The World Methodist Museum’s historical and theologically significant collections are moving in May to SMU’s Bridwell Library, where public exhibits and opportunities for study will ensure their long-term integrity and accessibility.

The collections tell the story of Methodism, which began in England with brothers John and Charles Wesley meeting as a small student group at Oxford University in the early 18th century before their mission work carried their beliefs to the American colonies and beyond.

Portraits of the early founders are included, plus rare books, manuscripts, letters, and the traveling pulpit of John Wesley. 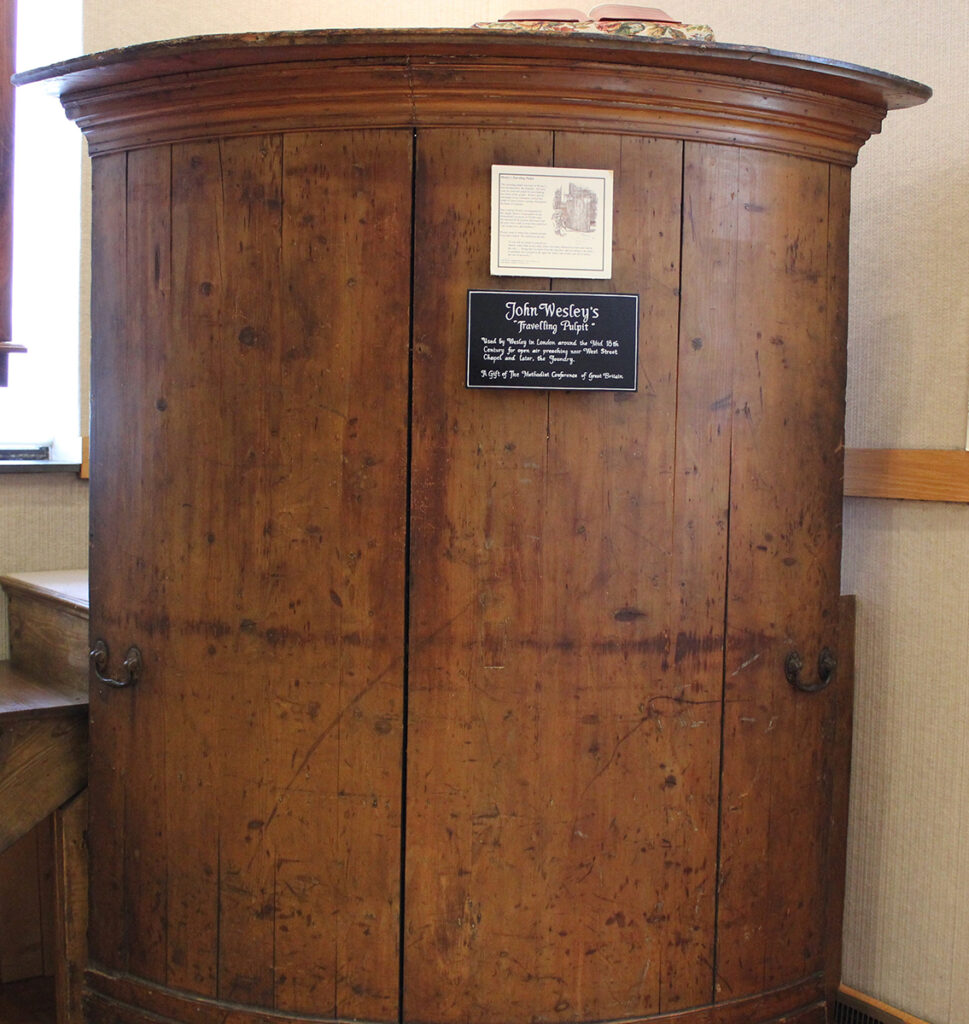 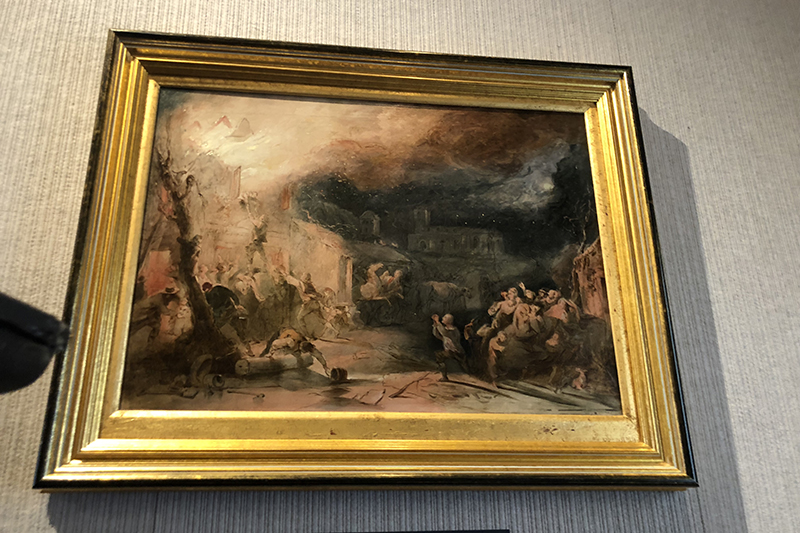 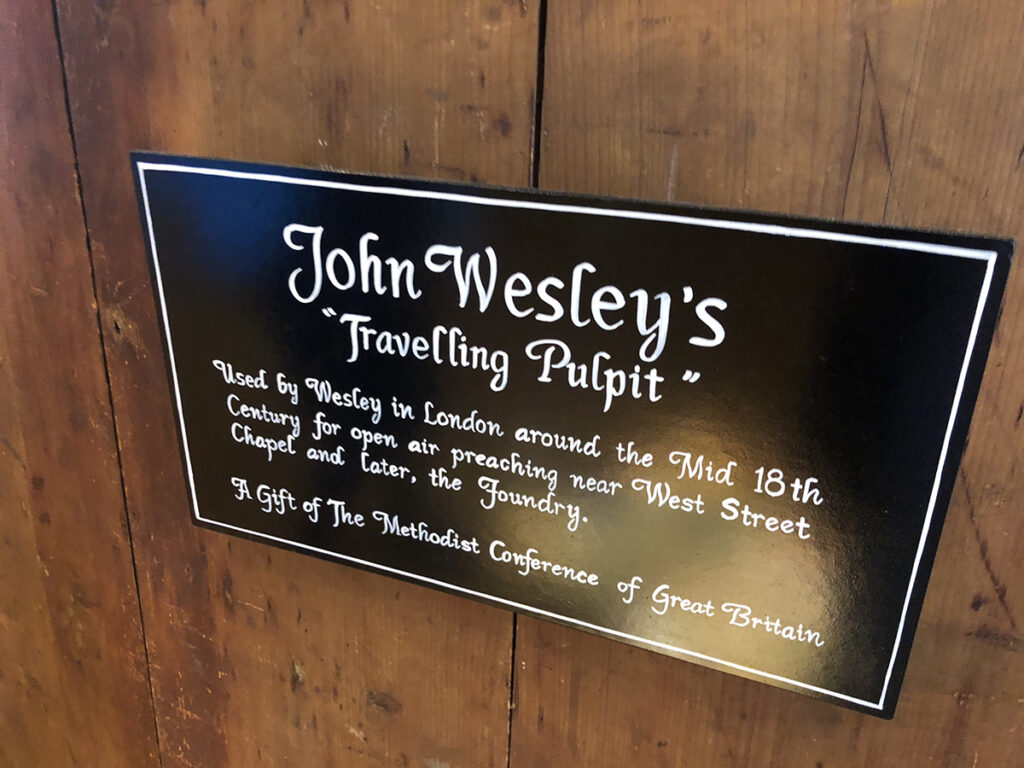 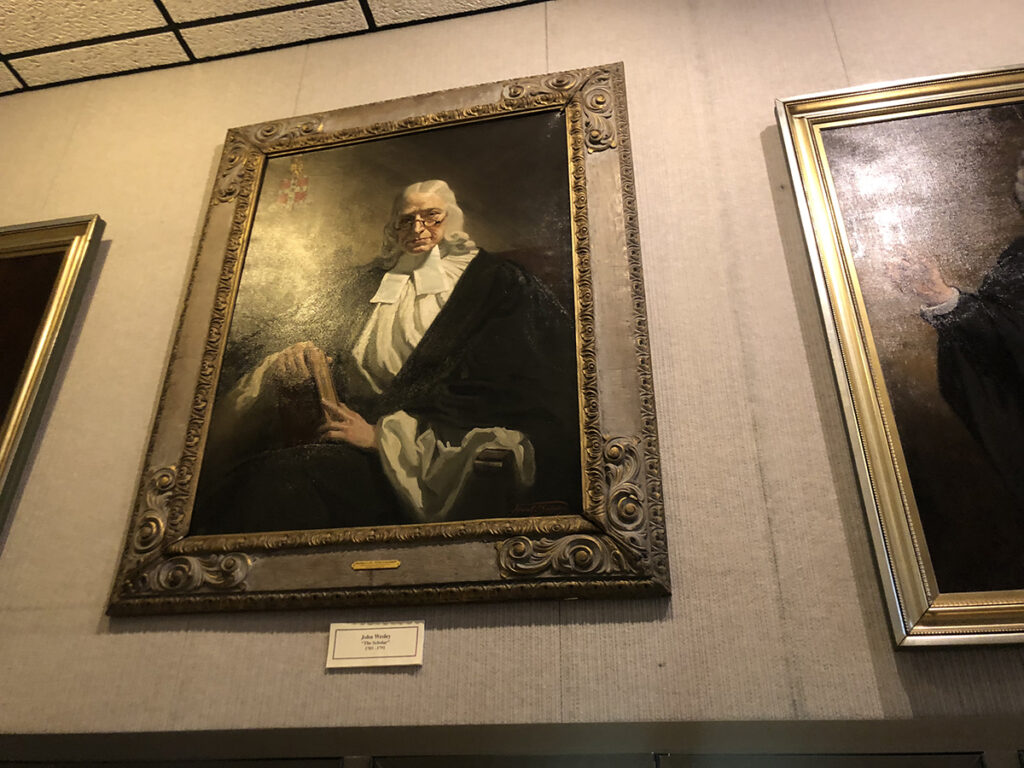 One painting depicts the young John Wesley’s rescue from a fire that consumed the family home in Epworth, England. “Is not this a brand plucked as from the burning” became a verbal and visual motif and mantra for Wesley’s life.

“We are very proud to assume the responsibility for these collections, which tell the very human stories behind the faith and vision of the Wesley brothers and illuminate the impact they have had on Christianity,” said SMU President R. Gerald Turner.

Part of the collections focuses on Charles Wesley, who wrote more than 9,000 hymns and poems, including such interdenominational favorites as “Christ the Lord Is Risen Today” and “Hark, the Herald Angels Sing.”

Craig Hill, dean of SMU’s Perkins School of Theology, said the acquisition would enhance Bridwell’s standing as a global center for students of Wesley and the world Methodist traditions.

“Wesley Studies has always been a strong point of Perkins, and this gift creates new and undreamed-of prospects for its future,” he said.

Did You See Fox Creeping to Stadium?