Then and Now: Floyd and Johnetta Burke at SMU, Where they met in 1964, and on their front porch recently. Though The Wicker basket storefront (as seen in a 1981 photo) has closed, the burkes still provide altar flowers and other arrangements, and Johnetta repairs and refashions jewelry. PHOTOS: Courtesy The Burkes
Business Park Cities Preston Hollow
May 10, 2021May 10, 2021 Evelyn Wolff 0 Comments Flowers, Not Forgotten, Plants, Shop Closed, Wicker basket

On a Friday in March, Floyd and Johnetta Burke were making sure Presbyterians, Methodists, and Catholics would have palm branches for Palm Sunday services – just as they have done for many years.

The Burkes closed their retail shop, The Wicker Basket, in 2019, but devoted patrons still call for poinsettias at Christmas, altar flowers for funerals, and unique blooming gifts.

Longtime residents will remember the little shop on Eastern Avenue, which Julie Weissert founded in 1981.

Sneak one of your favorite vases or containers out of the house, and let me create a beautiful arrangement for any special occasion.

Floyd and Johnetta were looking for a business they could do together and had bids on three: the Jack in the Box on Lovers Lane, The Wicker Basket, and another florist.

After all three proposals were accepted one afternoon, they weighed their options and went with The Wicker Basket.

“I was inspired by Miss Cane’s in Bossier City, Louisiana,” Johnetta said. “It was an antique shop that had been a florist, and I thought I could use antique and vintage containers to create beautiful arrangements.”

Johnetta is not one to throw something broken away. She loves old things and loves repurposing them. Over the years, she has filled garden trugs, watering cans, and bird feeders with violets, begonias, Gerber daisies, and greenery. 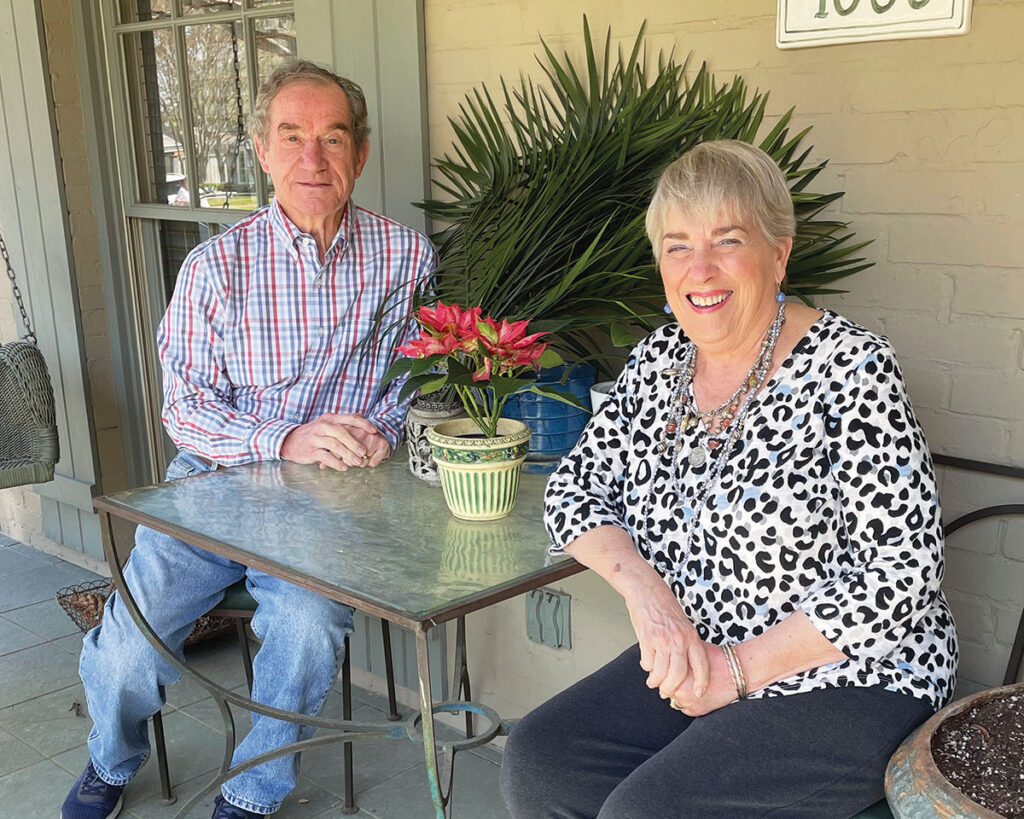 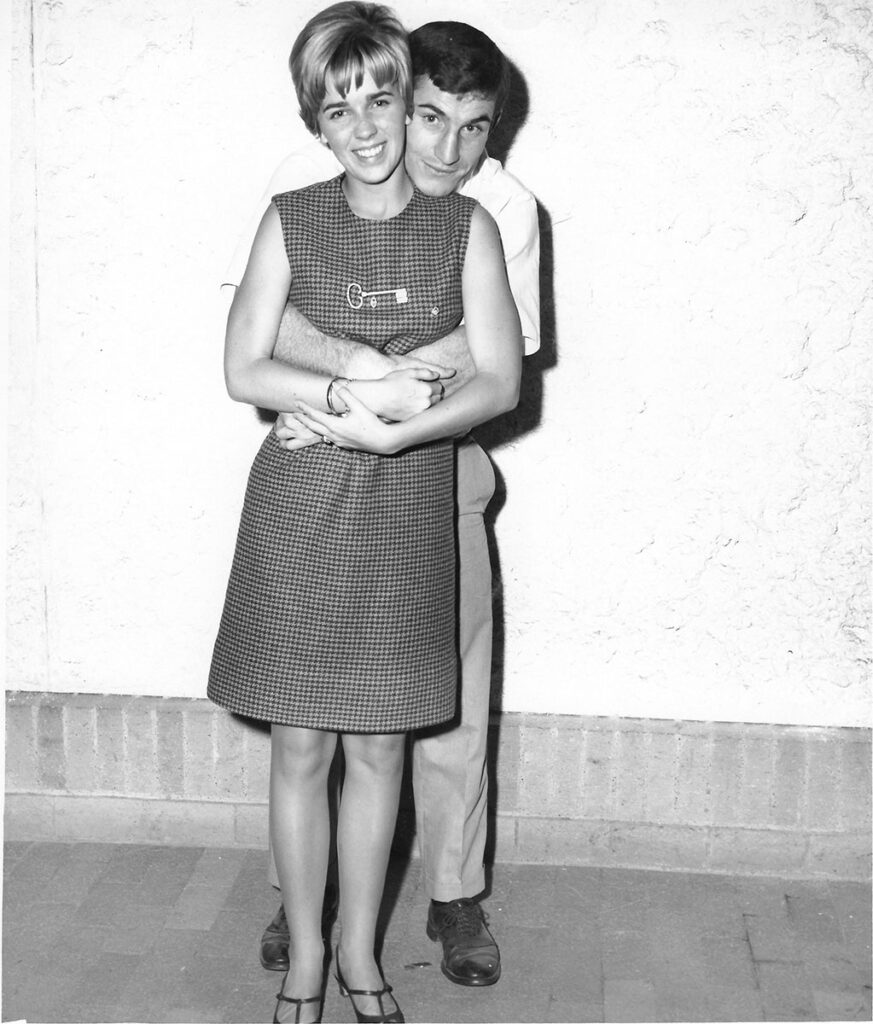 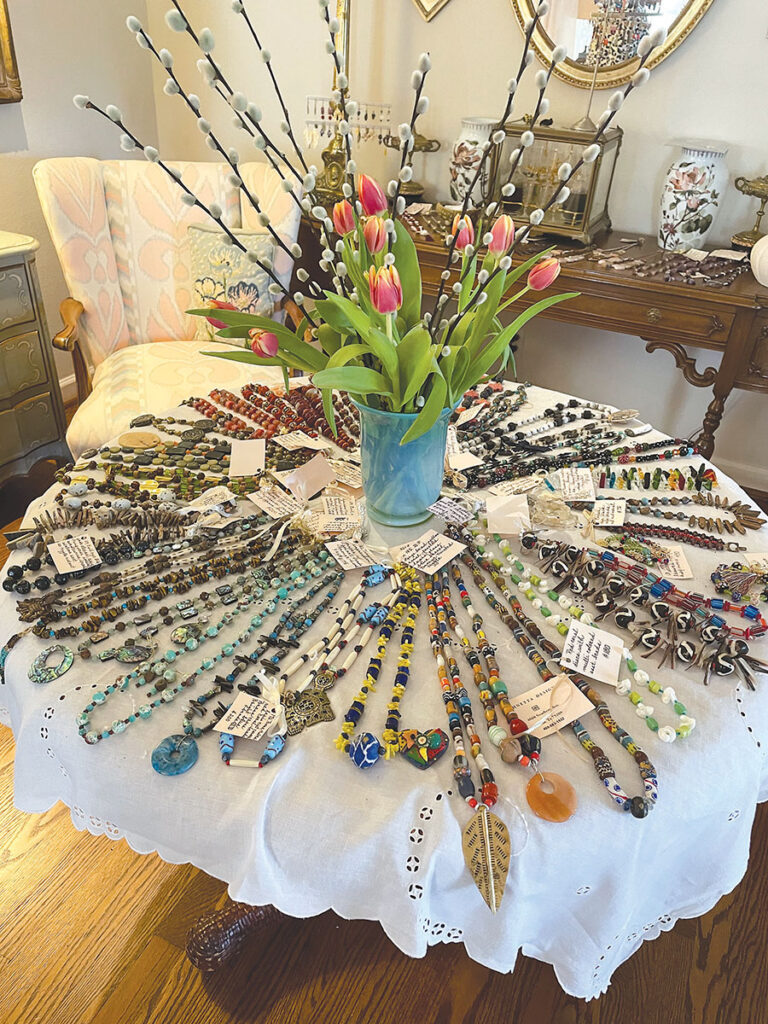 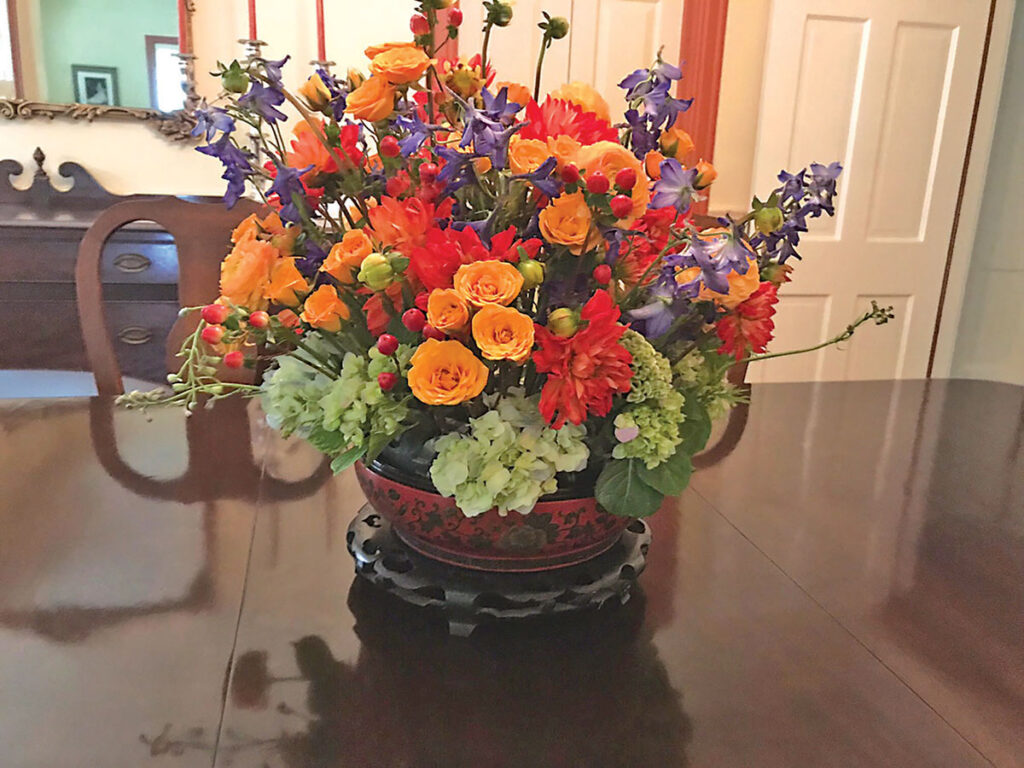 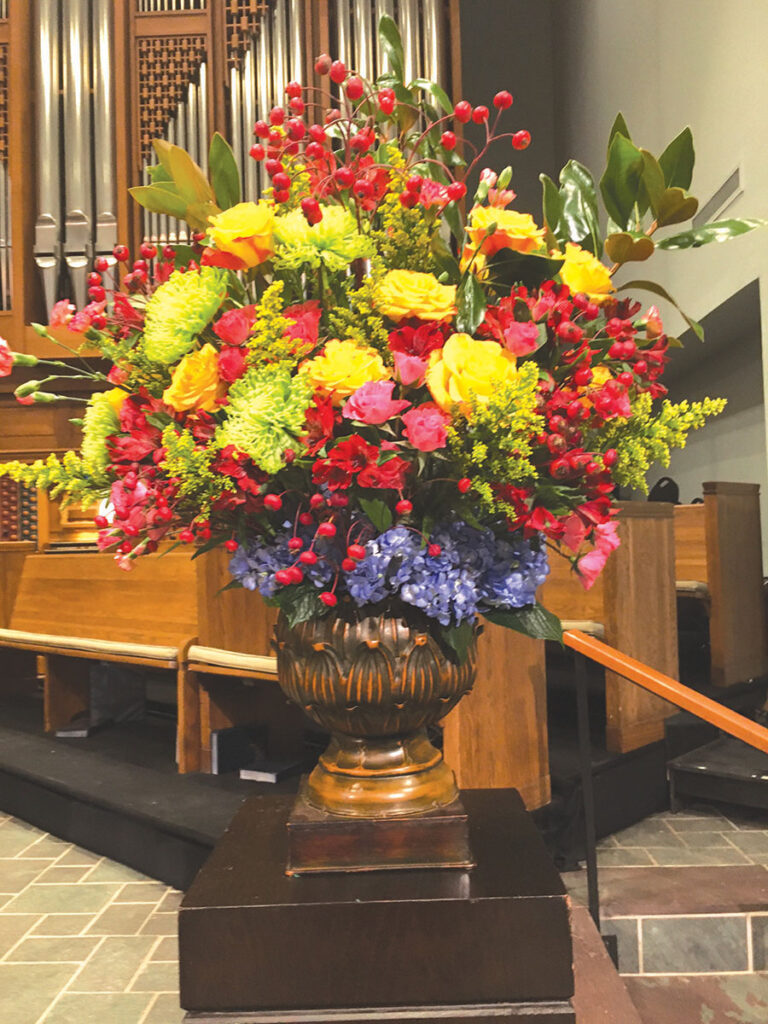 Floyd had been recruited from his high school in Amarillo to play running back for the Mustangs and was studying business. He took a ceramics class, and just across the hall, hometown girl Johnetta Alexander was taking Intro to Drawing.

“Floyd was fast, but I was faster and chased him down,” she said. “We married in April of 1968 and graduated together that May.”

The newlyweds lived in an apartment on Dickens and then managed two apartment complexes before purchasing a home on Southwestern Boulevard in 1971. The two-bedroom, two-bath house was bursting at the seams as they welcomed their first two sons, Andrew and Spencer. Johnetta was expecting their third son, Nathan, when they underwent a massive remodel and added a second story.

“There were 44 children under six who lived on that block of Southwestern,” Floyd said. “Almost all of them played on very successful boys and girls soccer teams. Everything the kids were involved in, one of us attended.”

Today the Burkes live in a jewel box of a house on Southern Avenue in West Highland Park – the same neighborhood where Johnetta grew up. With cans of “oops” paint, Johnetta painted Wedgwood blue and geranium pink rooms to showcase the antiques they have collected over the past 53 years. Johnetta’s motto: “I know I can make this something beautiful.”

“I love it when people bring me their containers for me to fill with cut flowers or plants,” she said. “Sneak one of your favorite vases or containers out of the house, and let me create a beautiful arrangement for any special occasion.”

Let’s Roar for Mothers and May