For all the accomplishments of the 2021 Highland Park boys soccer season — the first outright district title in 23 years, the first playoff appearance since 2017 — it remained a team void of postseason experience going into its Class 5A Region II bi-district playoff against Corsicana.

As the clock neared 11 p.m. on Friday in a game that had gone 100 minutes without a goal, the Scots found their season riding on the bane of the soccer purist, a shootout.

“Playoff experience is important in a moment like that,’’ said HP head coach Salvador Richie. “I talked with my guys about it, but it is one of those things they have to experience for themselves.’’

Corsicana, shooting first, confidently grabbed the lead on Angel Ibarra’s spot kick and followed it with three more successful penalties by Damian Briones, Leo Garcia and the clincher by Fernando Sanchez to win the shootout 4-1 and end HP’s season. 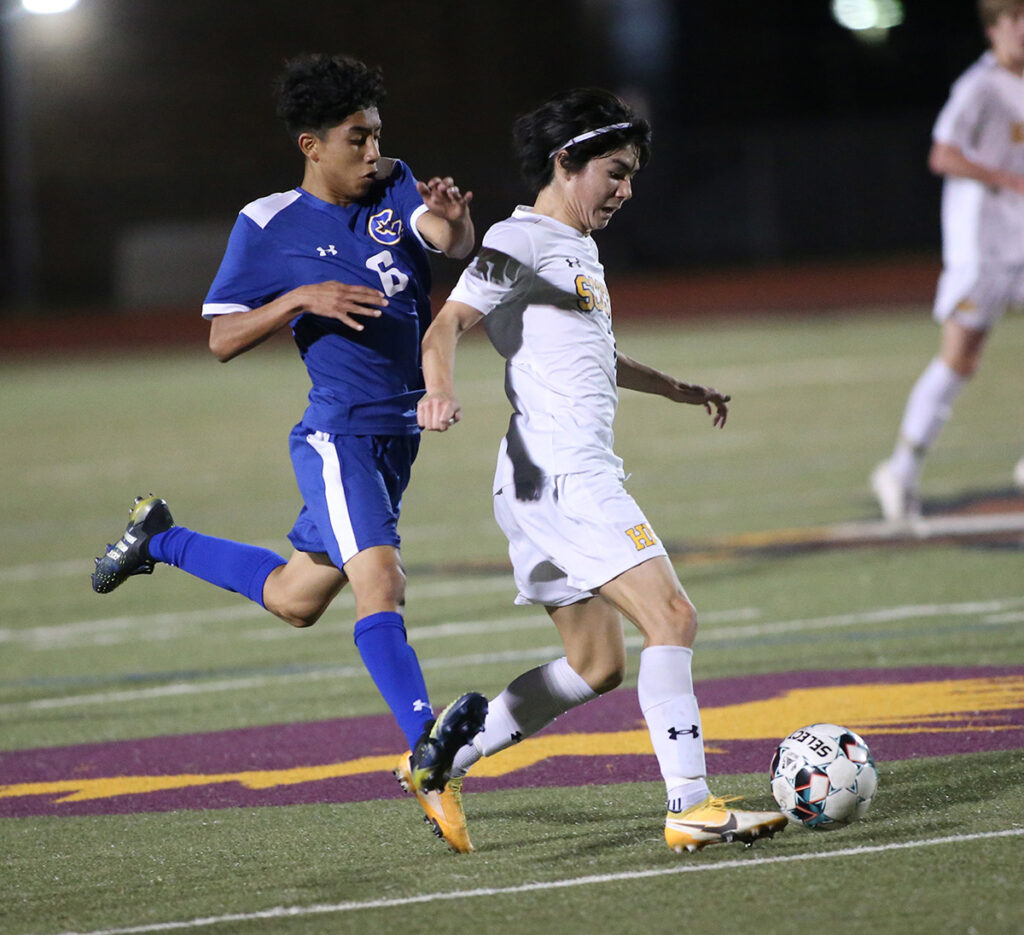 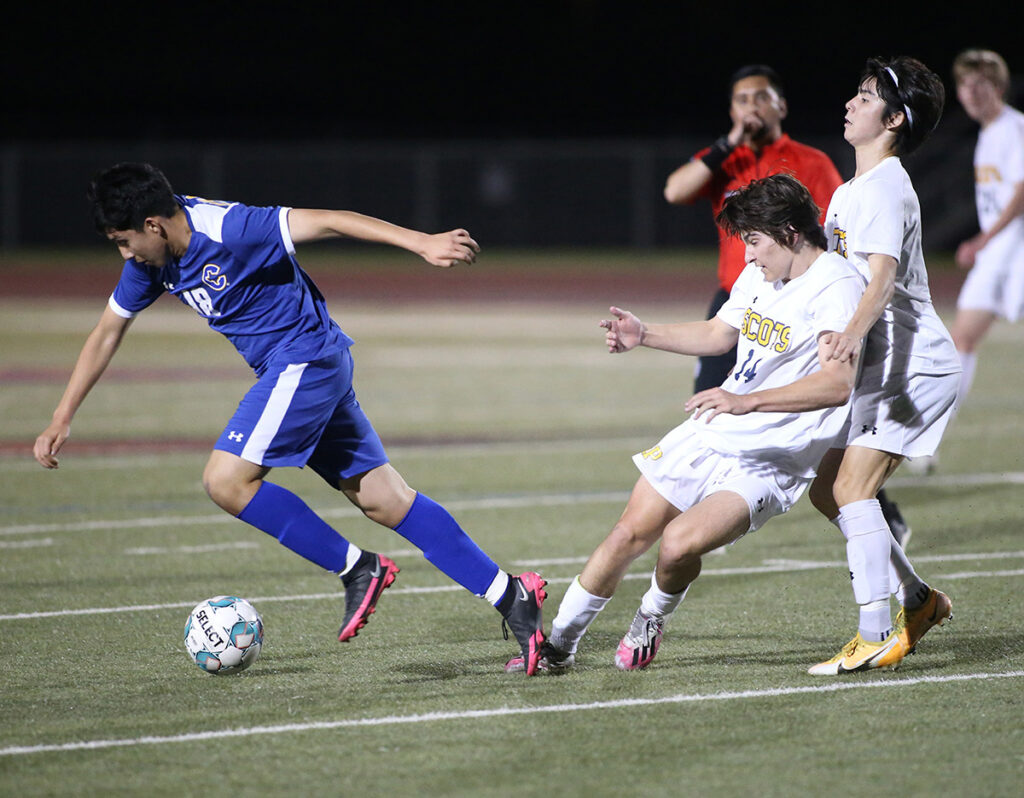 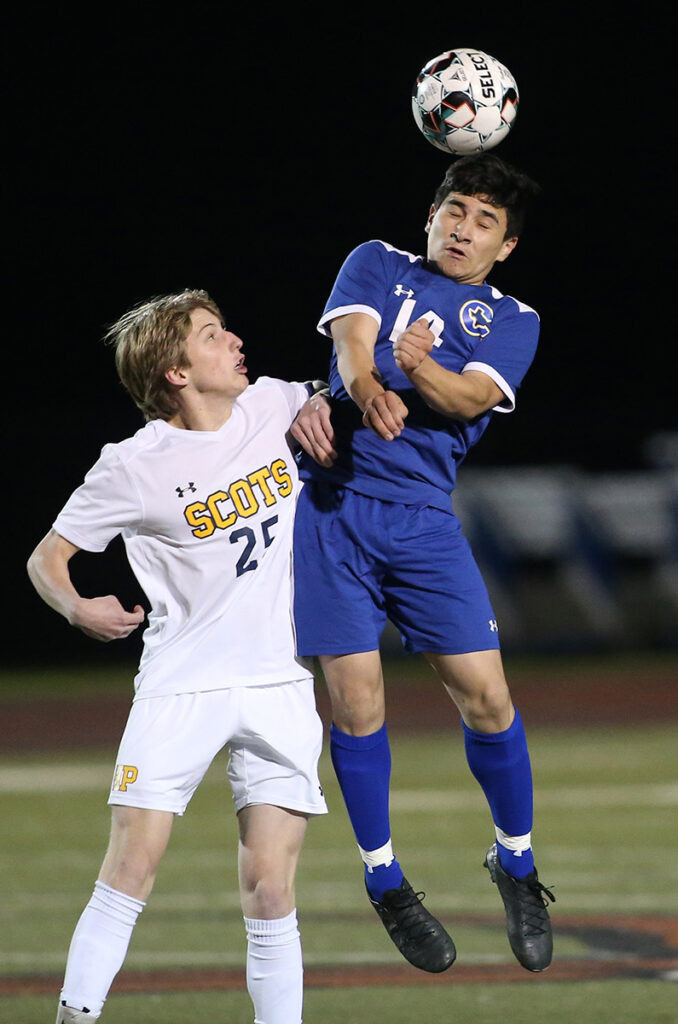 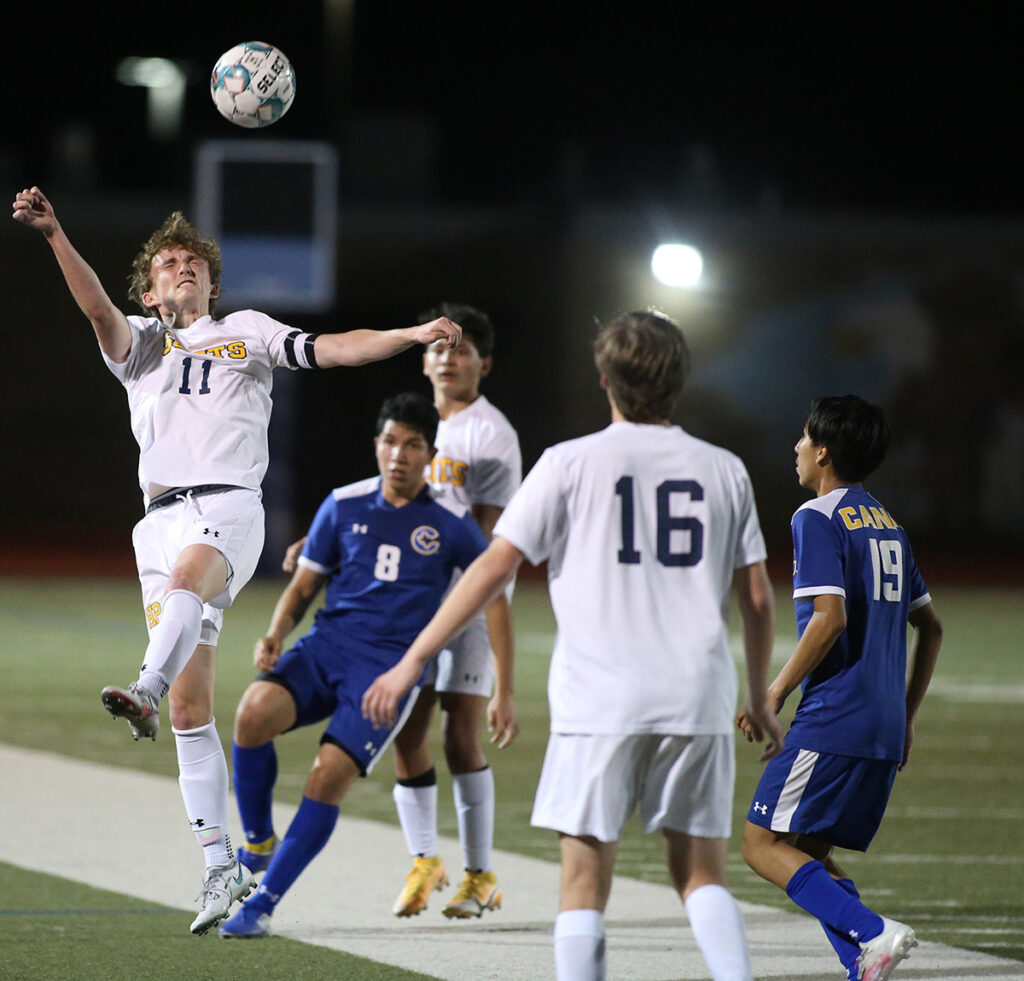 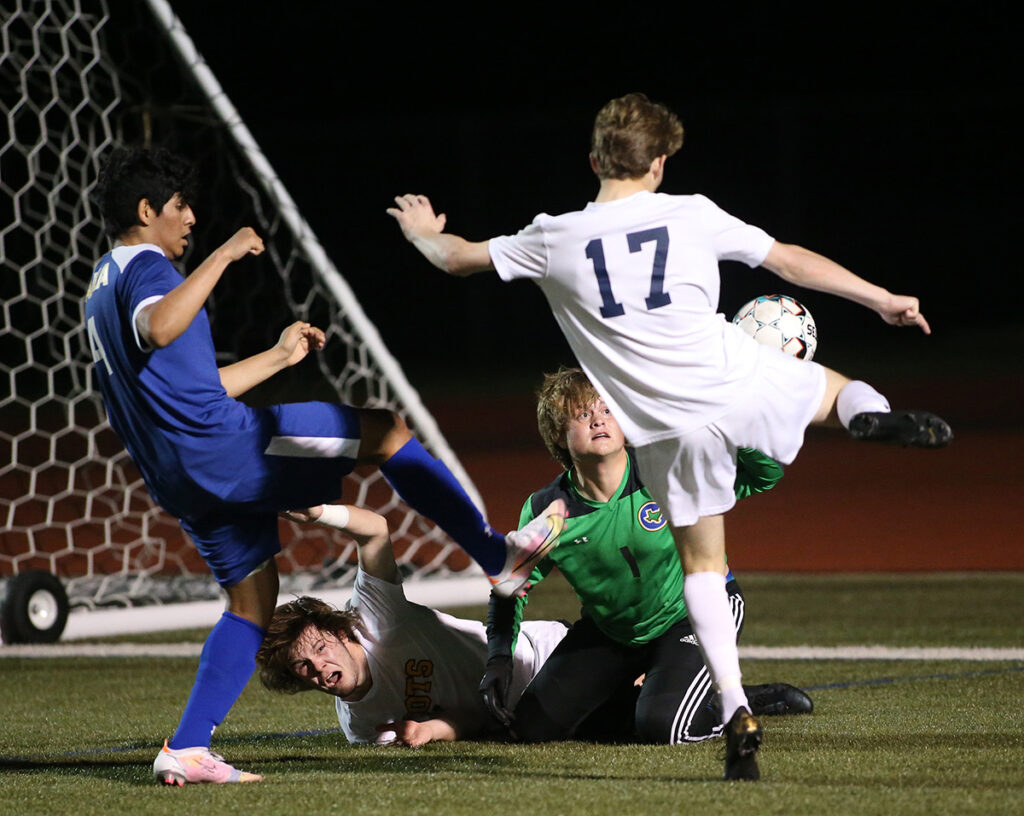 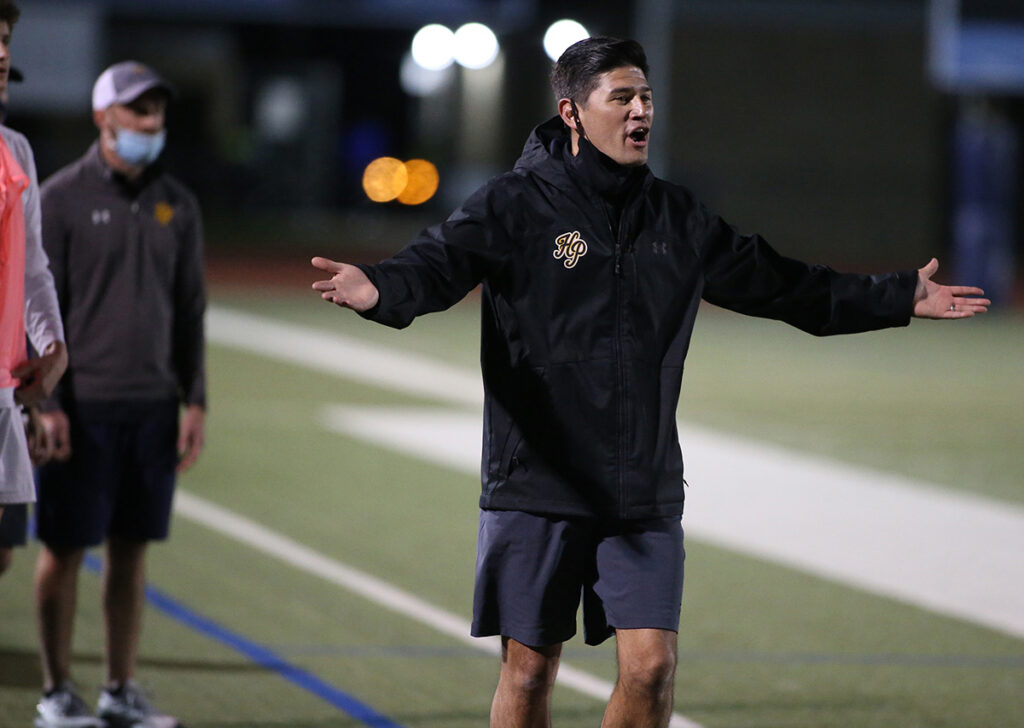 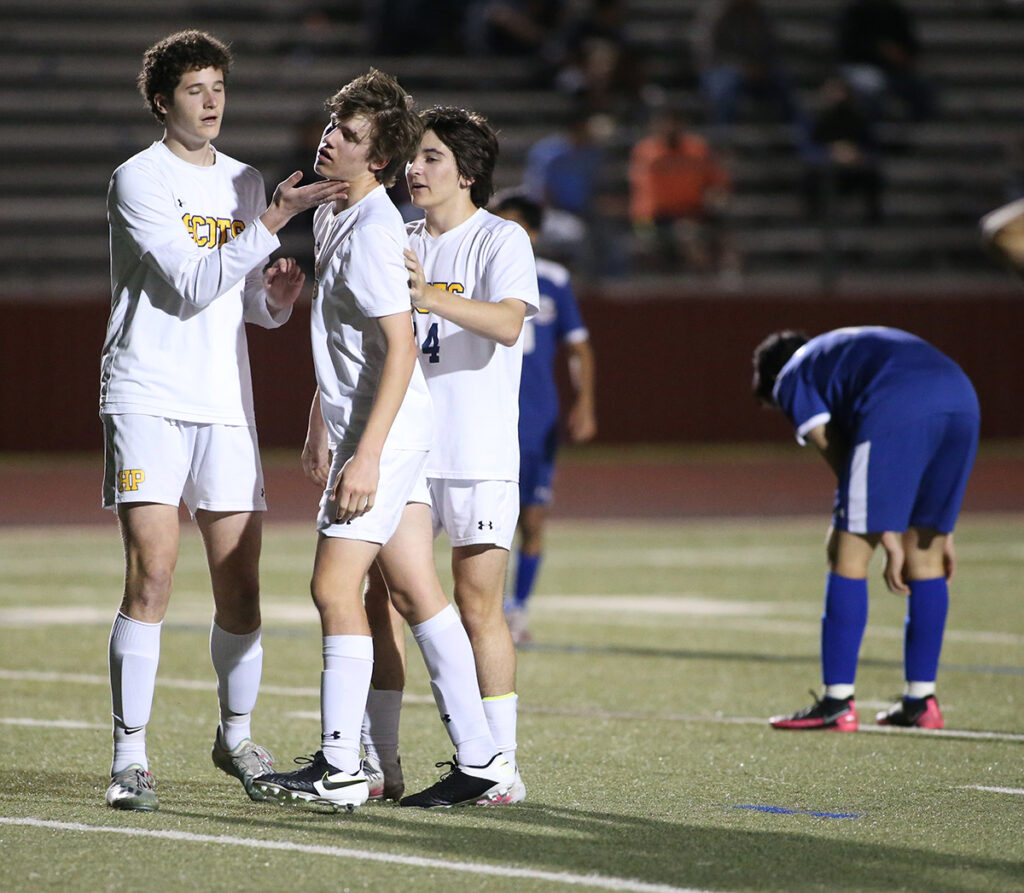 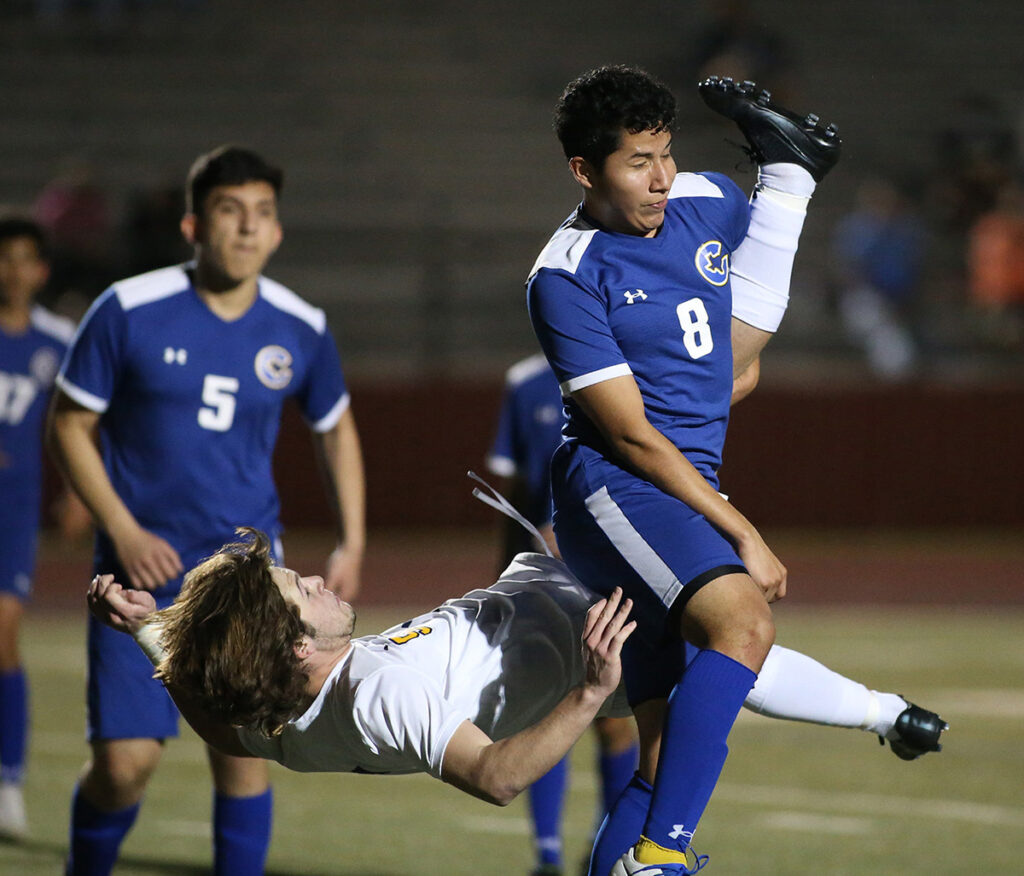 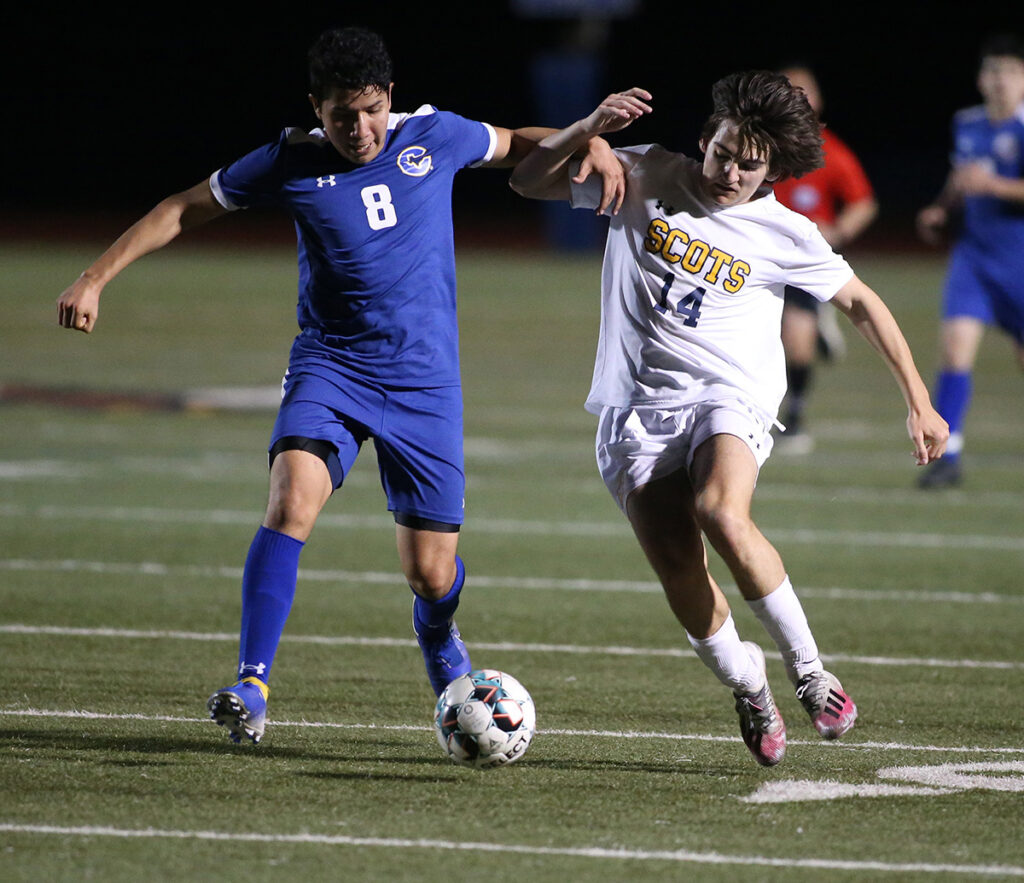 While its fourth-place finish in District 14-5A and its 10-7-3 record may not be as impressive, Corsicana is in the postseason for the fourth consecutive year.

It marked the first time this season the Scots (16-3-4) had a game decided by a shootout. Richie estimated his team had taken only five or six penalties in matches all year, although they are practiced frequently.

Converting for HP was its second shooter, Jack Krejs. One failed attempt hit the post and the other was deflected by the Corsicana keeper.

During regulation play, the Scots produced the better scoring chances but lacked the finish.

“I’m extremely proud of the guys,’’ said Richie. “It was a great season for us. Our young guys gained playoff experience for the future, but I feel bad for our seniors.’’

Earlier on Friday, goals were almost as scarce in the playoff opener for the HP girls, who defeated Red Oak 1-0 in overtime. In the second session of overtime, midfielder Quinn Cornog from close range drilled home the only goal.

The undefeated Lady Scots (18-0) had to deal with the injury of one of their top players. Hattie Patterson took a kicked ball in the face late in the first half and was transported by ambulance to a hospital with a possible concussion. 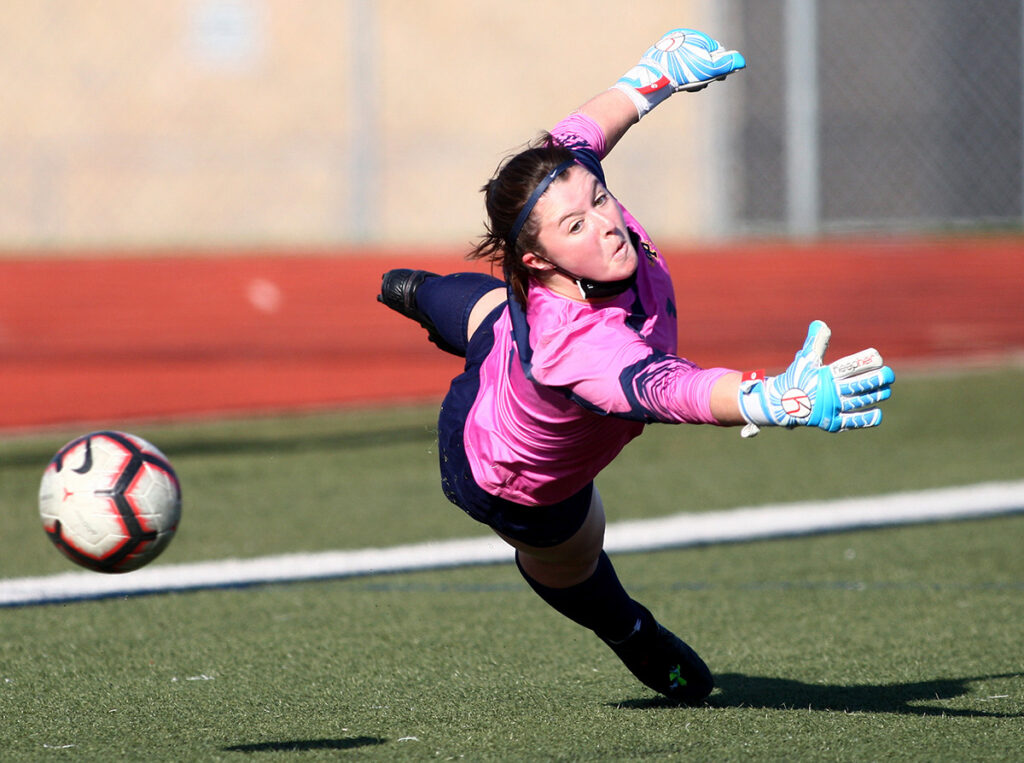 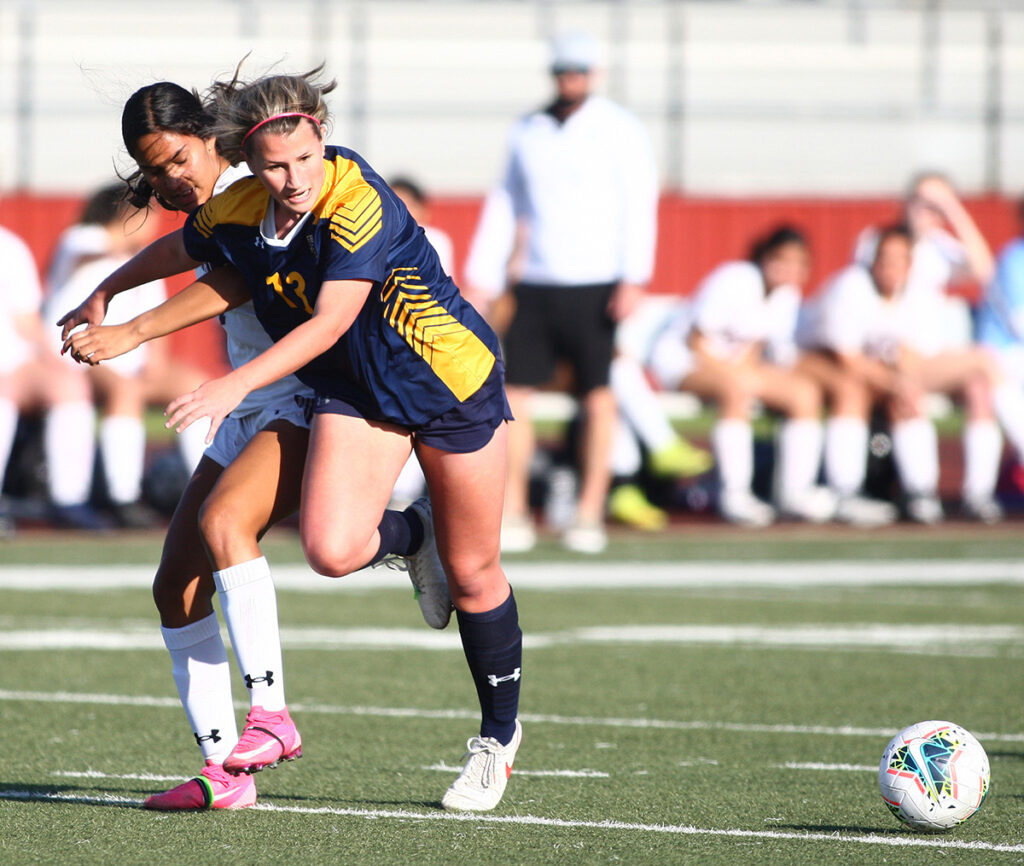 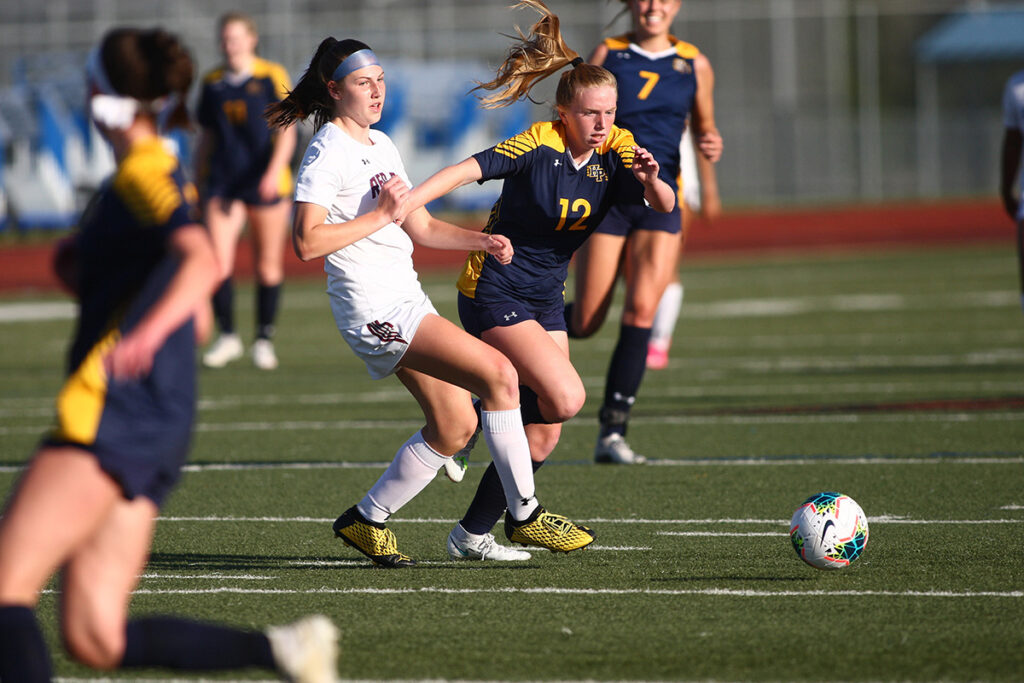 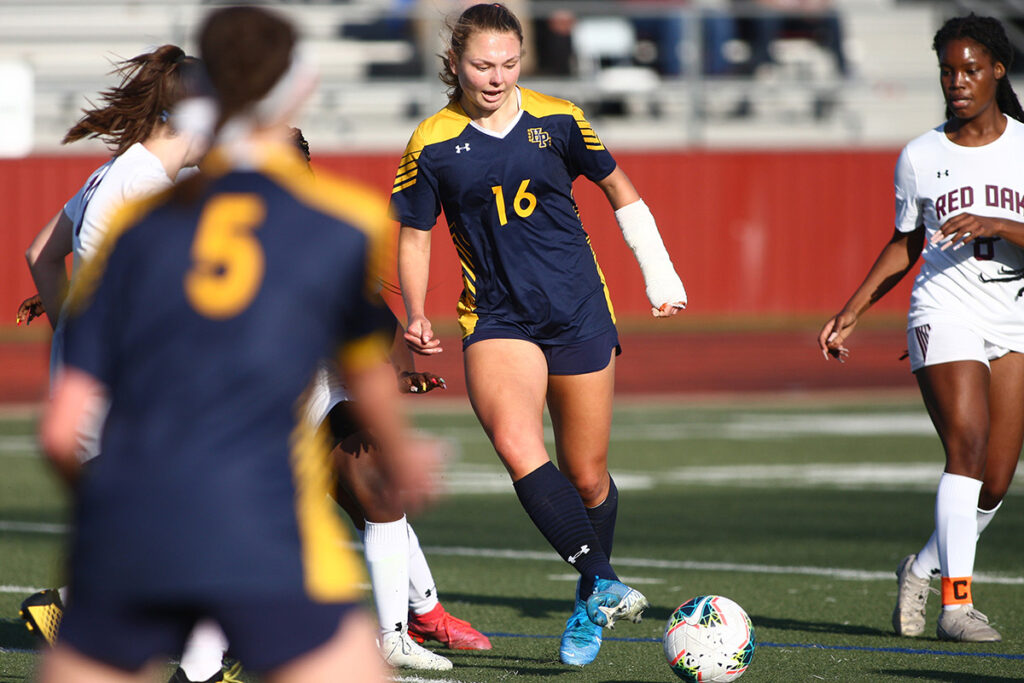 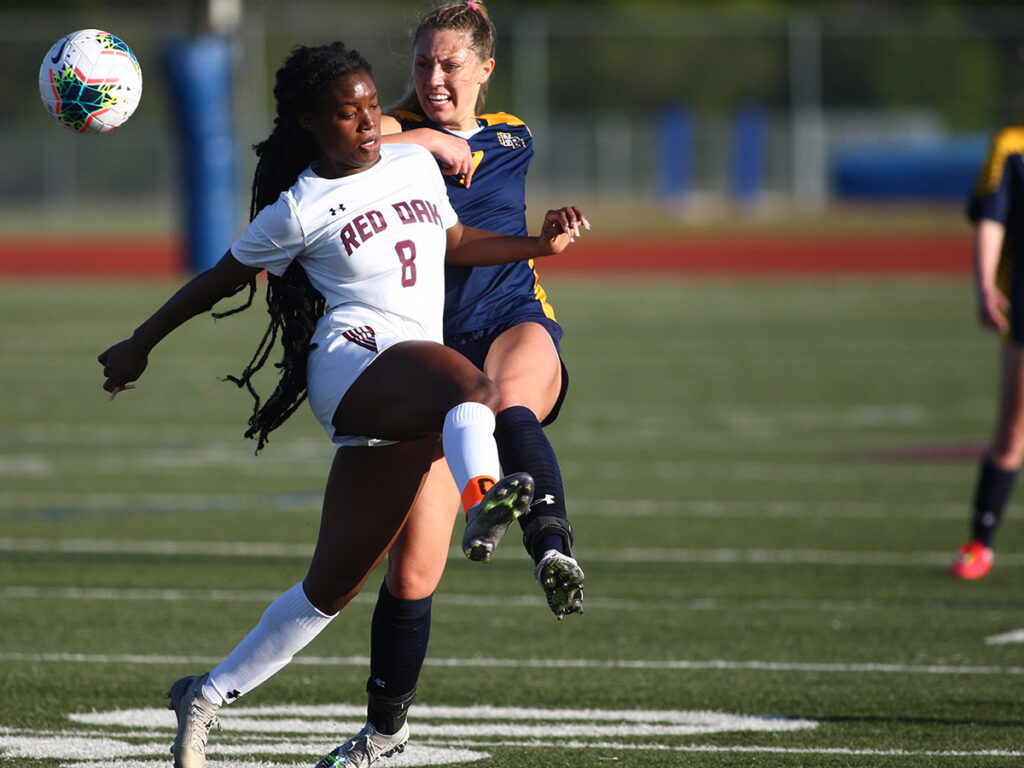 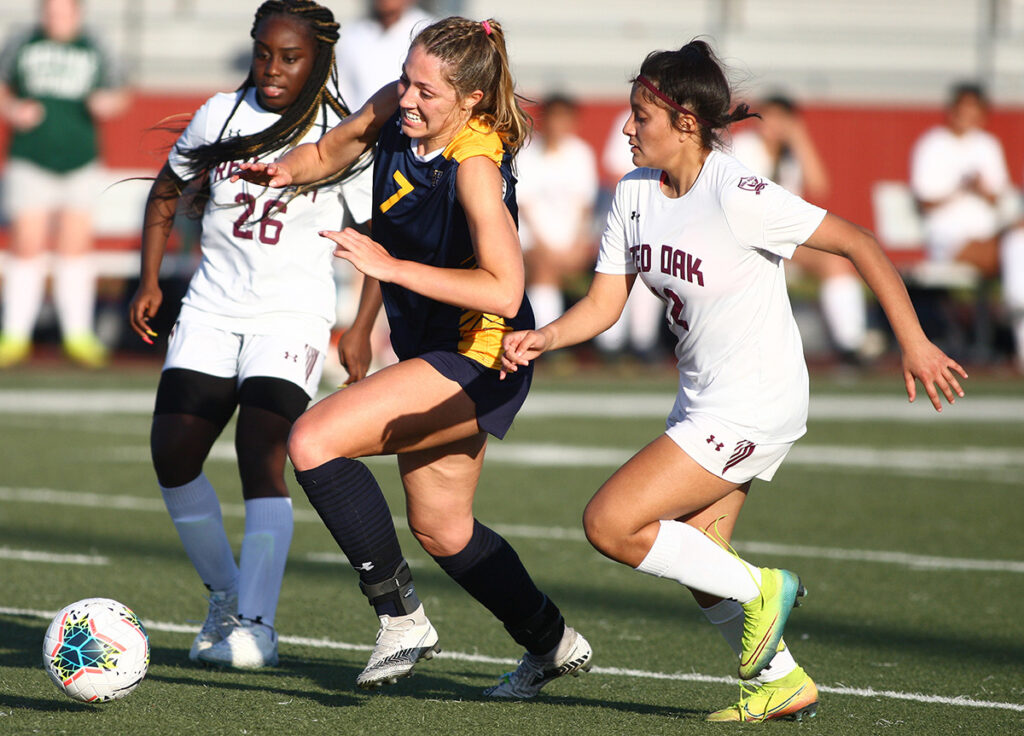 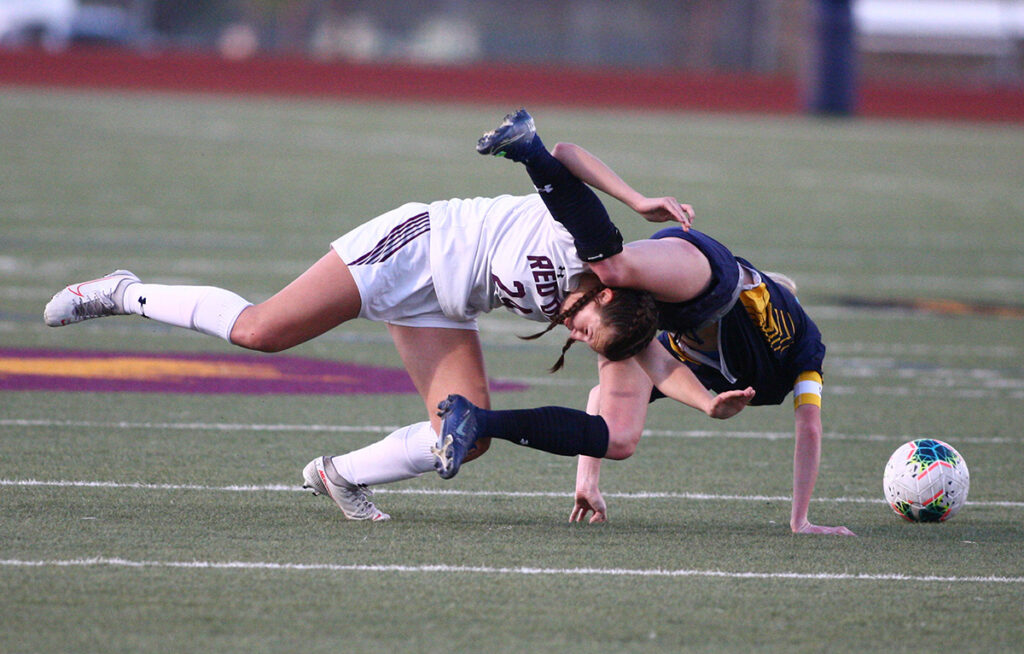 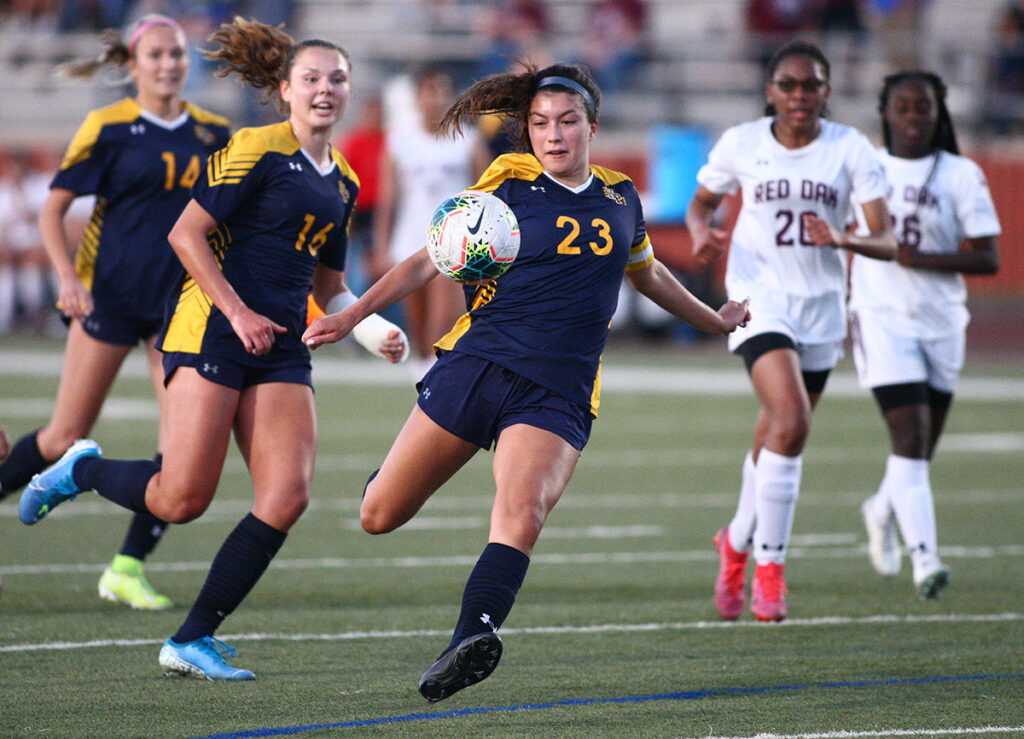 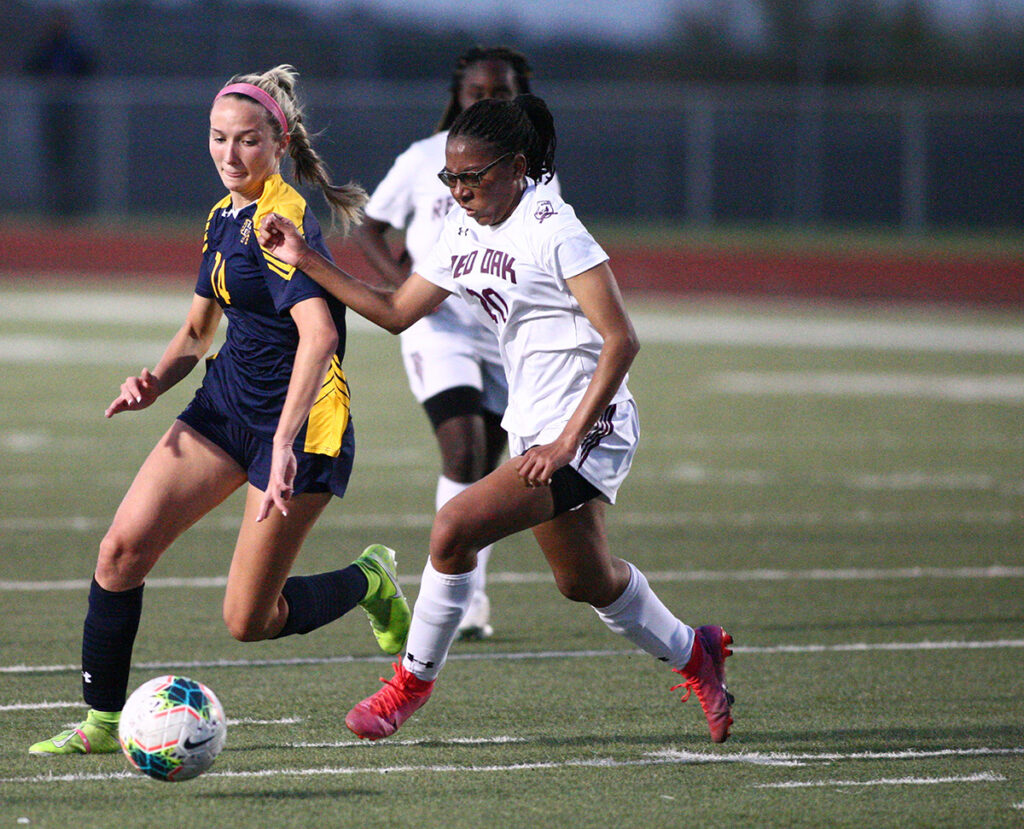 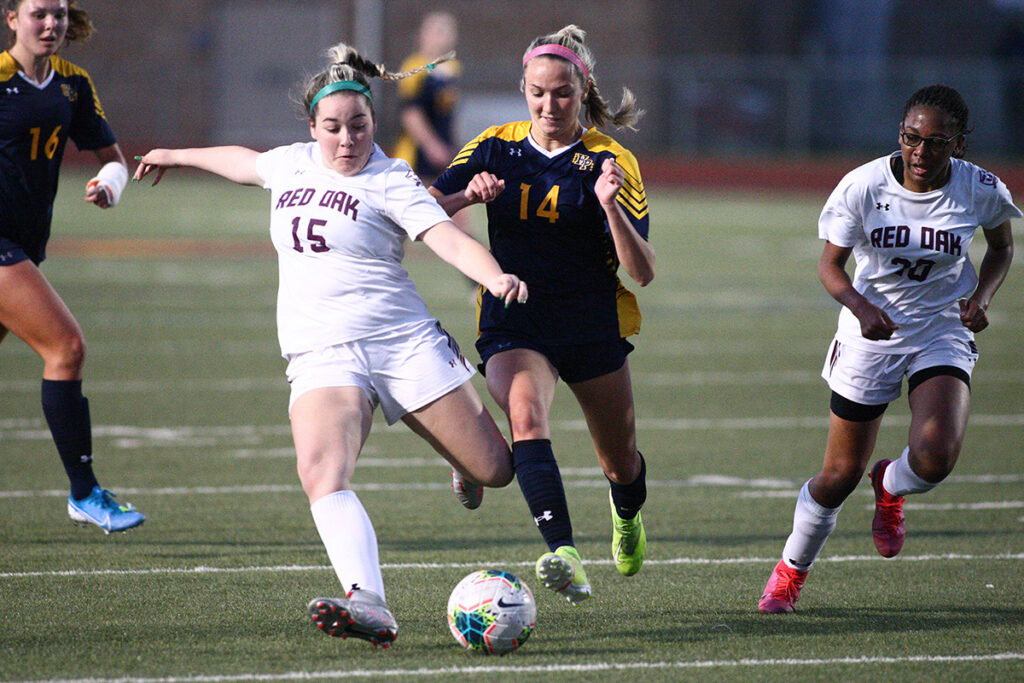 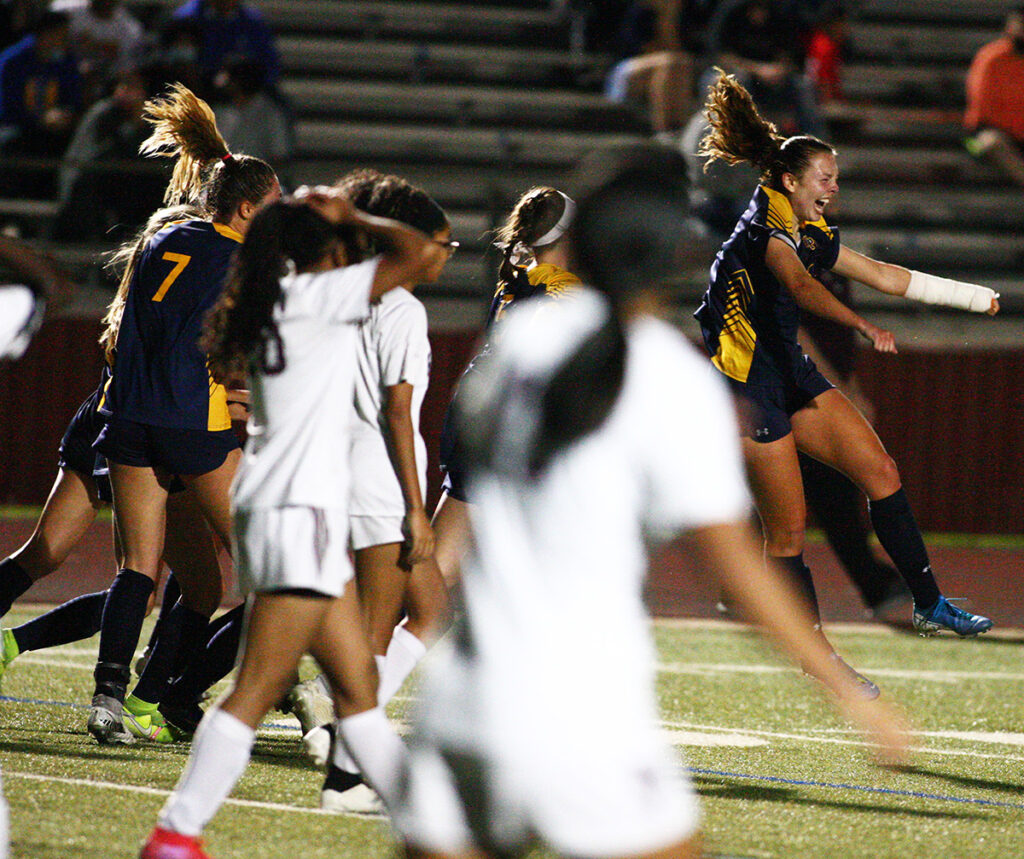 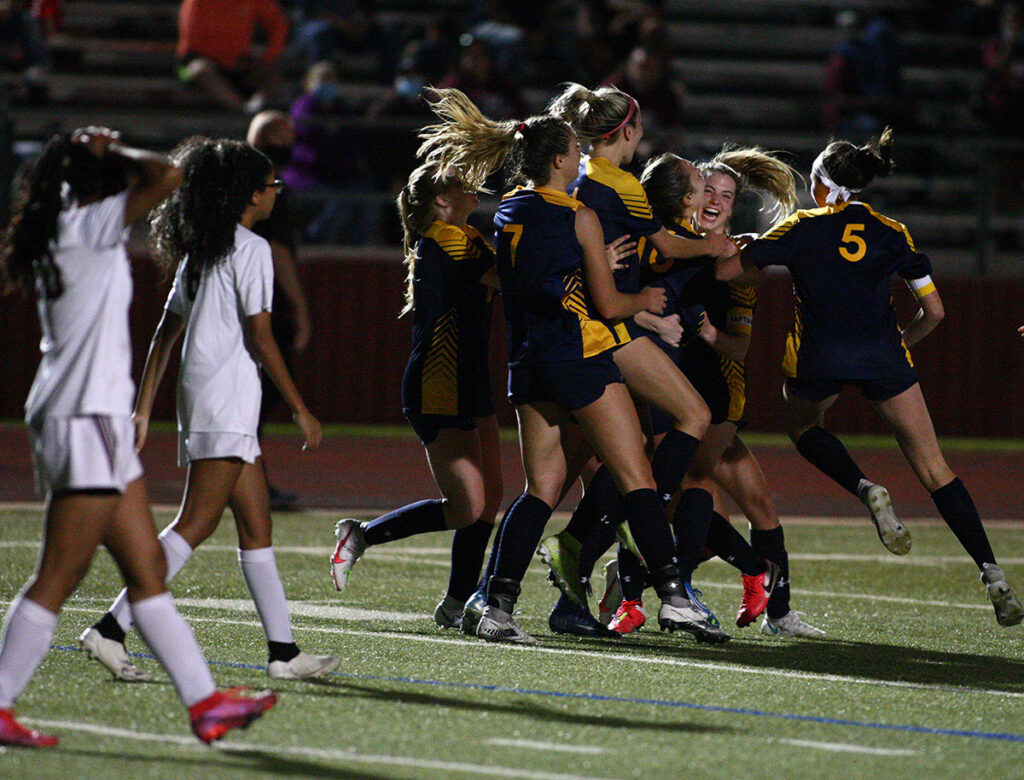 “When a teammate goes down, it got all of us a little shook,’’ said Cornog, a Vanderbilt signee who increased her team-high goal total to 28. “But we knew the goal would eventually come.’’

Kylie Bell provided the assist for the game-winning goal that came in the first minute of the second overtime session.

The defending 5A state champions advanced to face Mount Pleasant, a 1-0 bi-district winner over Lufkin, at 6:30 p.m. Tuesday in Greenville.

It was the first playoff victory for Jackie Hlavaty, a longtime assistant who ascended this season to head coach after Stewart Brown’s departure.

“We learned a lot about dealing with adversity,’’ Hlavaty said. “The way they responded when somebody you care about is down, this is a great group.’’

Red Oak (14-9-1), fourth seed from District 14-5A making its 14th consecutive playoff appearance, got a superb effort from goalkeeper Megan Fellows. She made a pair of point-blank saves on shots by Parker Hart and Bell in the first half.

The Lady Scots were also unlucky. Shots by Texas signee EmJ Cox and Hart in the 22nd minute deflected off the frame of the goal.

HP had more scoring chances in the second half, the best a wicked drive by Cox that Fellows deflected wide. HP keeper Claire Binns finished with her 15th clean sheet.

Goal Oriented: For HP Senior, Scoring Is A Specialty