During a game that featured both teams trading figurative playoff punches, Arlington dealt the knockout blow to Jesuit’s season.

The Colts scored three touchdowns in the final seven minutes to upset the Rangers 49-37 on Friday in a Class 6A Division II bi-district game at Postell Stadium.

One year after Jesuit made its longest UIL postseason run in program history, the Rangers were eliminated in the first round.

“It went back-and-forth the whole game. They just made the plays in the second half,” said Jesuit head coach Brandon Hickman. “Our kids fought and hung in there. The bounces didn’t go our way.”

Arlington made multiple big plays down the stretch to take control of a seesaw game that featured six lead changes. The Colts (5-5) gained a 35-31 advantage with 6:49 remaining on a 53-yard touchdown pass from Kris Sims to Jaylen Anderson — his second scoring reception of the game.

The Rangers (7-4) drove to the Arlington 6-yard line but turned the ball over on downs. On the next play, Arlington’s B.J. Rogers scampered 97 yards for a touchdown to extend the margin to 42-31 with just 2:21 left. 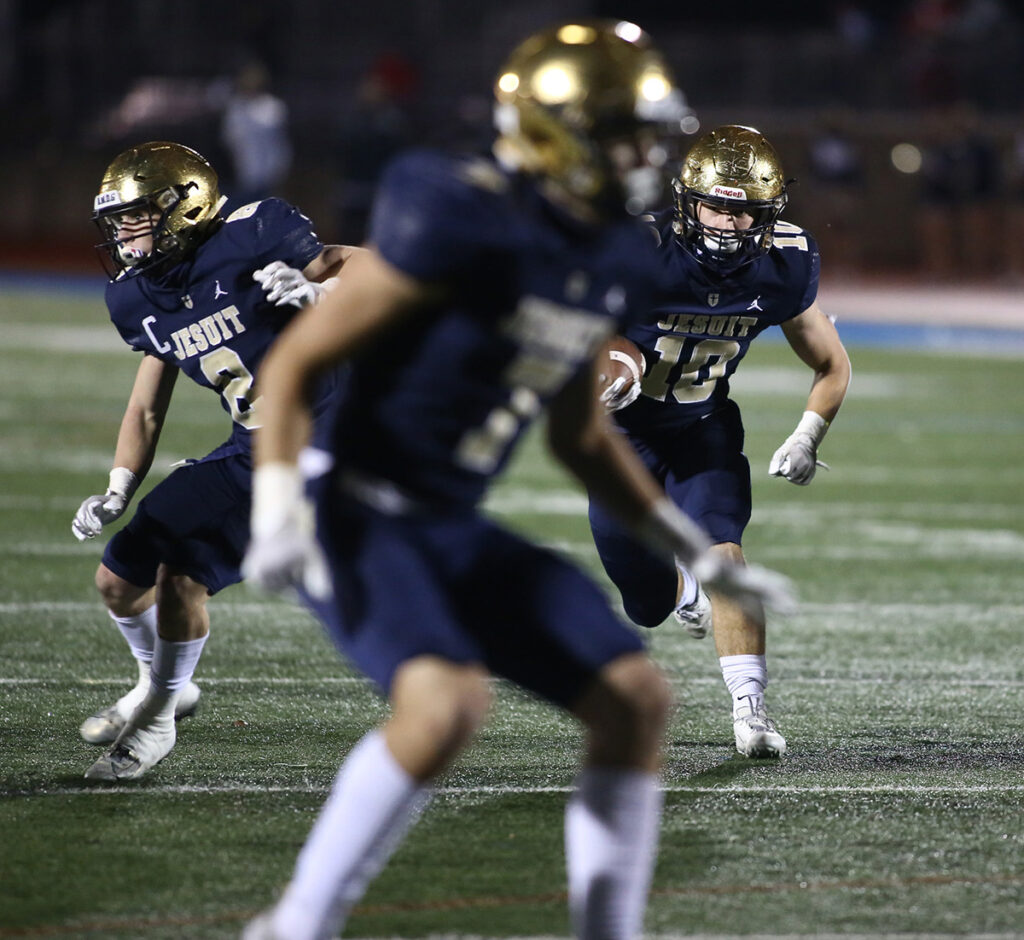 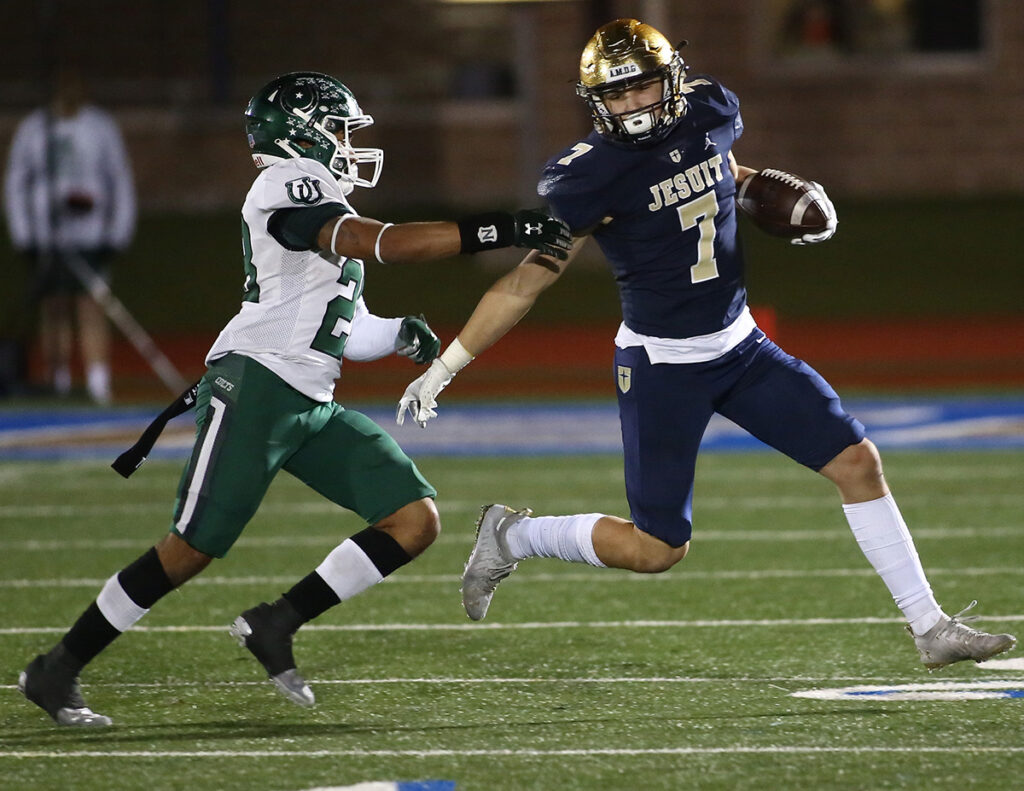 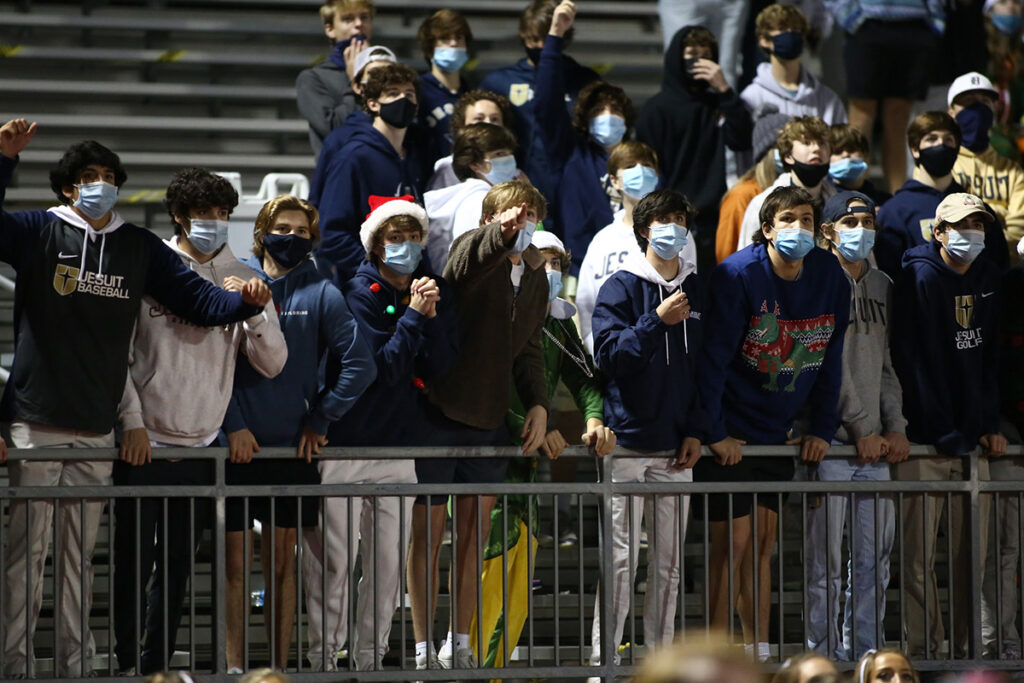 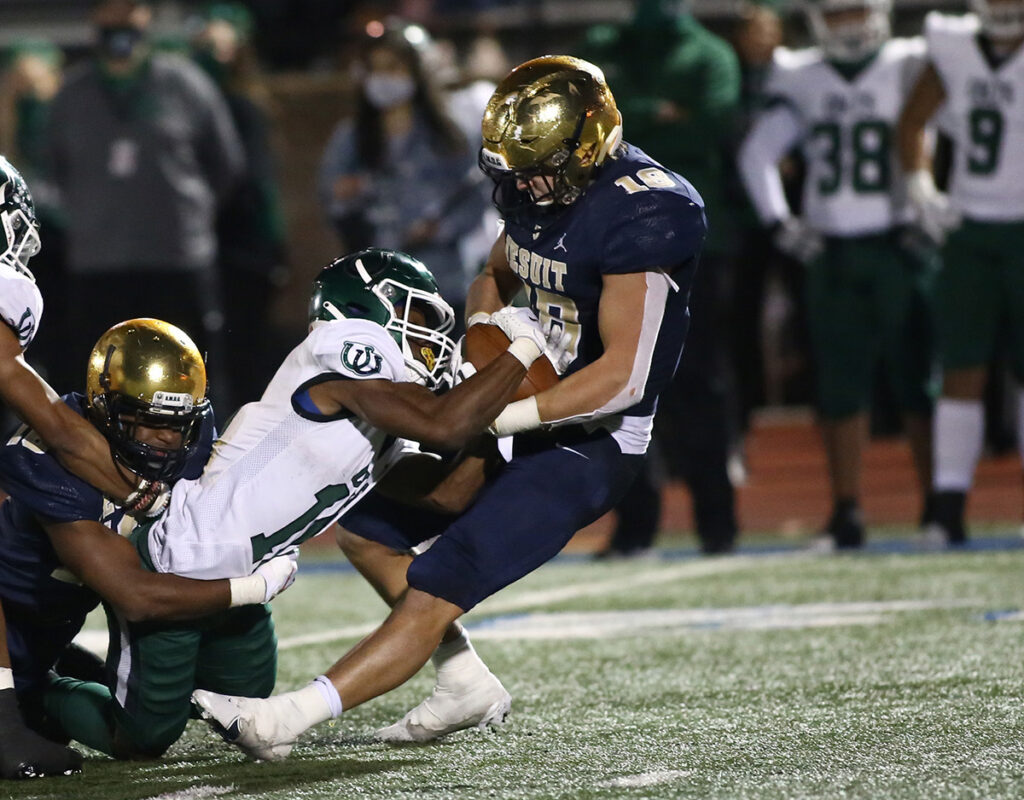 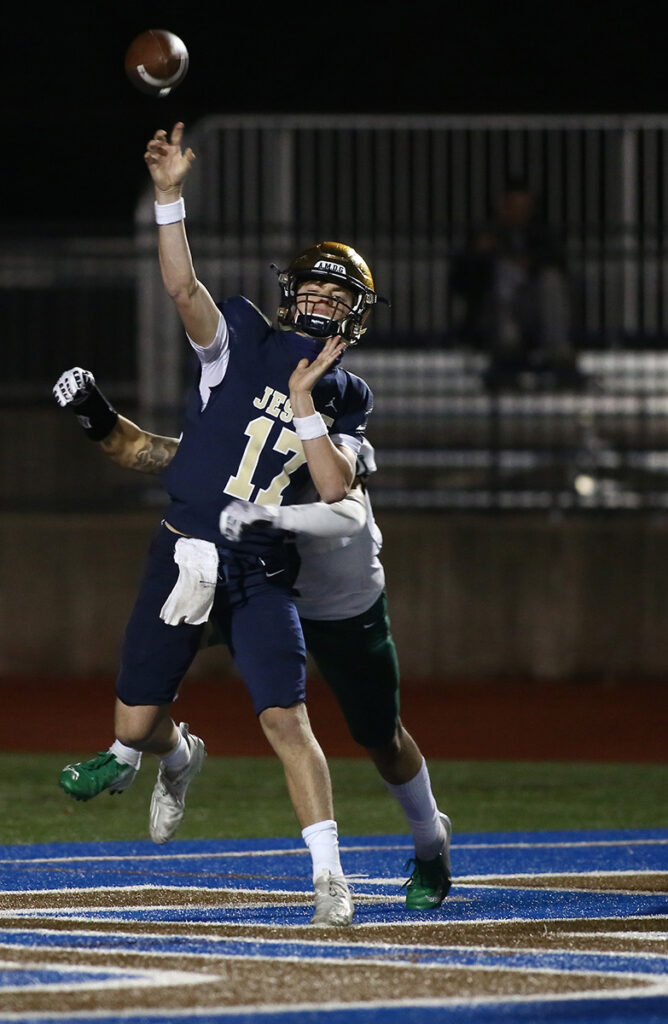 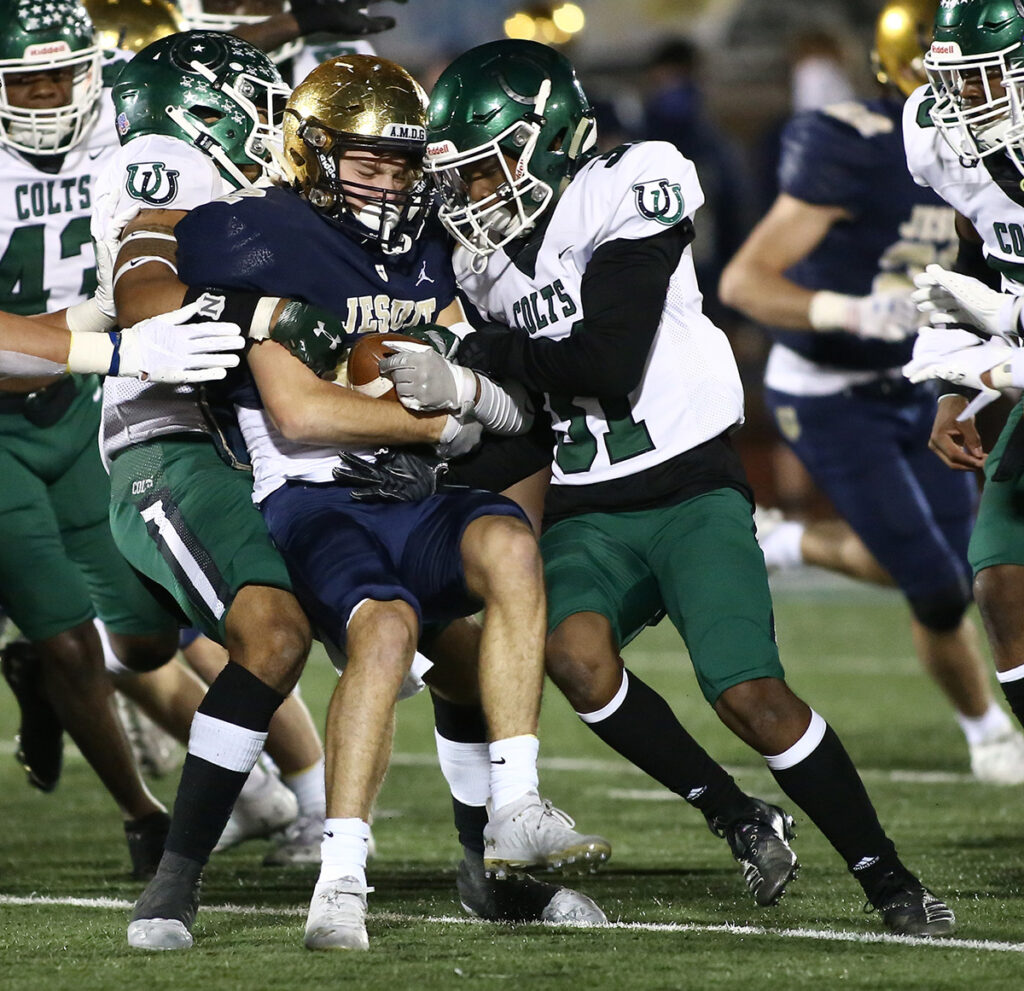 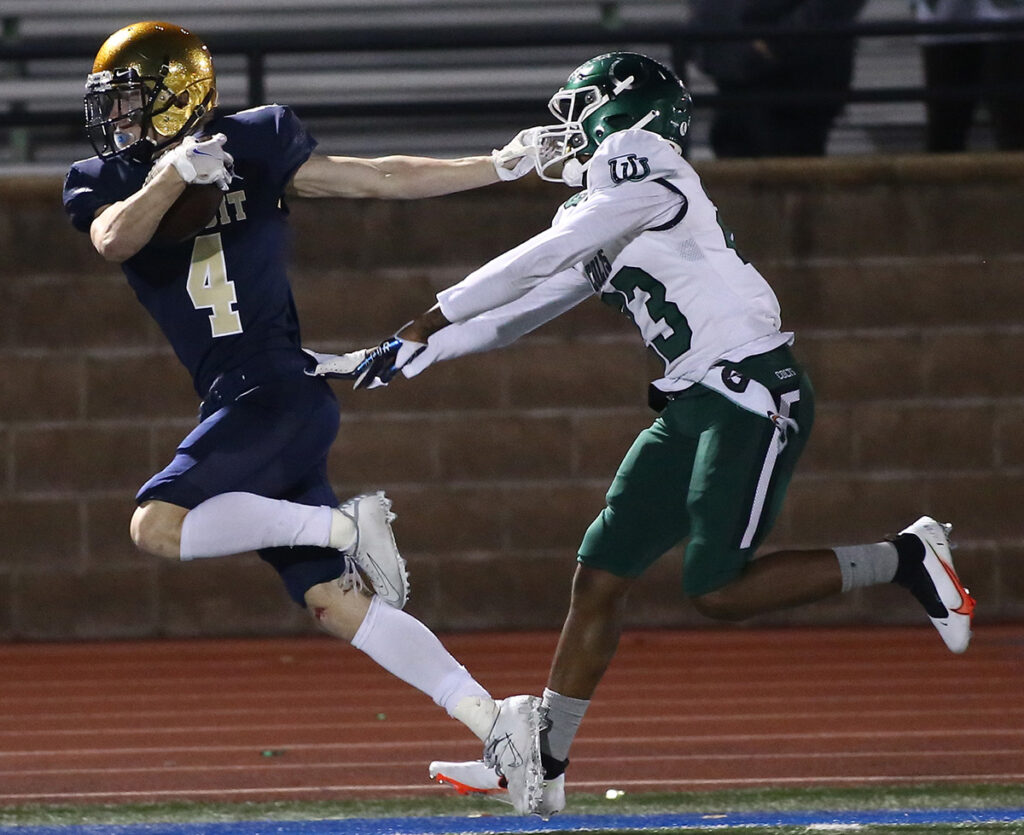 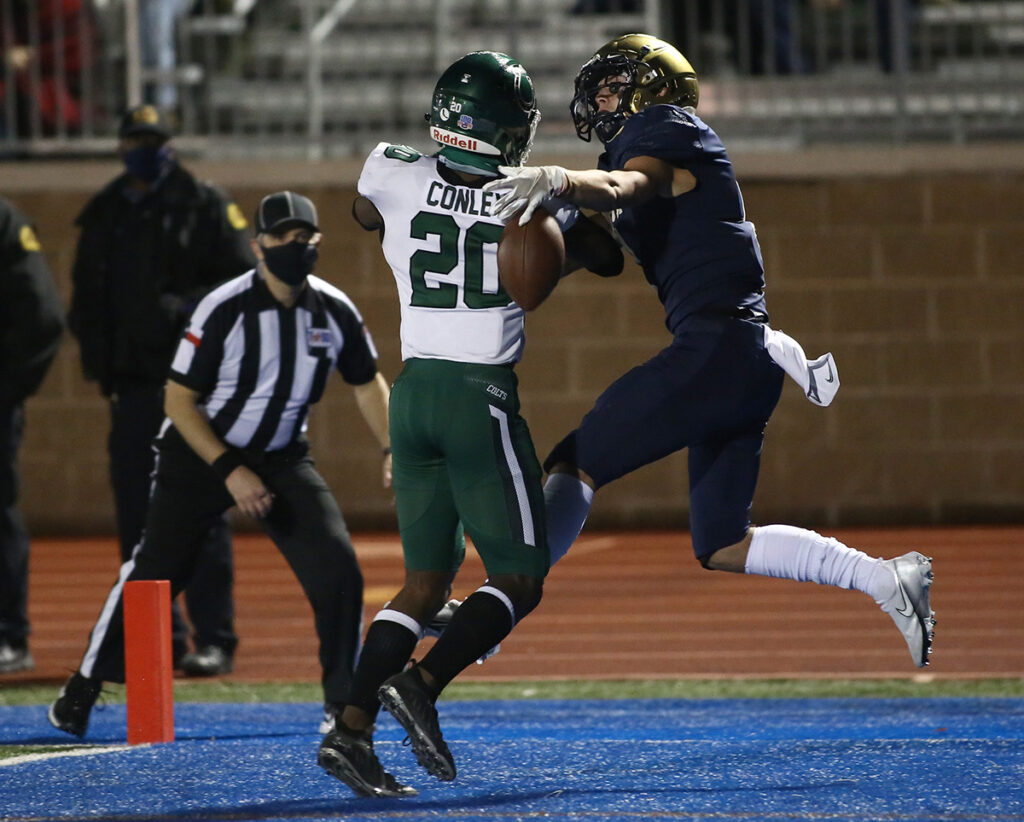 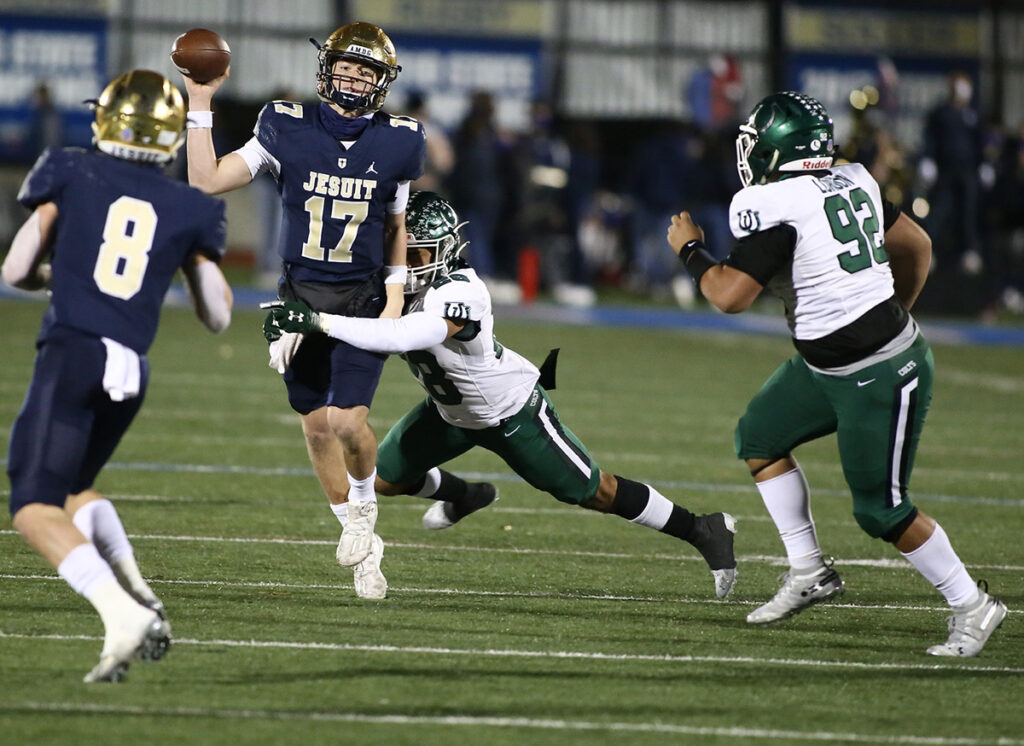 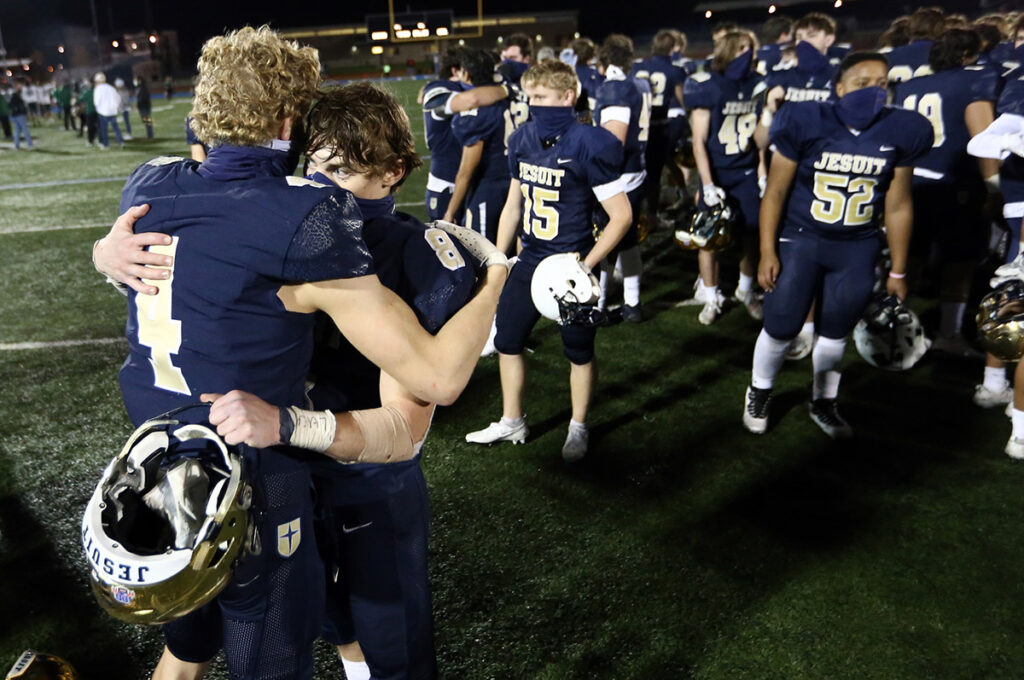 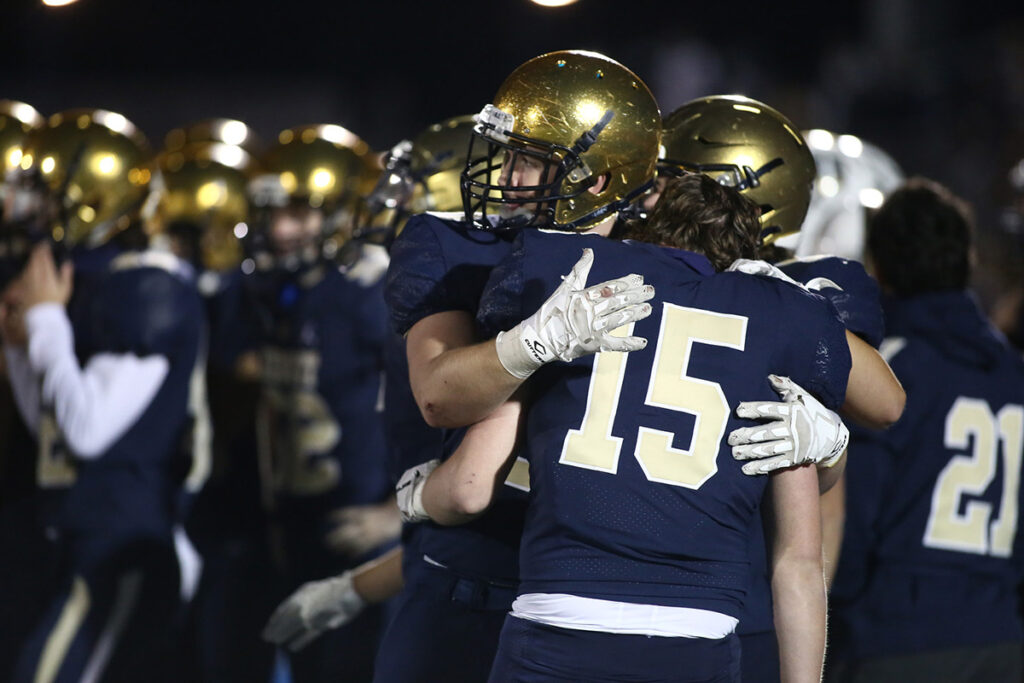 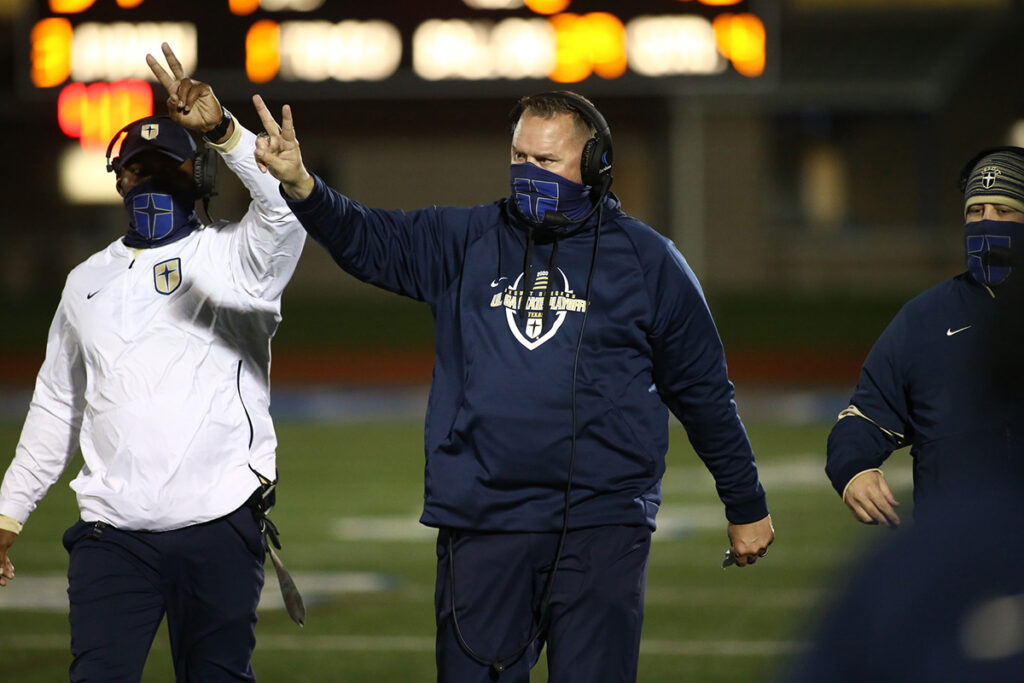 Despite the setback, Jesuit continued to battle, scoring quickly on a 53-yard pass from Gage Roy to Charlie Clements in the final minute, cutting the deficit to 41-37. Robert Fitzgerald then recovered an onside kick to give the Rangers hope.

Jesuit crossed midfield before Arlington’s Lesley Odimara intercepted a pass and returned it 55 yards for a touchdown, sealing the game.

The Rangers threw a pair of interceptions in the game, and both were costly. In the first quarter, Jesuit’s opening drive ended when Demarea Turner picked off a pass in the end zone.

Curiously, the Rangers struggled to convert points after touchdowns throughout the game, which forced them into catch-up mode. Jesuit tallied just one conversion despite scoring six touchdowns (both kicks and two-point tries) while Arlington was a perfect 7-for-7 on PAT kicks.

Roy was resilient in defeat, even returning to the game after injuring his knee in the third quarter. He finished with 332 passing yards and four touchdowns, and also ran for a score.

Among the senior standouts for the Rangers, Clements caught seven passes for 197 yards and two touchdowns in his final game. Charlie Cook and Hunter Krepp each added first-half scoring receptions.

Jake Taylor rushed for 123 yards on 22 carries, including a 22-yard touchdown that put Jesuit ahead late in the third quarter.

“I’m proud of our seniors and what they accomplished this year,” Hickman said. “I thought we had a good year. I’m sad to see those guys go.”

Sims tossed four touchdown passes among his 10 completions for the Colts, while also rushing for 72 yards and a score. Three of his touchdowns covered at least 44 yards, including a 61-yarder to Eli Lemonds in the third quarter.

The Colts topped Jesuit for the third consecutive year, including wins in the regular-season opener in each of the last two campaigns.

The Rangers finished the regular season with five straight victories by a combined margin of 274-17. Plus, Jesuit had won seven consecutive games in the bi-district playoff round dating to 2011.