Dejon Baker gets to the end zone in a hurry, and not just because of his foot speed.

In three of his team’s first four games this season, the W.T. White senior reached the end zone on the Longhorns’ opening play.

That included a 60-yard reception against Richardson Berkner, a kickoff return versus Wilmer-Hutchins, and a 62-yard catch to jump-start a win over Sunset.

“You want to design ways to get playmakers the ball, and he’s one of our top playmakers,” said WTW head coach Tony Johnson. “He’s in the right offense for his skill set. He’s managed to make that great connection with his quarterbacks.”

Baker has become known for making a quick impression on opponents. But the same holds true for his teammates and coaches, who noticed how he fit in immediately after moving into the WTW attendance zone during the offseason.

“This is the most chemistry I’ve had. The whole team mostly chills with each other.” 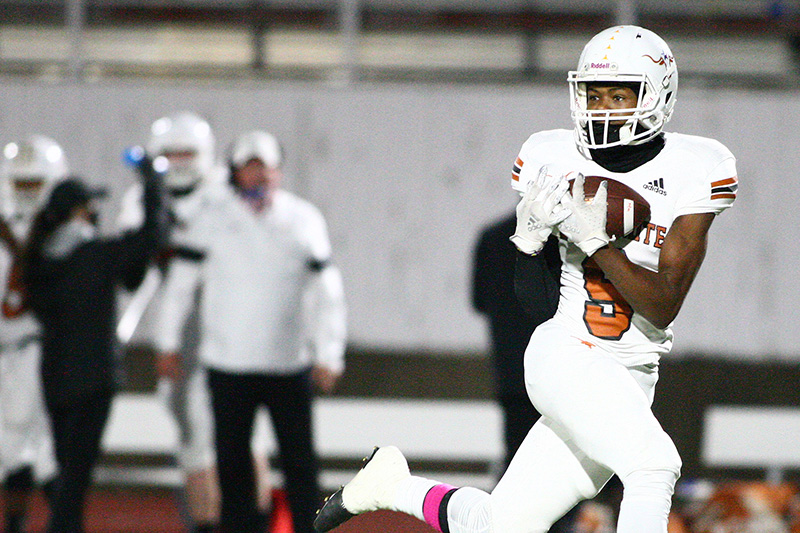 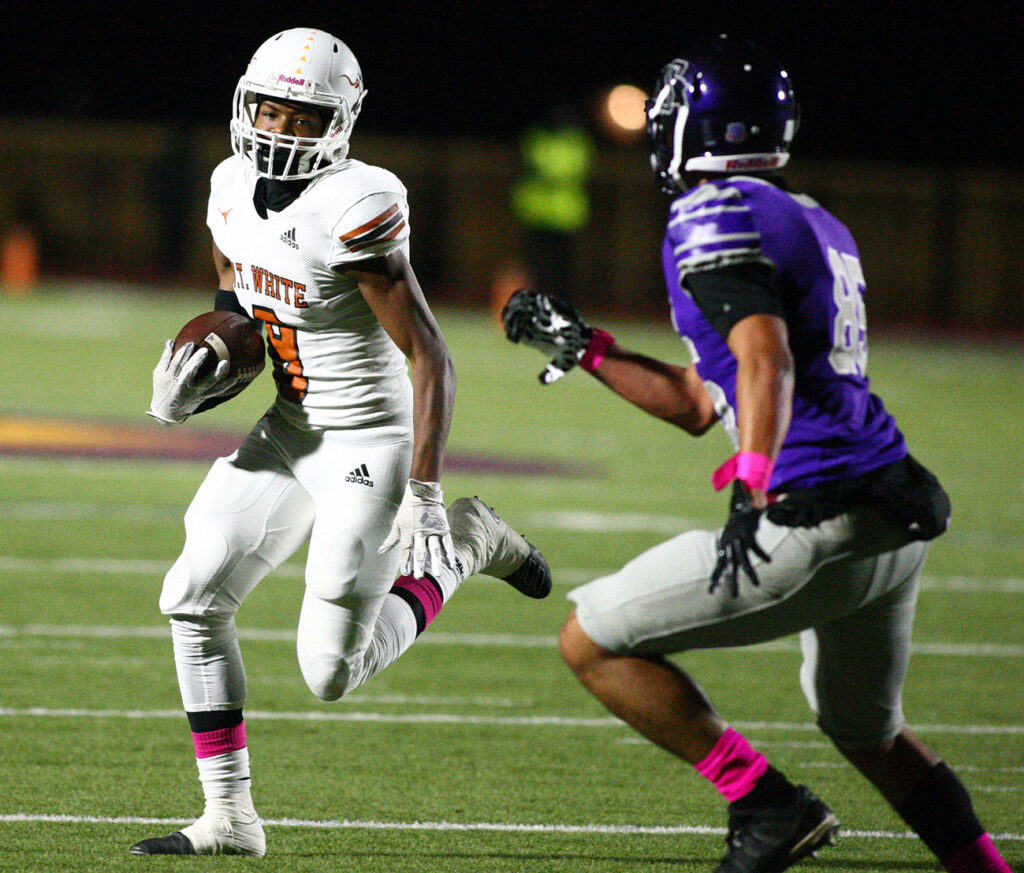 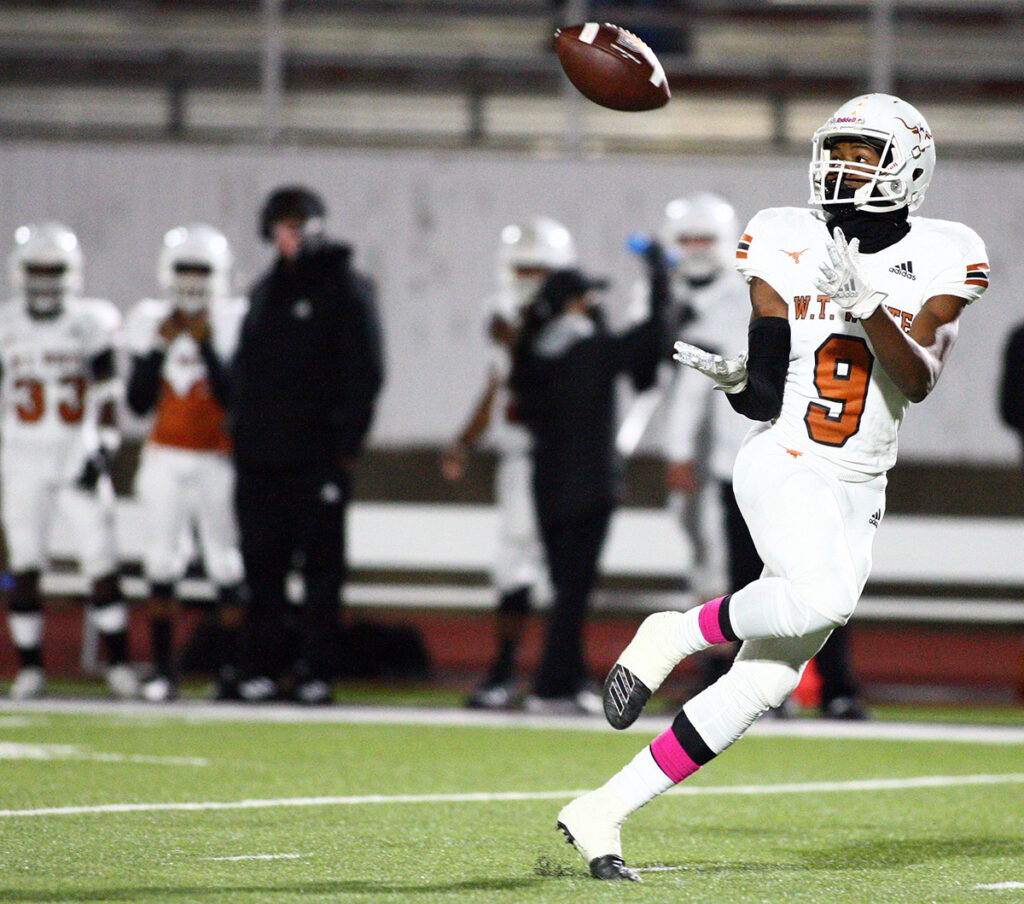 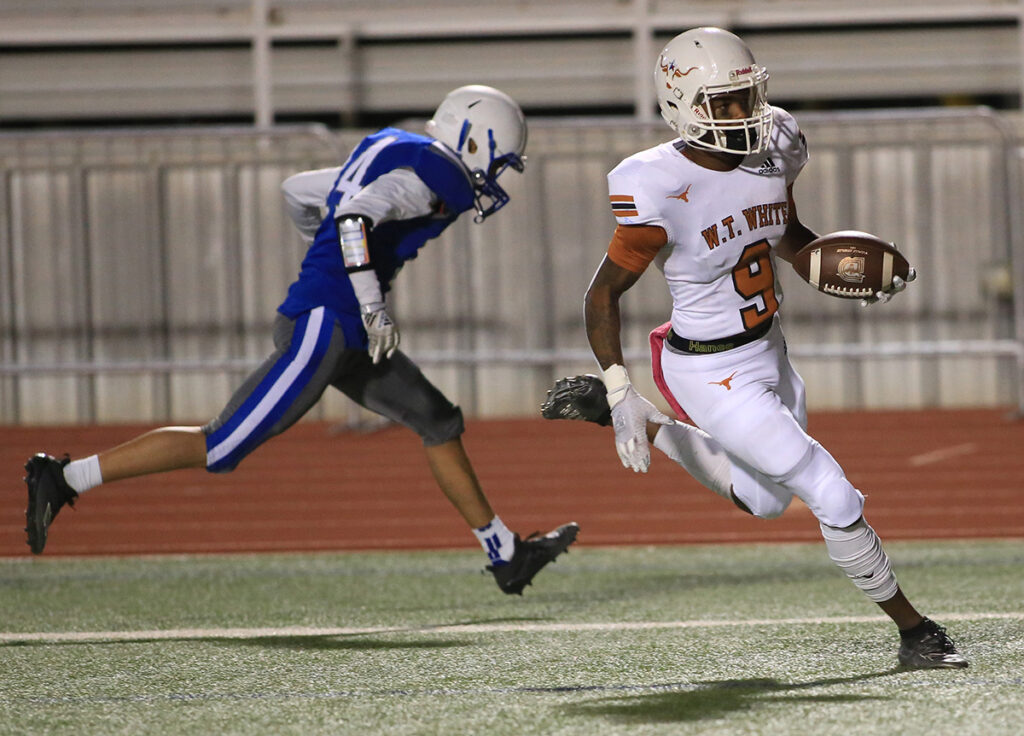 Last season, Baker led Hillcrest with 715 receiving yards and 12 touchdowns. He should surpass those numbers with the Longhorns, who are on pace to make the playoffs for the first time since 2007 and finish with a winning record for the first time in two decades.

“It was kind of tough to leave [Hillcrest], but I really feel locked-in this year,” Baker said. “I feel like we’re going to get better toward the end. We’re making history. For us it would be something special.”

While preparing for his senior year at a new school, Baker didn’t allow the COVID-19 pandemic to slow him down. In addition to informal small-group workouts on the field and in a makeshift garage weight room with his new teammates, he played 7-on-7 football and basketball.

For the first time since elementary school, Baker even competed in a summer soccer league after a friend recommended it to improve stamina and footwork.

As one of several additions to WTW’s versatile collection of skill players, Baker has pushed his fellow receivers to get better from the moment he arrived, his coach said.

“He has a playful, relaxed, go-with-the-flow mindset. He doesn’t let anything faze him,” Johnson said. “His temperament tends to be low-key, but when the lights come on, he’s a gamer.”

Straight Shooter: How a Jesuit Dual-Sport Star Keeps His Focus