WYLIE — Highland Park has completed a perfect regular season 21 times in program history. But this one is unlike any other.

The Scots polished off an unbeaten campaign with a 51-0 thrashing of Wylie East on Friday, then hoisted the District 7-5A Div. I trophy afterward.

Now HP rolls into the playoffs with plenty of momentum. The first test comes on Dec. 10, when the Scots (8-0) will host New Caney (5-5) at Highlander Stadium.

“We’ve played some tough teams, and we’re hopefully getting better. I’m really proud of this team,” said HP head coach Randy Allen, whose squads have won or shared a district crown 20 times in his 22 seasons at the school. “This is one goal that we set for ourselves, and we’re looking forward to starting the playoffs.”

The stellar HP defense recorded its first shutout of the season with a handful of big plays, including two blocked punts and a blocked field goal, as well as fumble recovery by Patrick Turner on Wylie East’s opening possession.

That early takeaway jump-started the Scots, who scored 28 points in the ensuing nine minutes, on four drives that consumed just 11 combined snaps.

Pettijohn’s first touchdown came on a 70-yard strike from Schager midway through the first quarter. After the blocked field goal, the Scots took over at their own 6-yard line and needed just two plays to reach the end zone. That even included a holding penalty on Anthony Ghobriel’s 34-yard scamper.

Pettijohn’s three catches covered 113 yards, and all three went for touchdowns. No other HP receiver had more than two receptions, as Schager spread around his 235 passing yards.

“Brayden got his confidence up throwing to Will, and they had good chemistry,” Allen said. “Will was getting open. They had a great night together.”

Ghobriel finished with 96 rushing yards and two scores on just six carries. Brooks Bond and Jack Jackson added touchdowns on the ground in the second half.

Christian Johnson tallied 85 rushing yards to lead the Raiders (1-7, 0-6), who finished the season on a six-game losing streak.

HP continued its pattern of fast starts. The Scots have outscored their last four opponents by a combined 110-0 in the first quarter, and they have allowed only 27 first-half points all season. 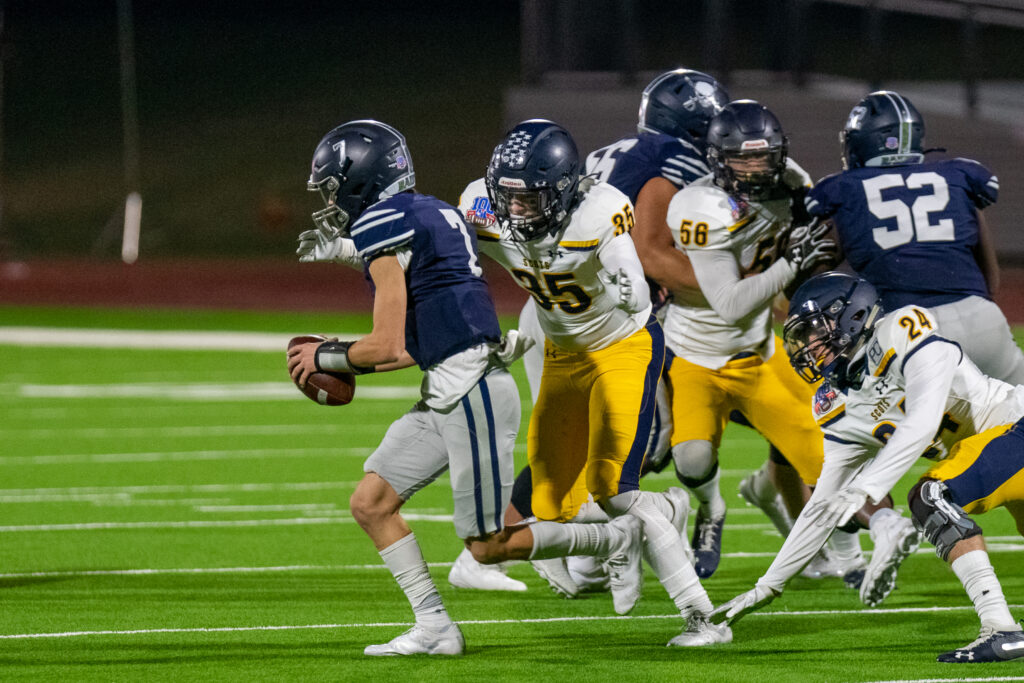 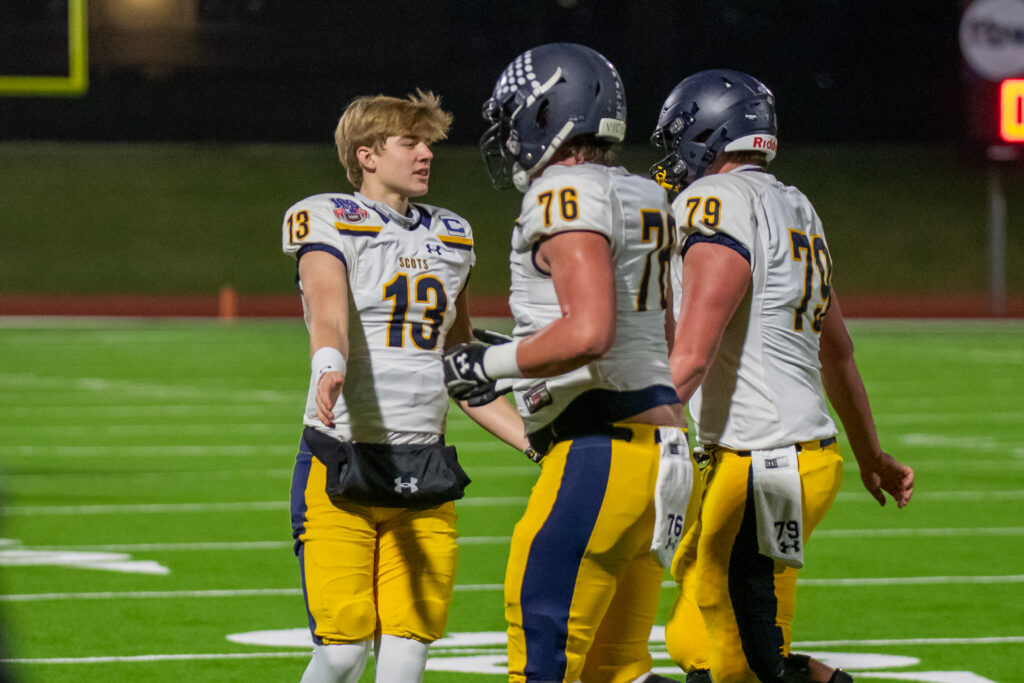 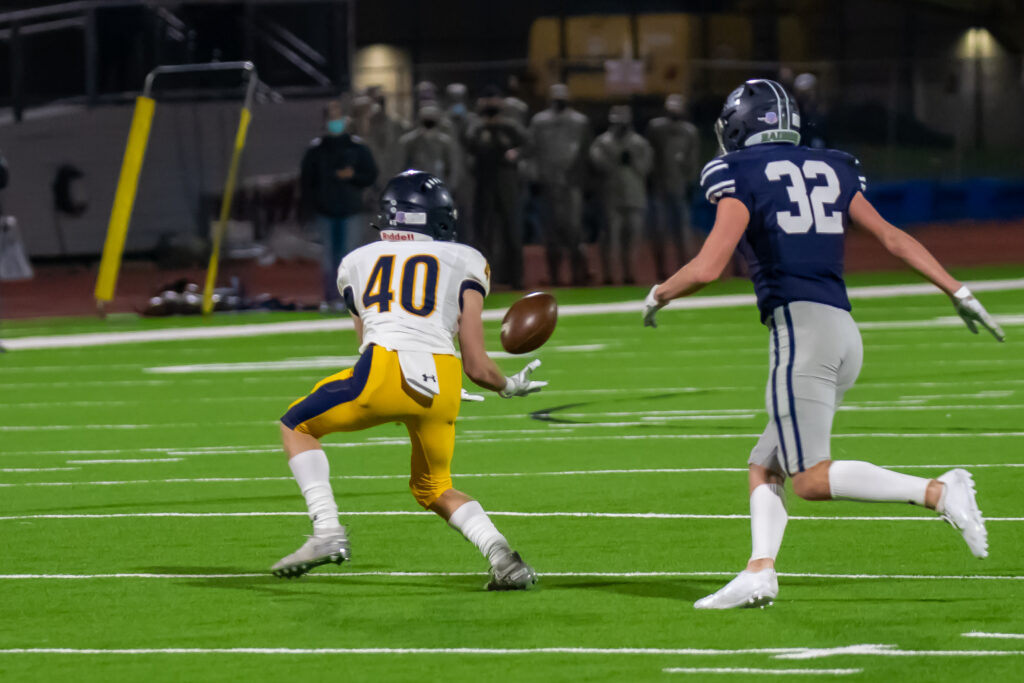 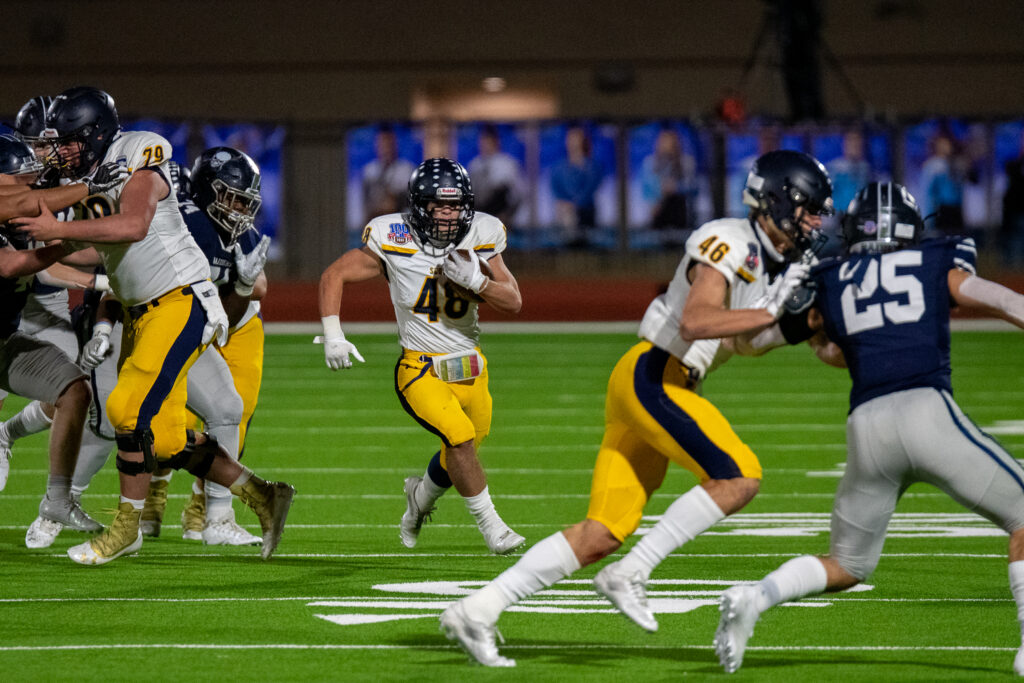 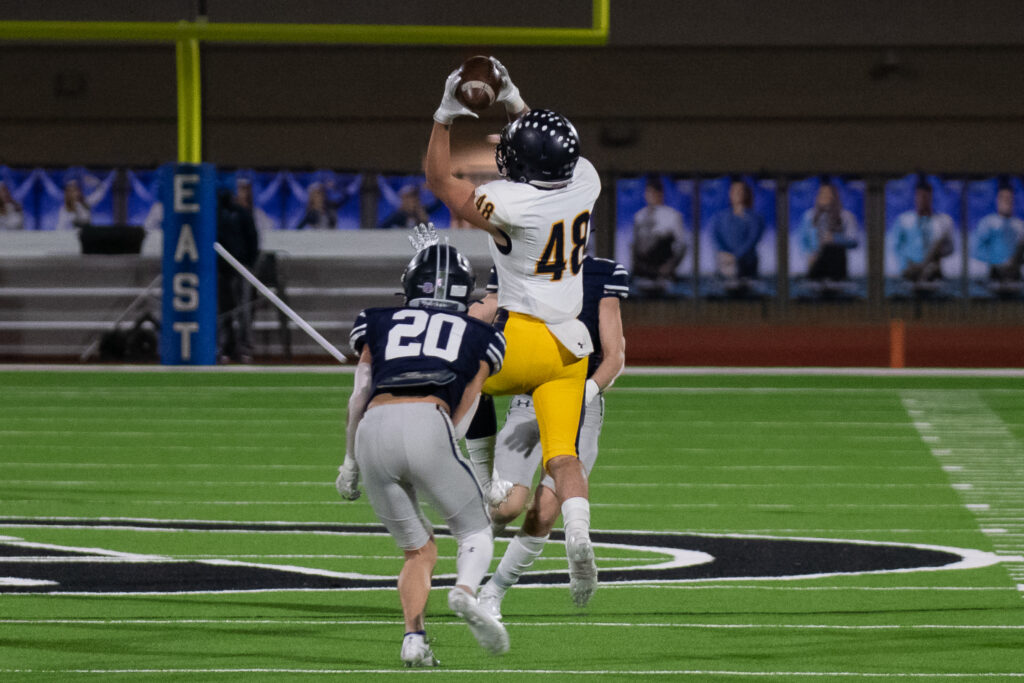 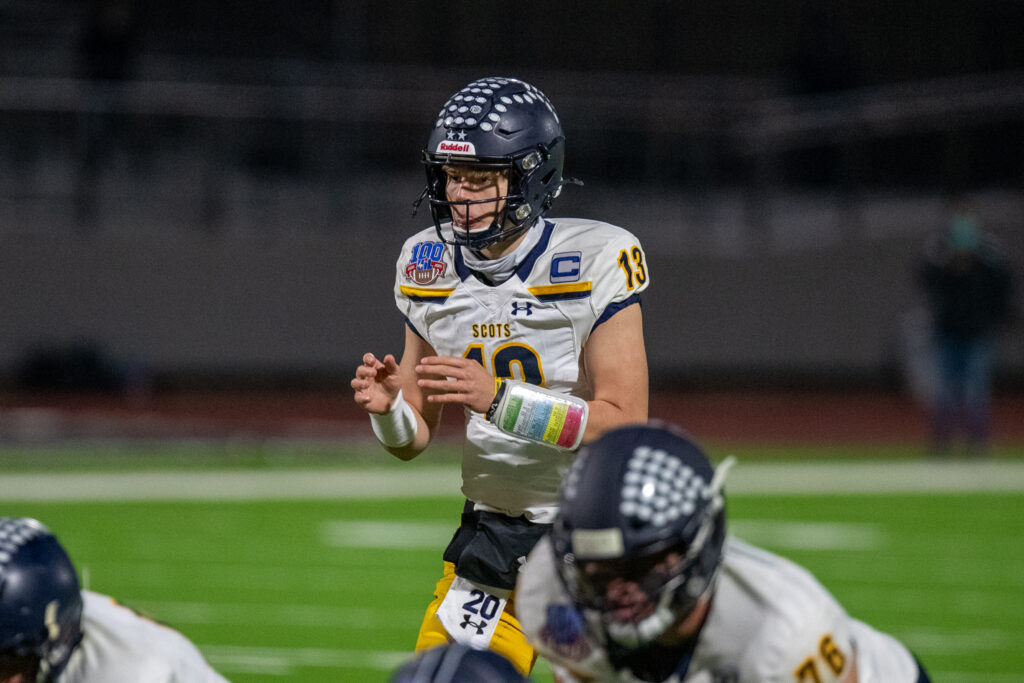 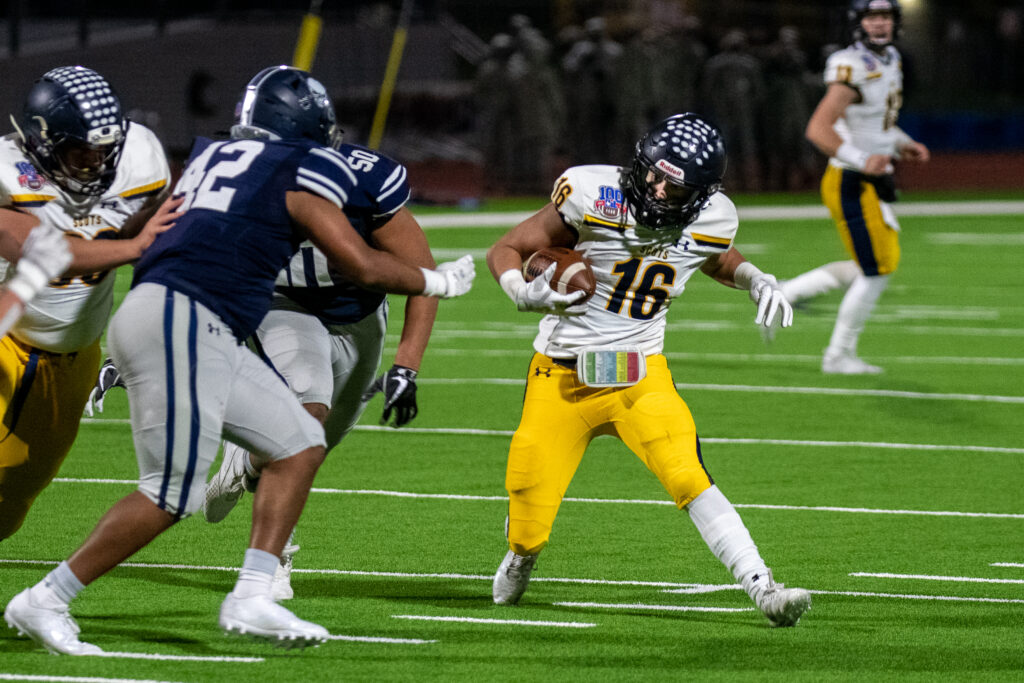 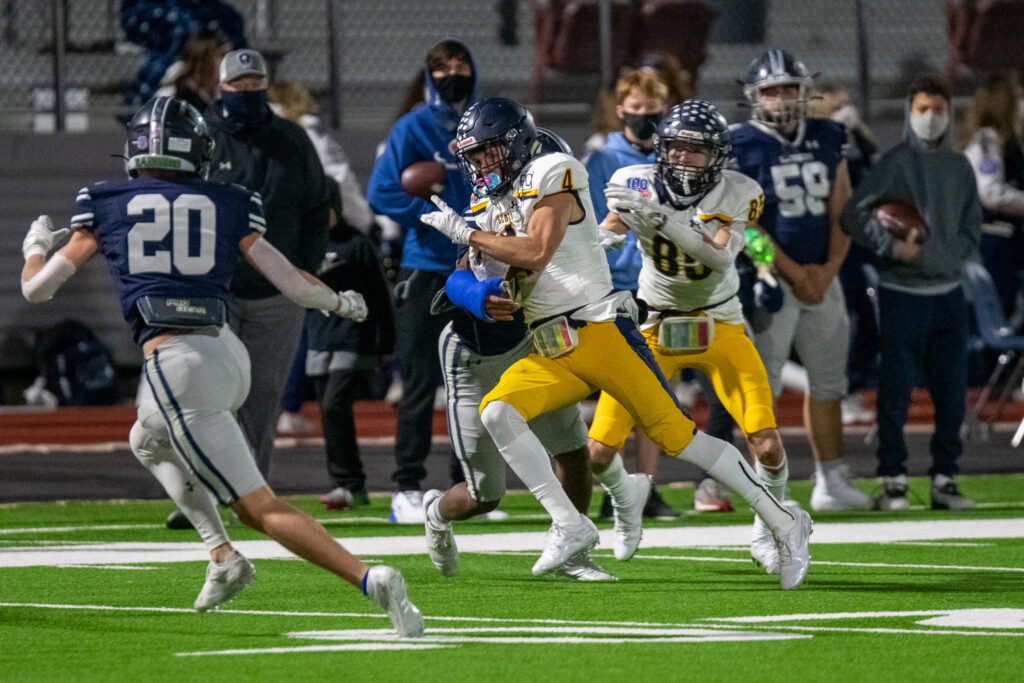 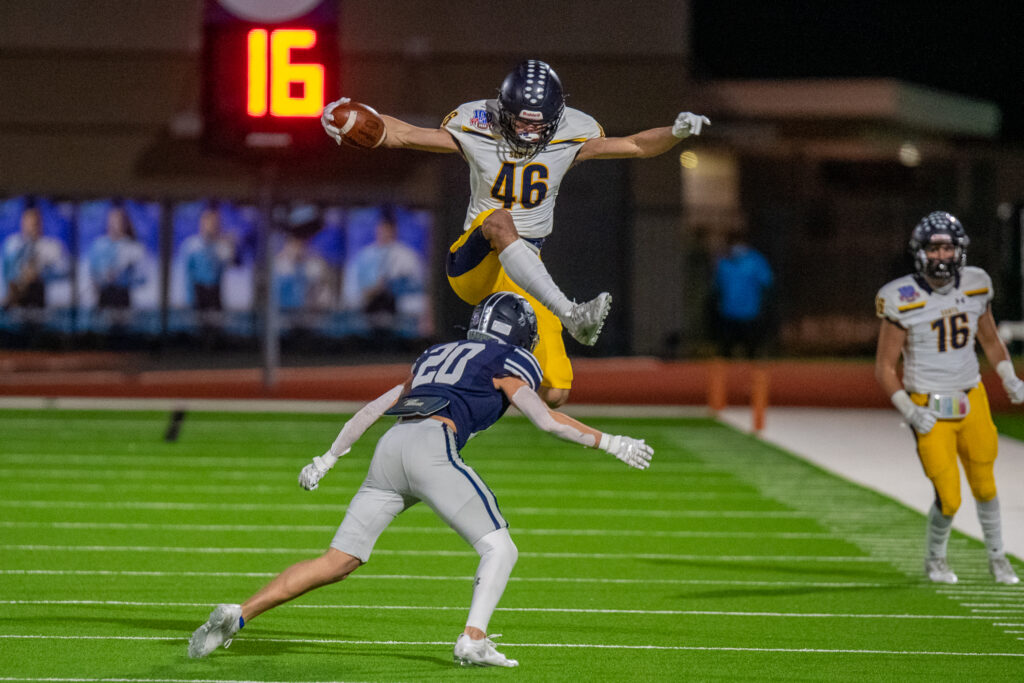 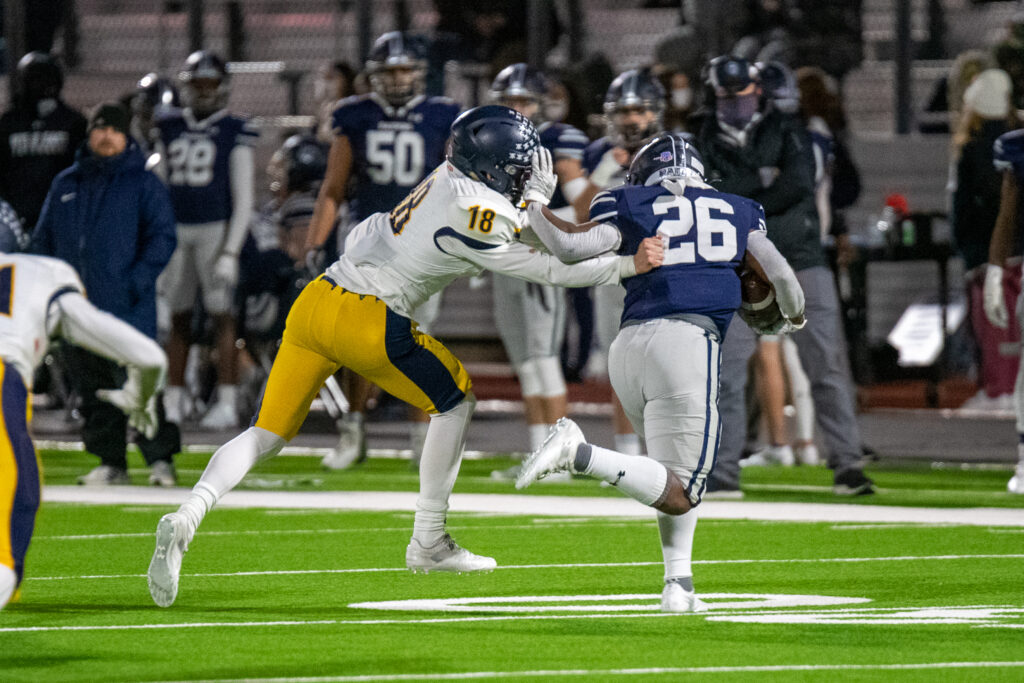 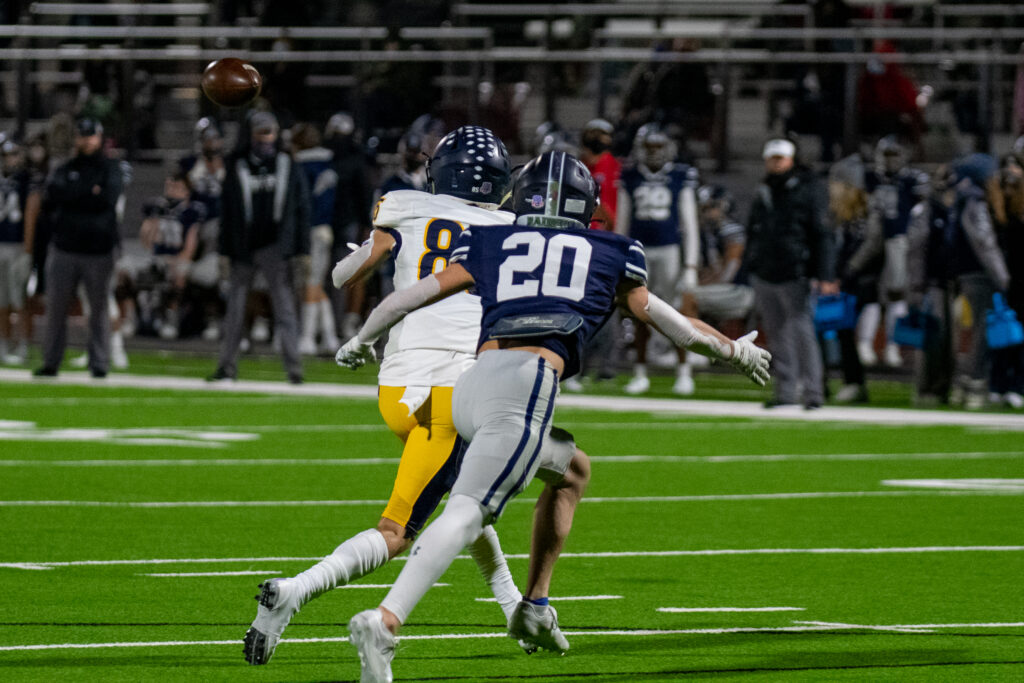 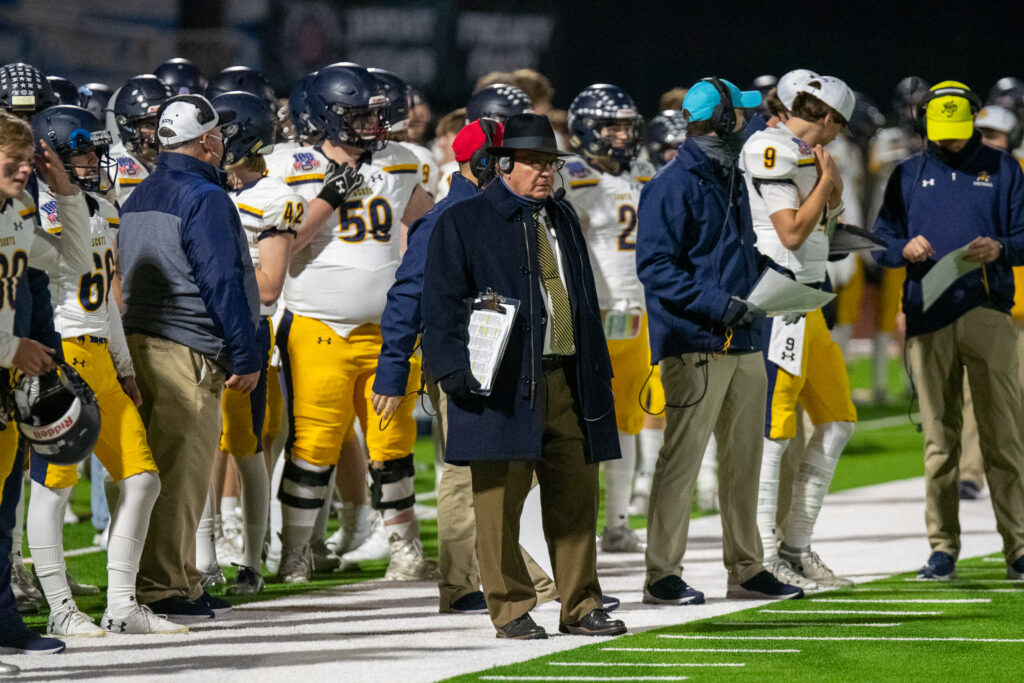 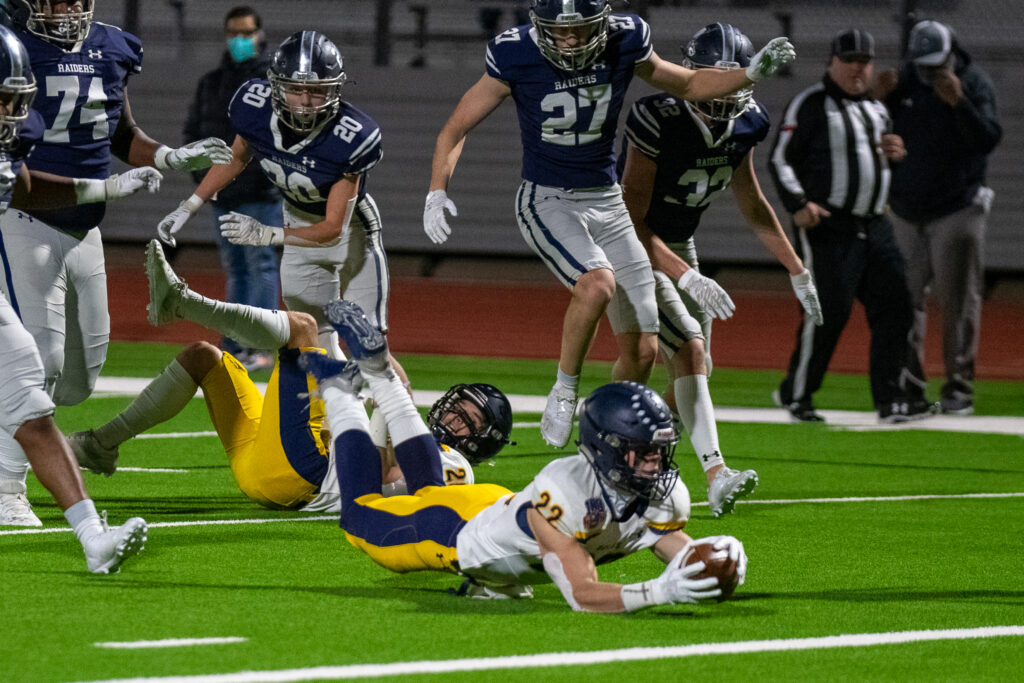 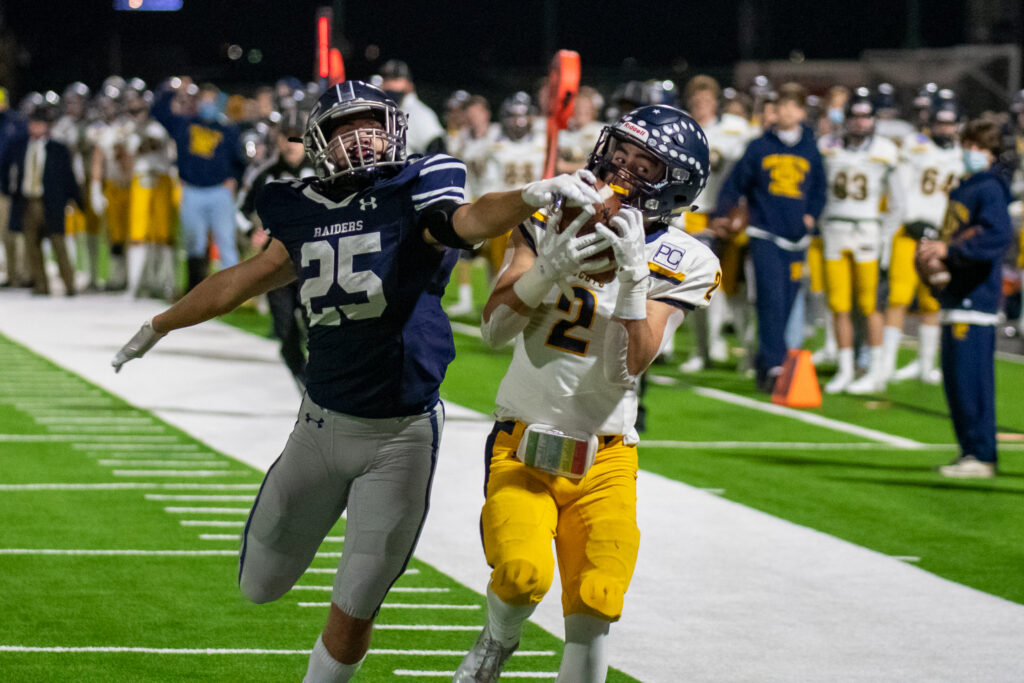 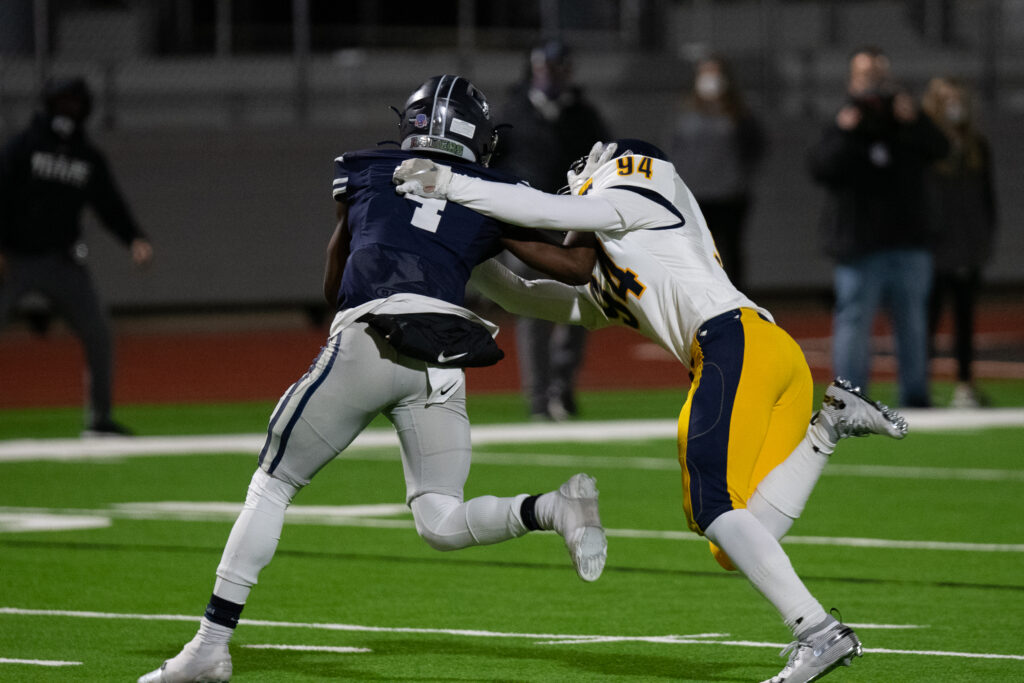 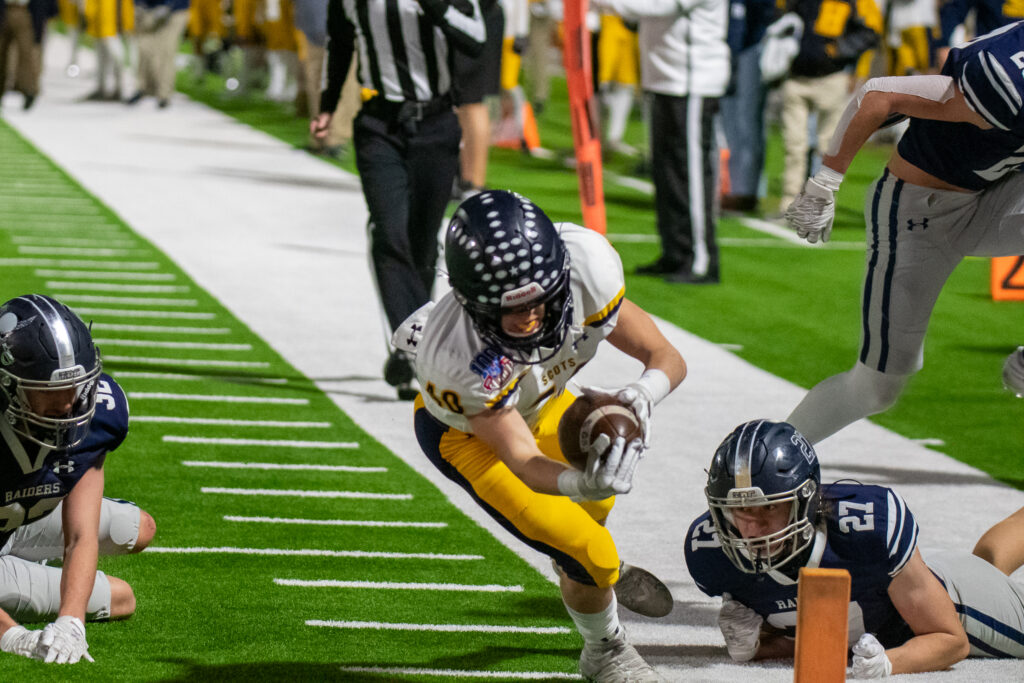 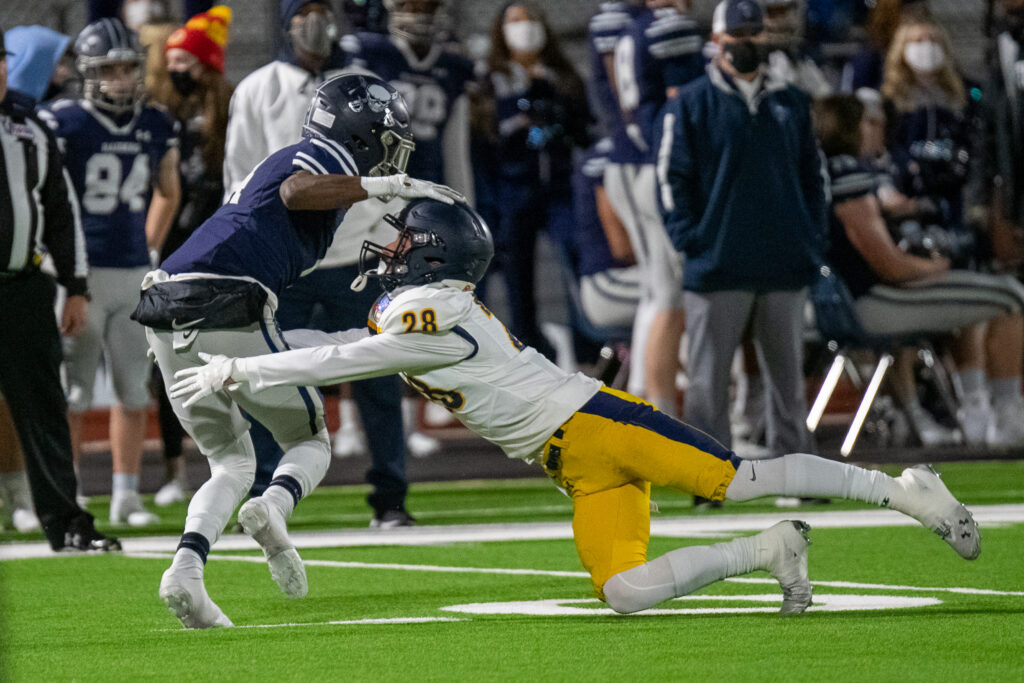 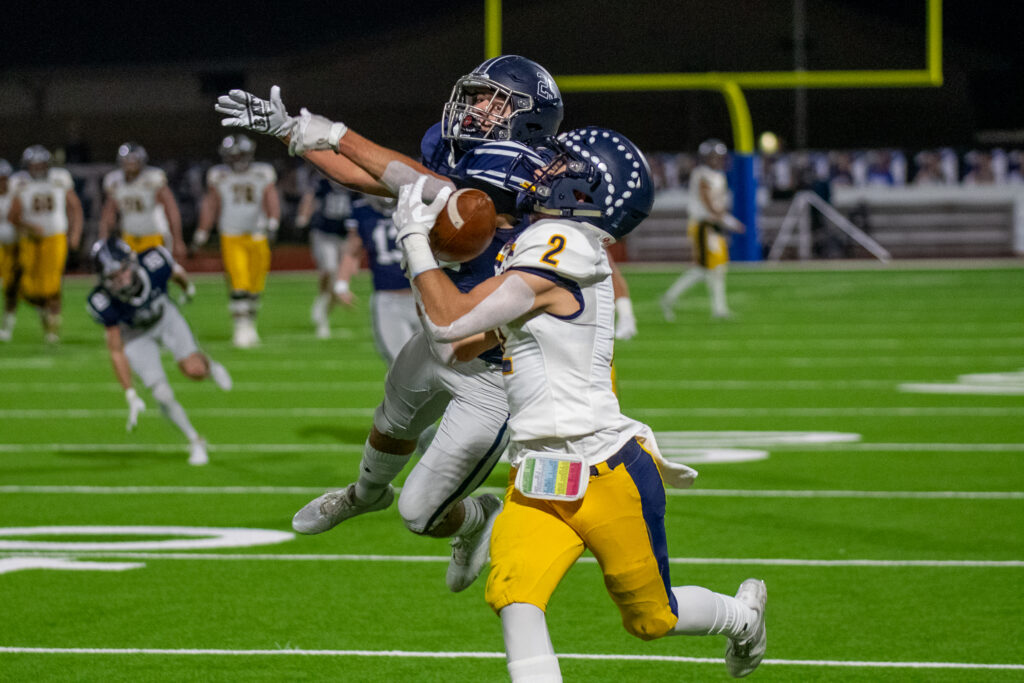 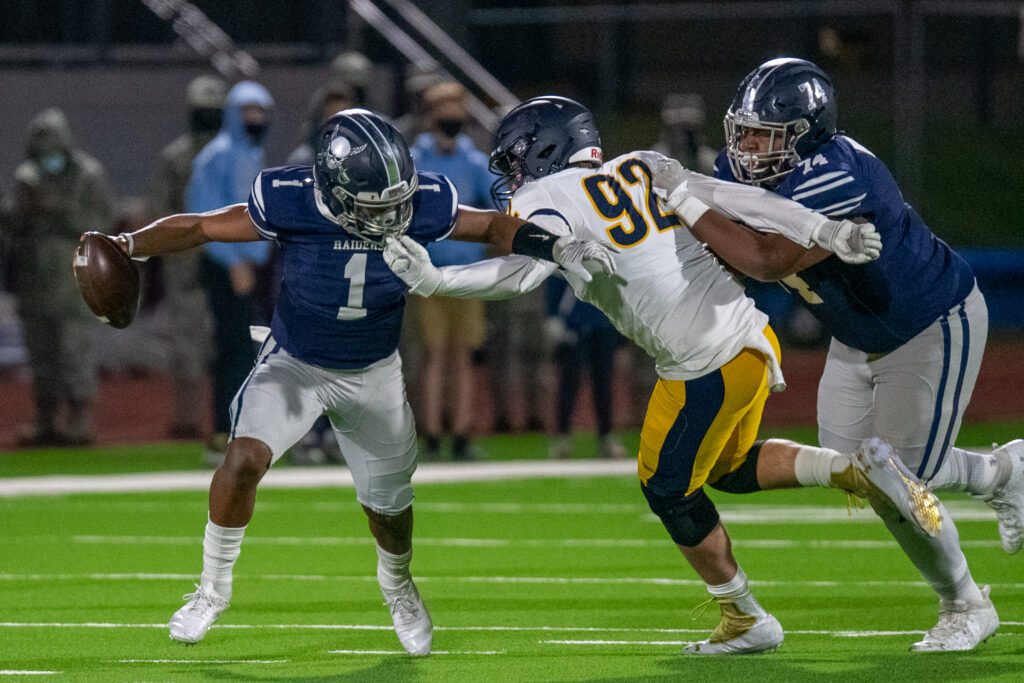 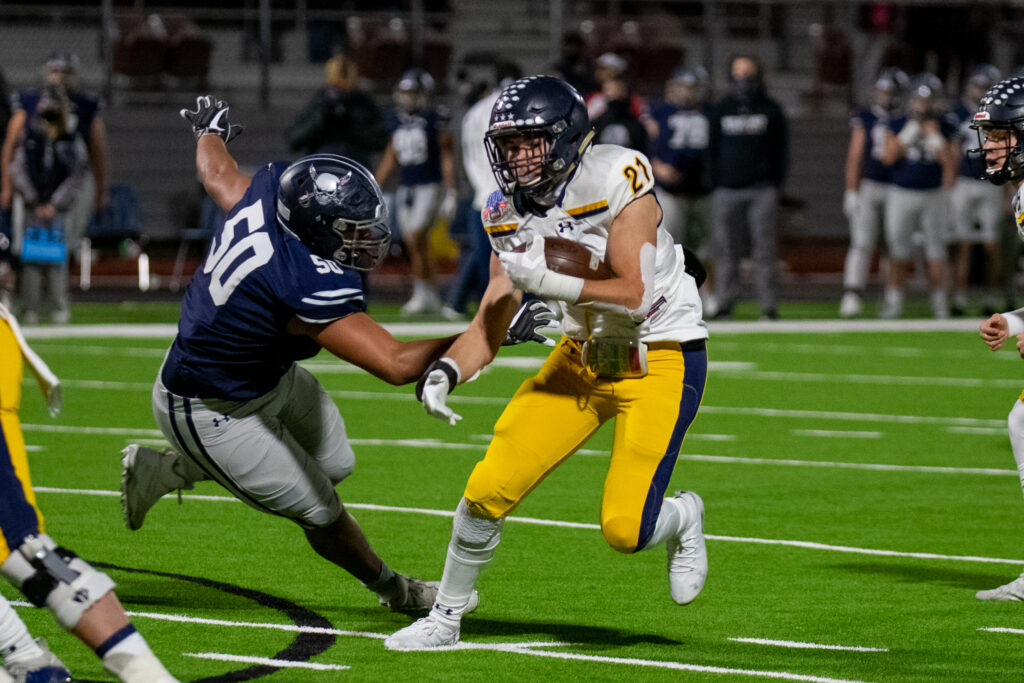 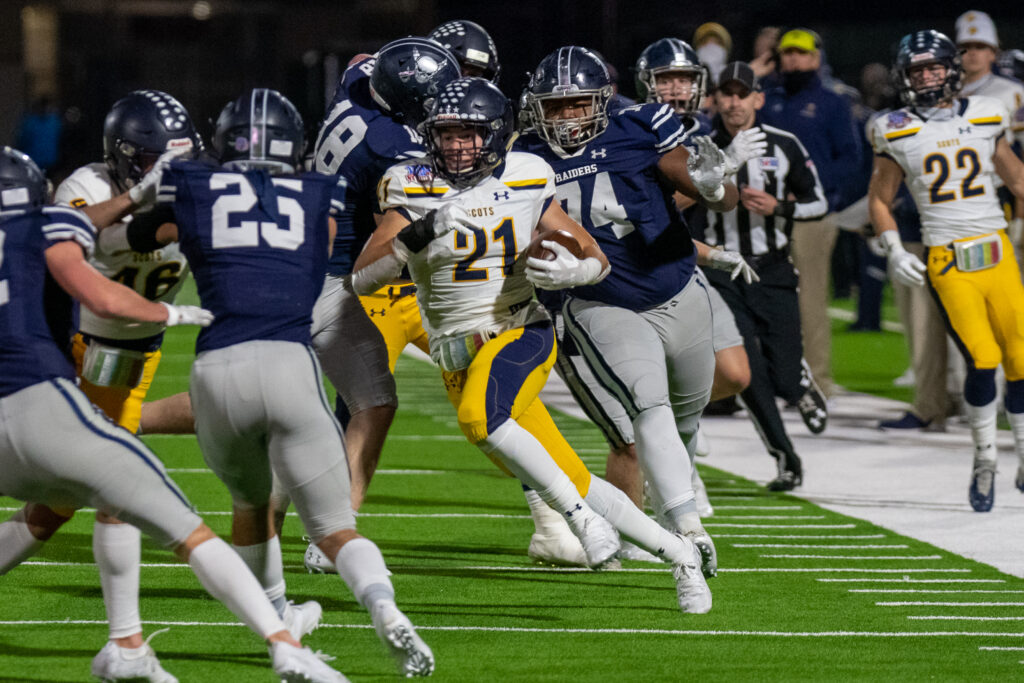 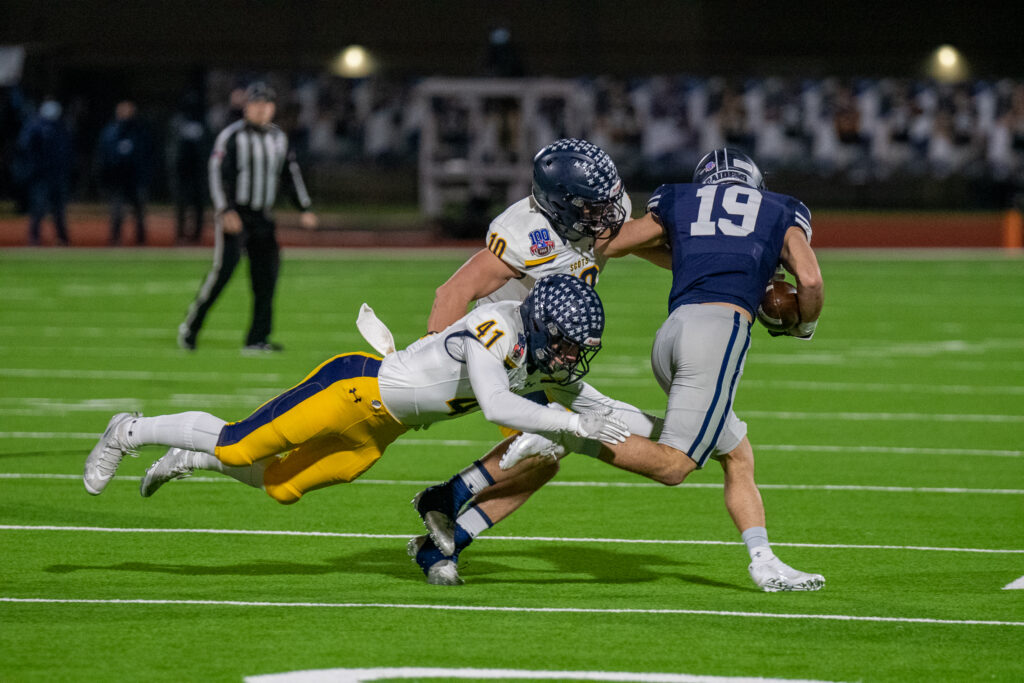 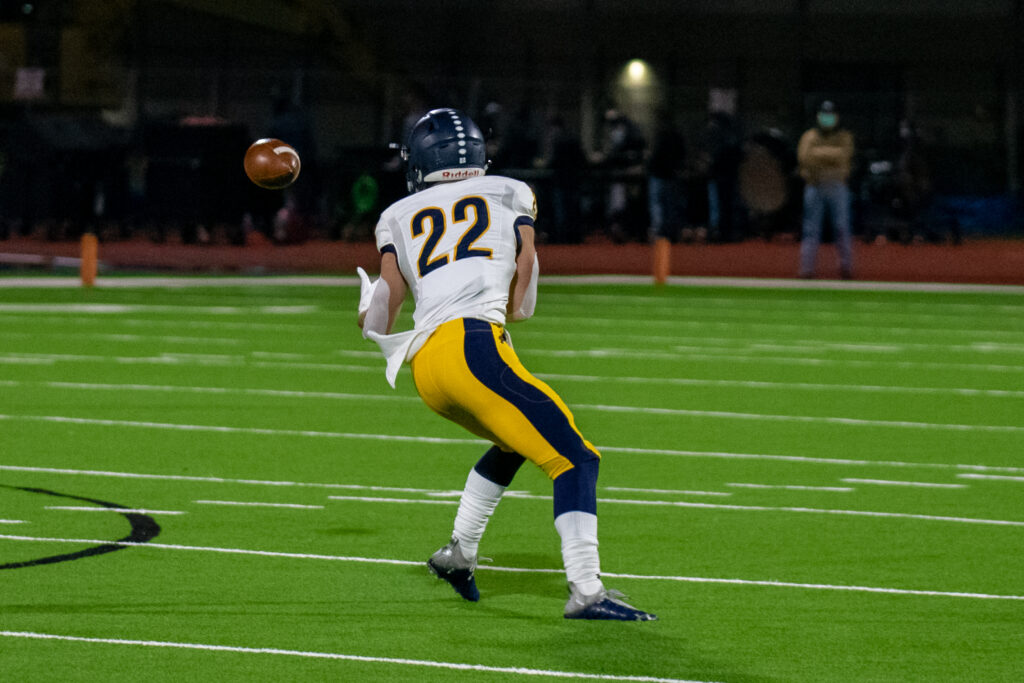 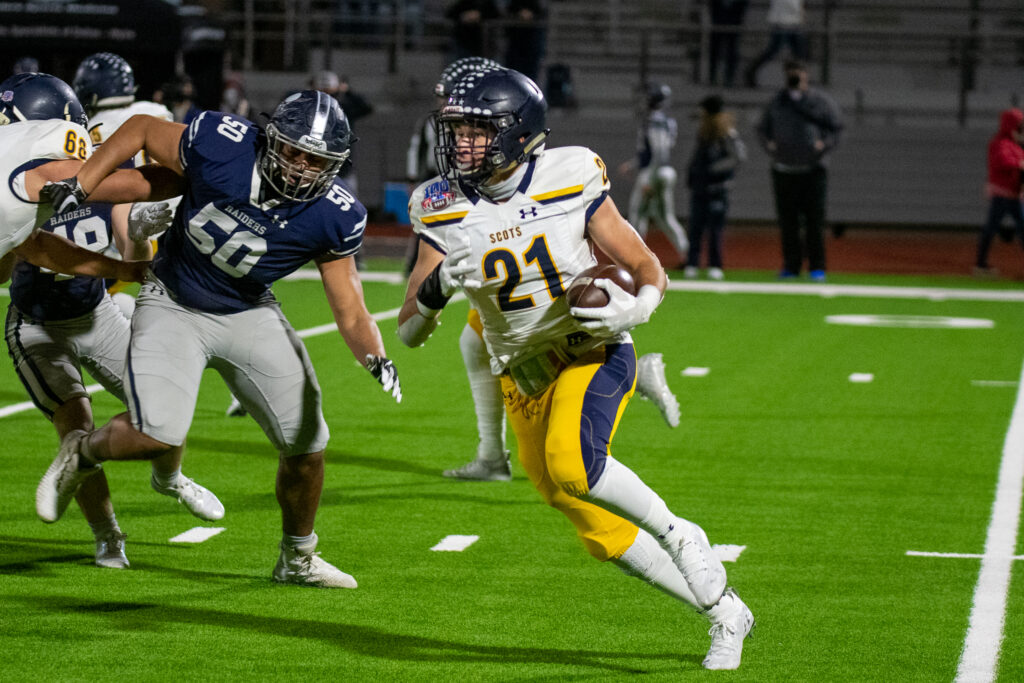 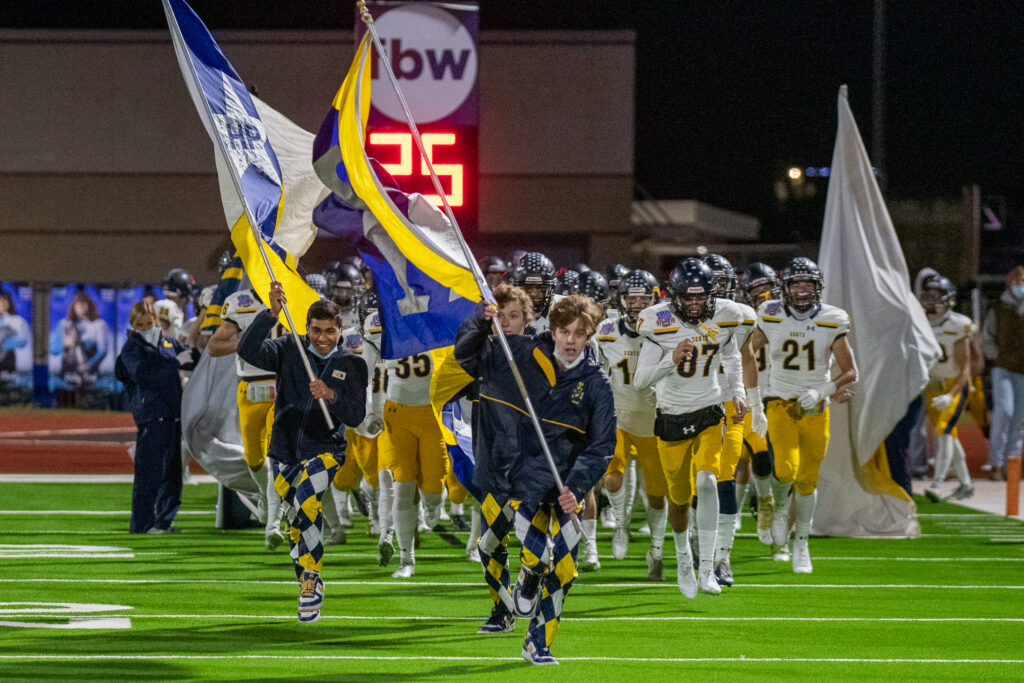 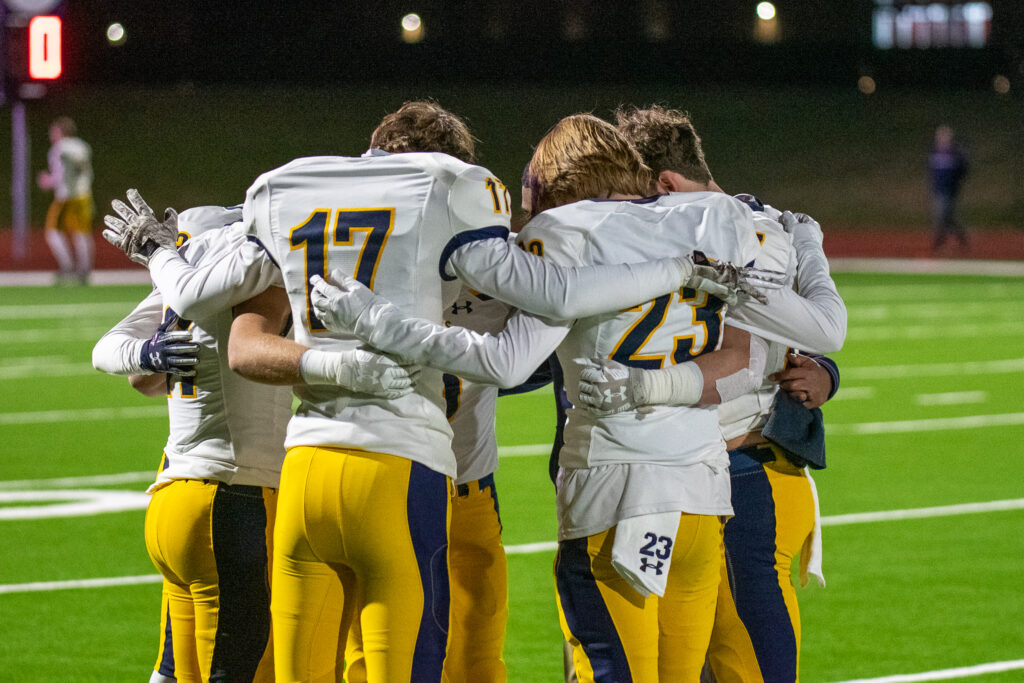