Not even a global pandemic could stop the annual gridiron rivalry between ESD and St. Mark’s, albeit with a much more subdued atmosphere than usual.

The Eagles surged to a 21-7 win on Friday at Hunt Family Stadium to remain unbeaten in its abbreviated season, with one game remaining on their schedule on Nov. 6 at Trinity Christian. It was also ESD’s seventh consecutive win over the Lions.

Sophomore quarterback Patrick Burke threw a touchdown pass to Cam Clendening on the Eagles’ opening drive, then ran for a score in the third quarter.

But the biggest story of this season for ESD (3-0) has been on defense, where the Eagles have allowed just nine points in three games combined. Against the Lions, ESD wreaked havoc in the St. Mark’s backfield and intercepted two passes — one of which was returned for a second-quarter touchdown by Carter Hogg. 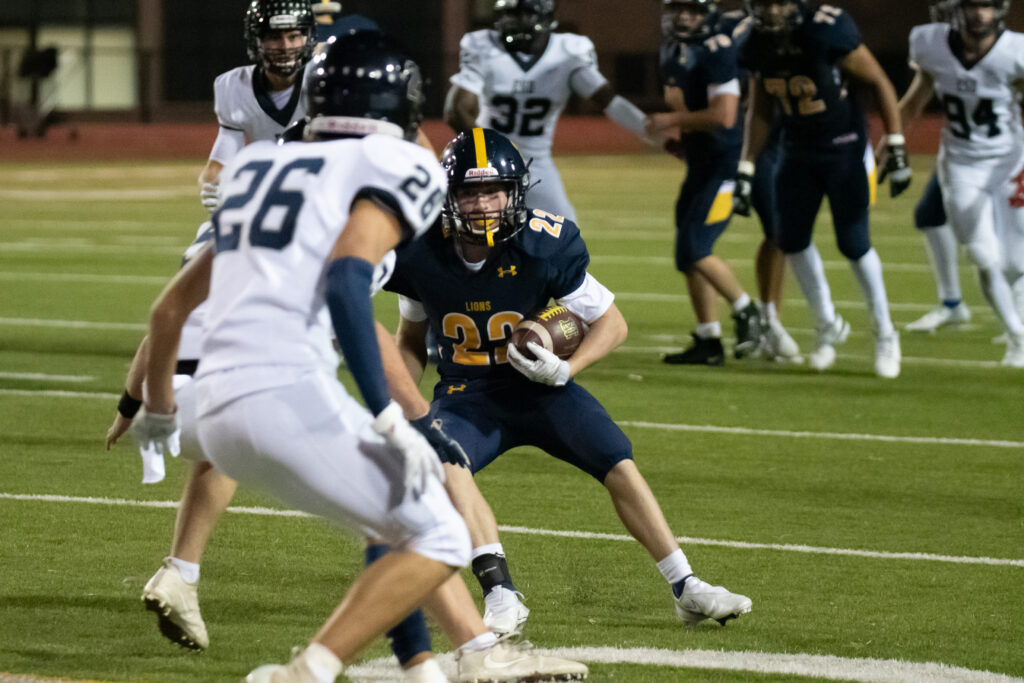 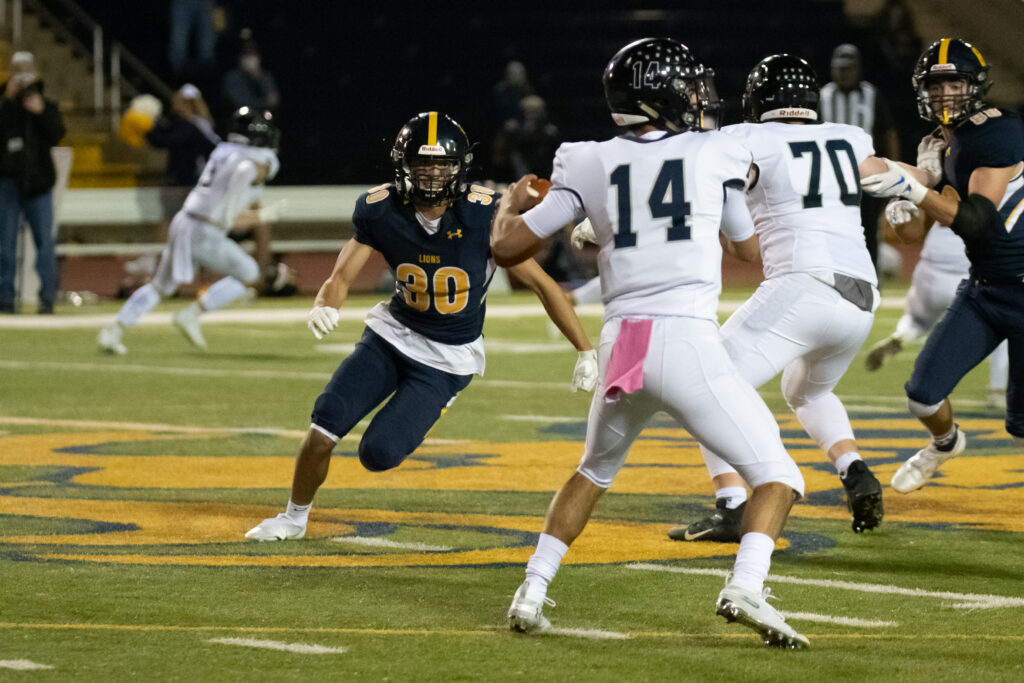 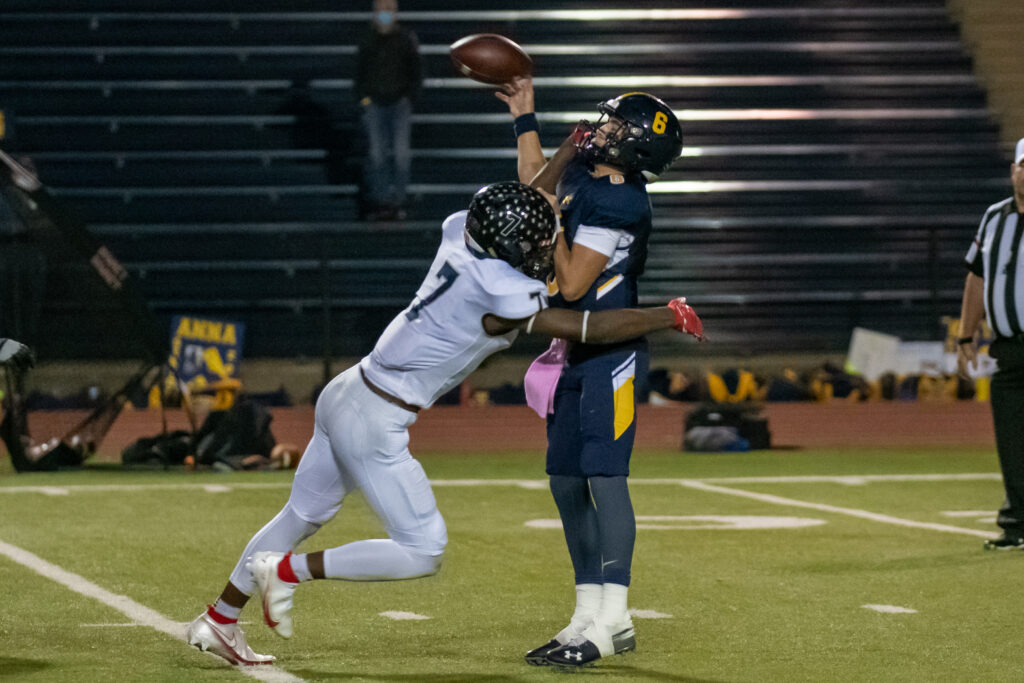 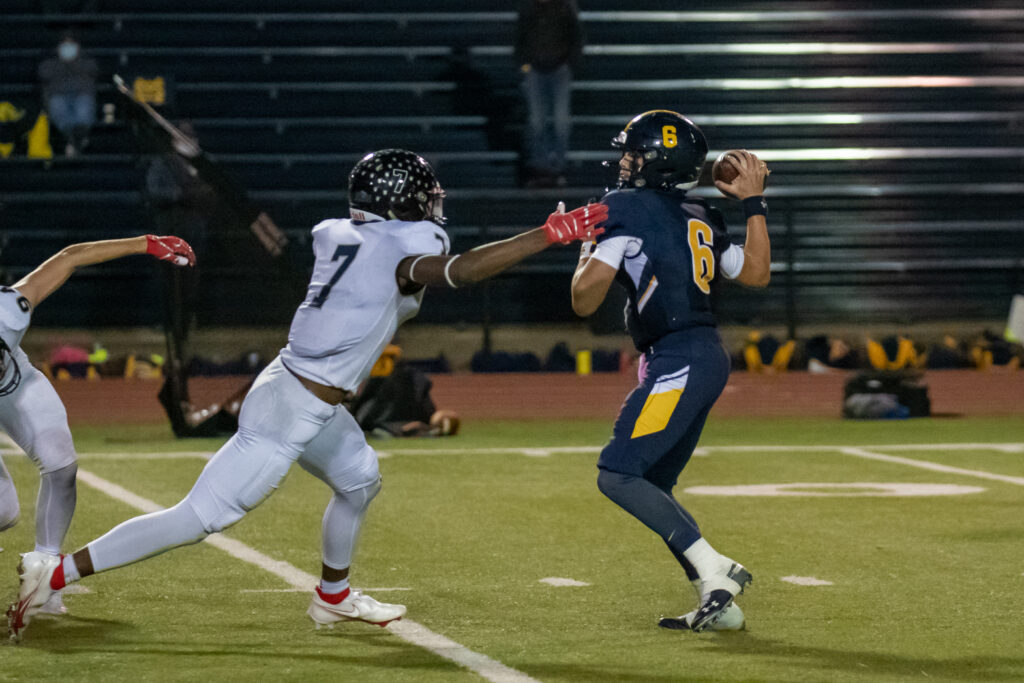 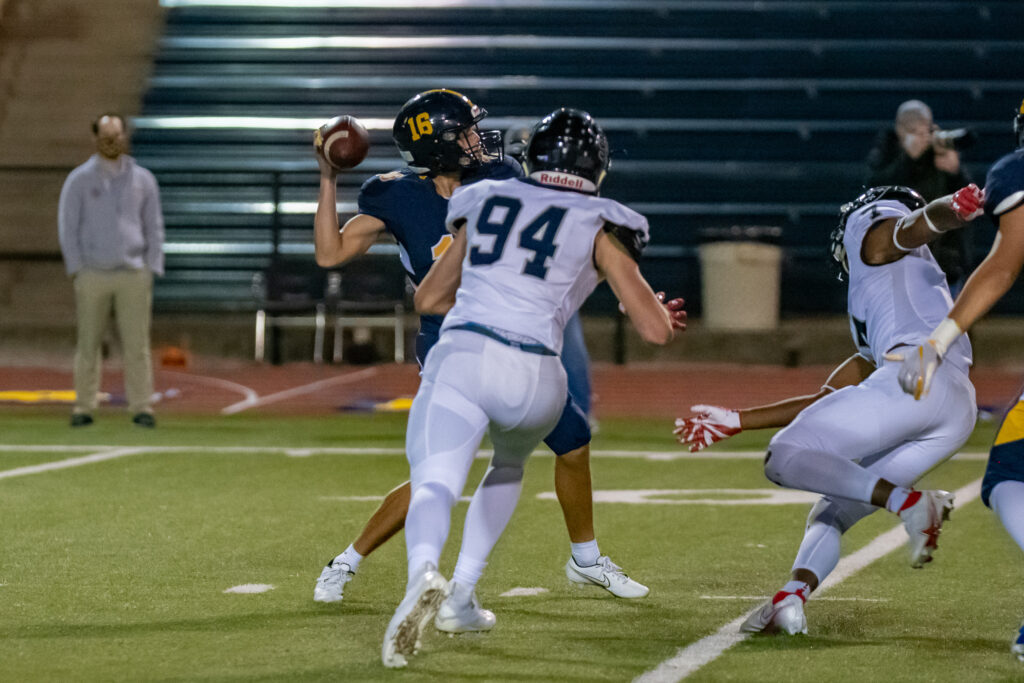 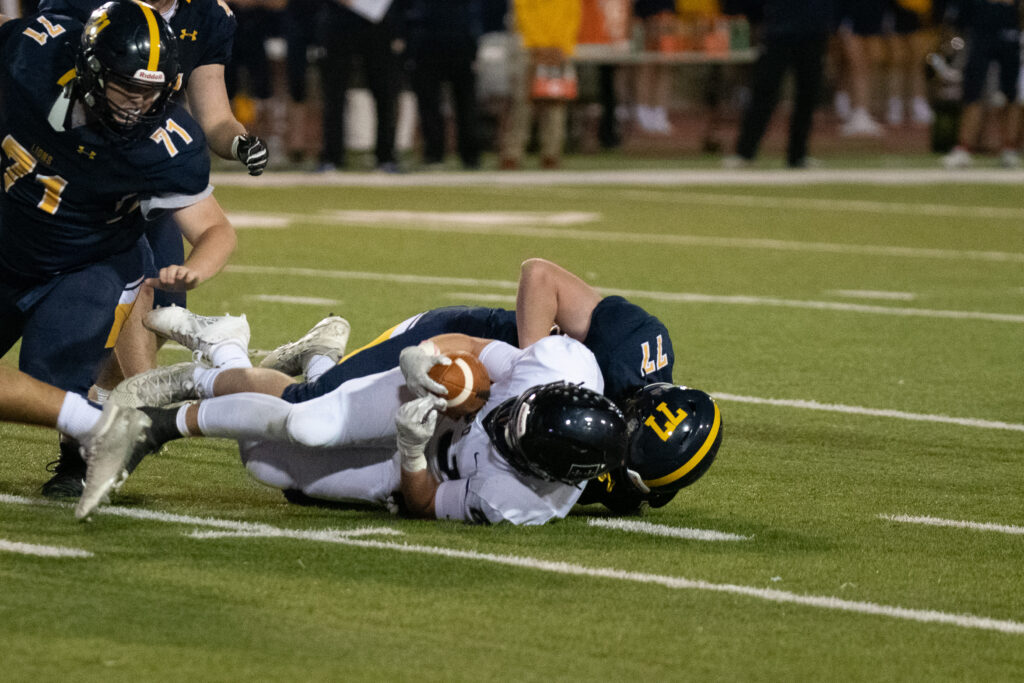 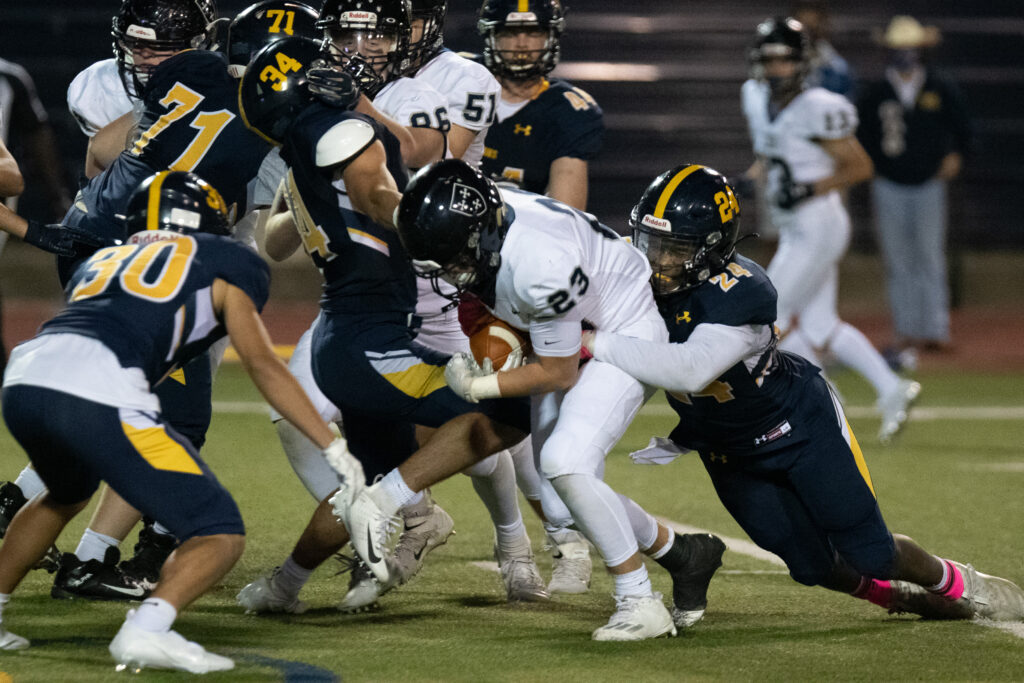 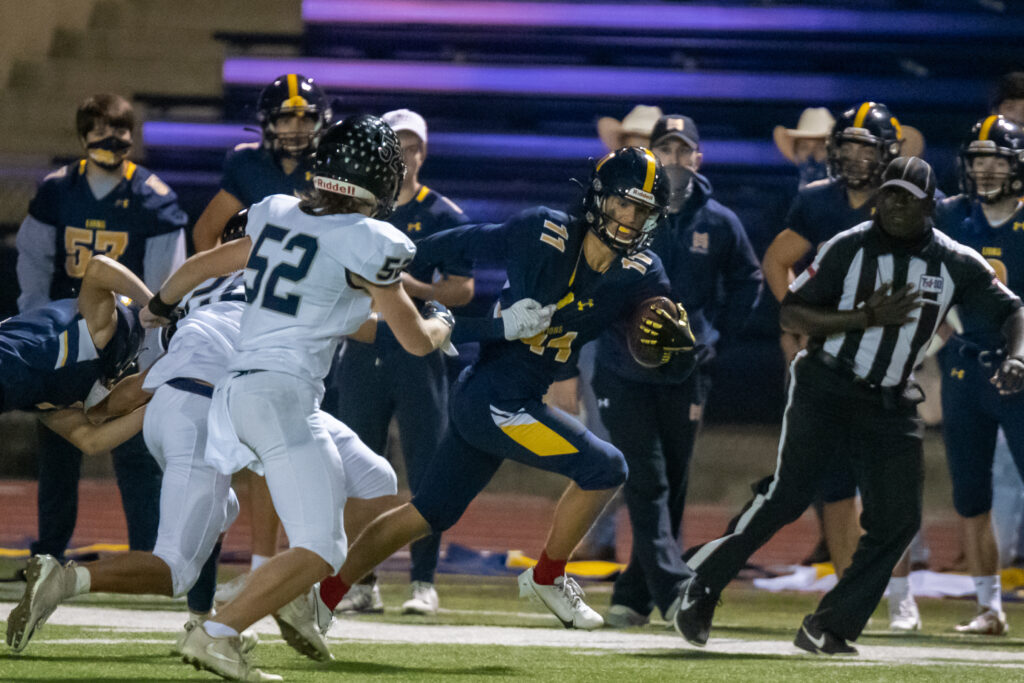 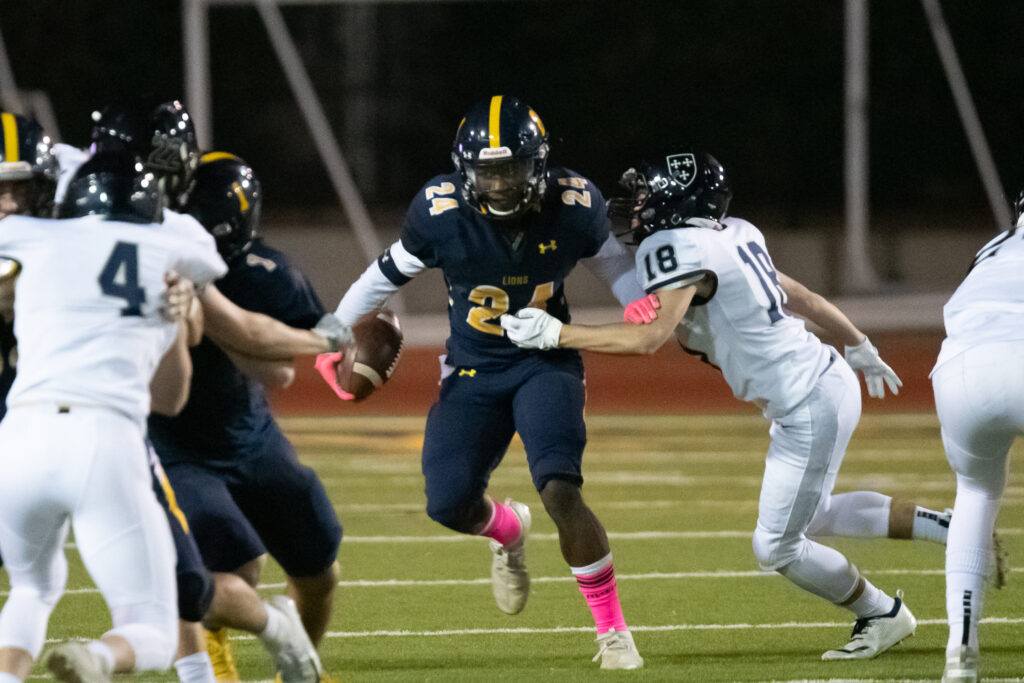 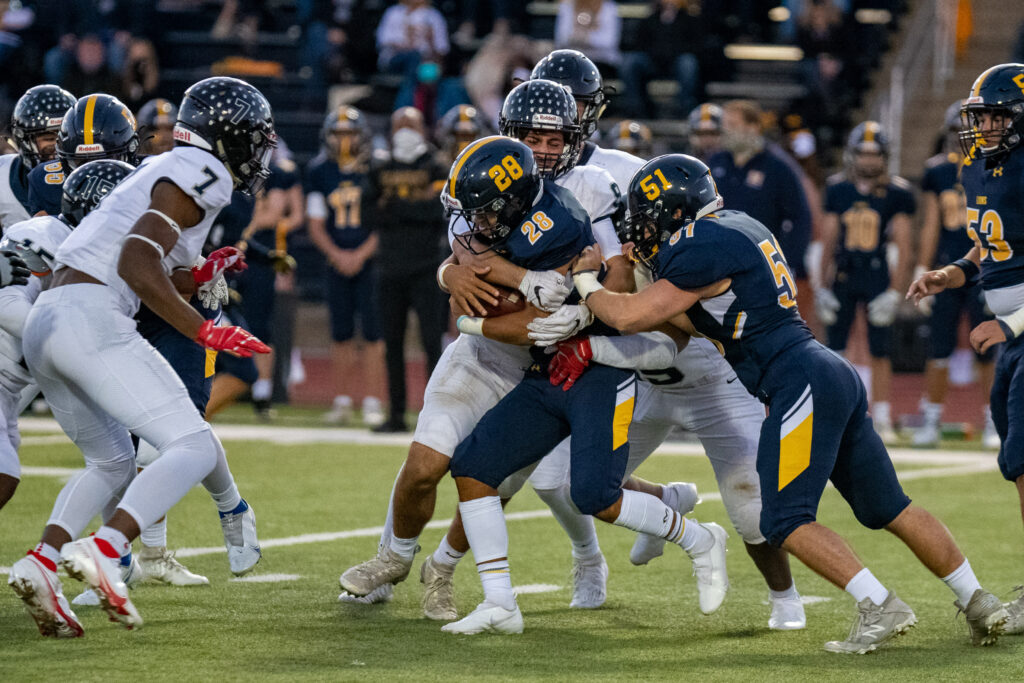 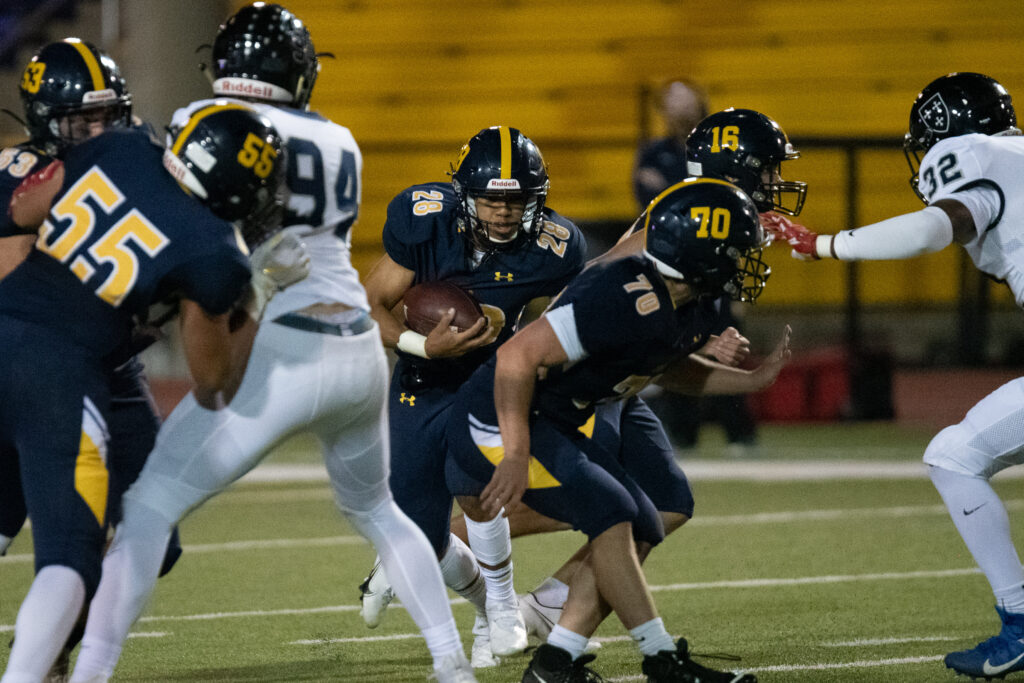 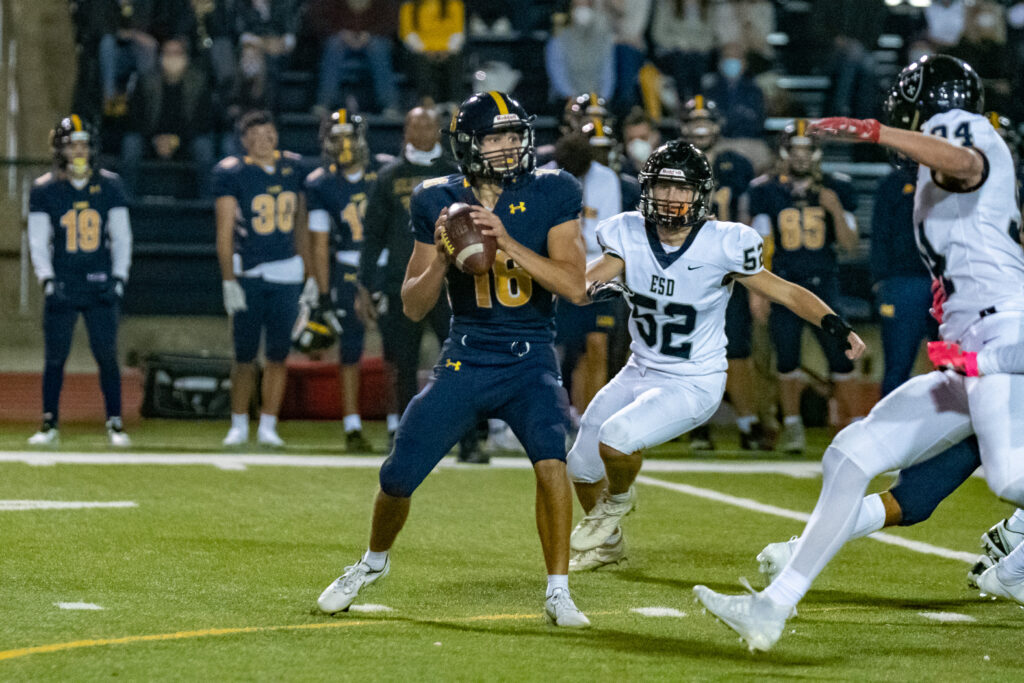 Meanwhile, the Lions (0-1) showed promise in their delayed season opener, after their first scheduled contest against Fort Worth Country Day was canceled due to COVID-19 precautions.

In his first varsity start, Alex Nadalini tossed a scoring pass to Connor Gaffney on the opening play of the second quarter to account for the St. Mark’s scoring.

The Lions have two road games remaining in the next two weeks, at Greenhill and Arlington Oakridge.