Here’s an “only in 2020” statistic: Three weeks into its season, W.T. White has two wins and two losses.

One of those victories came via coronavirus-related forfeit over Molina, and the other was a 61-0 thrashing of Carrollton R.L. Turner on Thursday at Standridge Stadium. 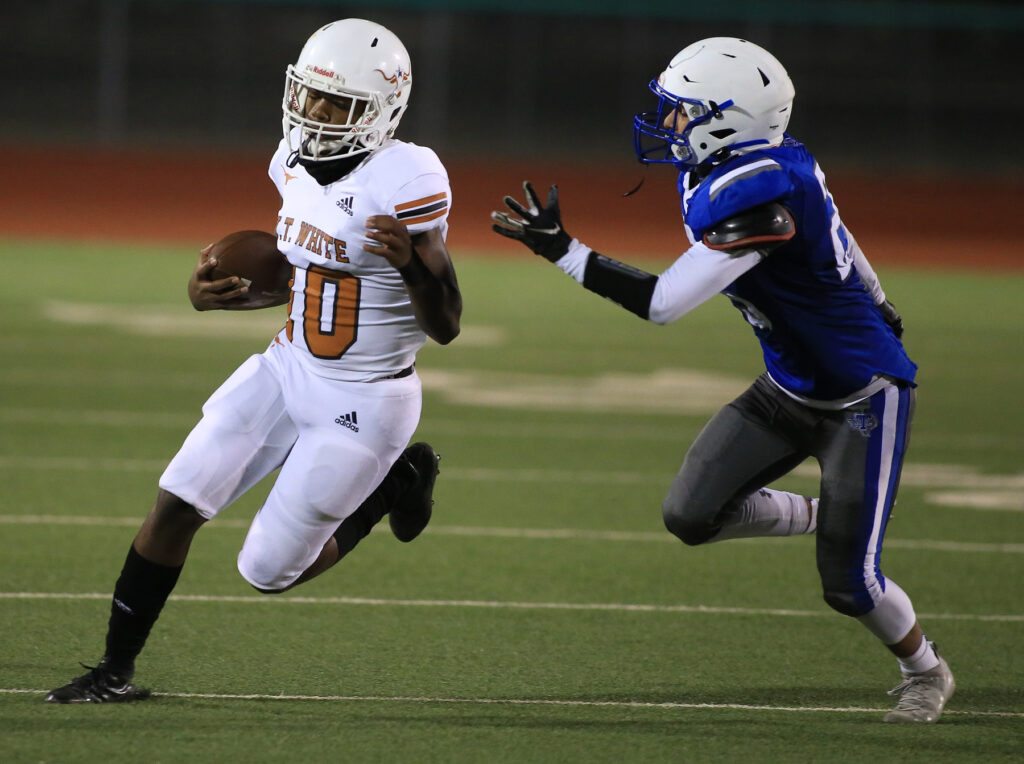 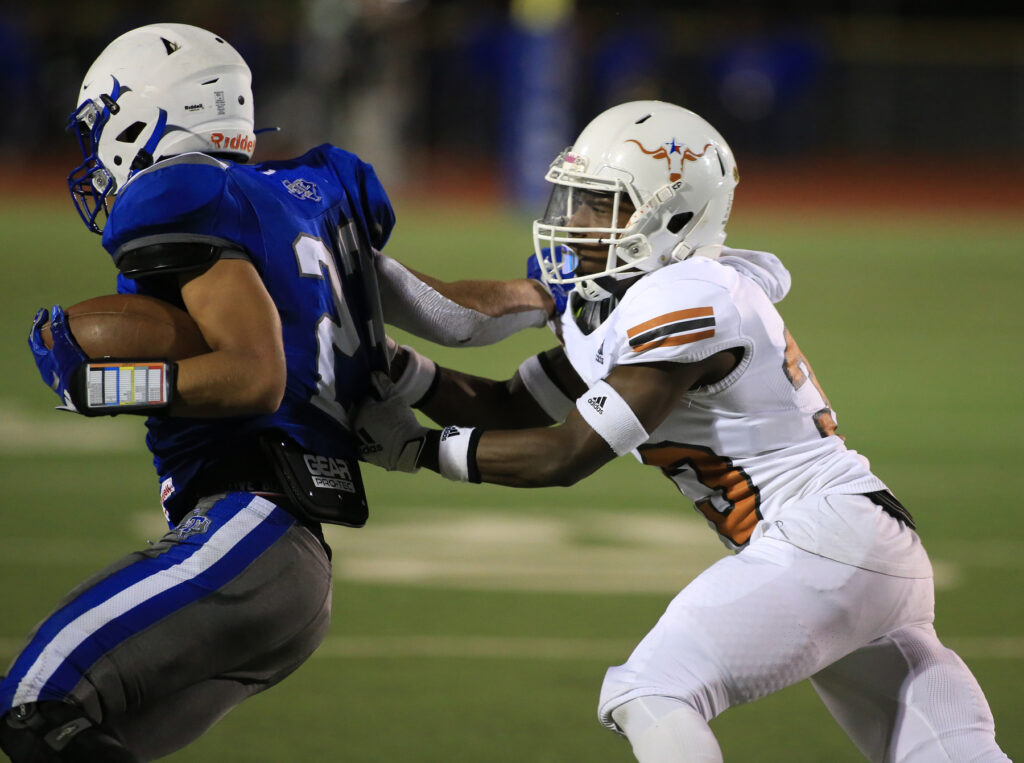 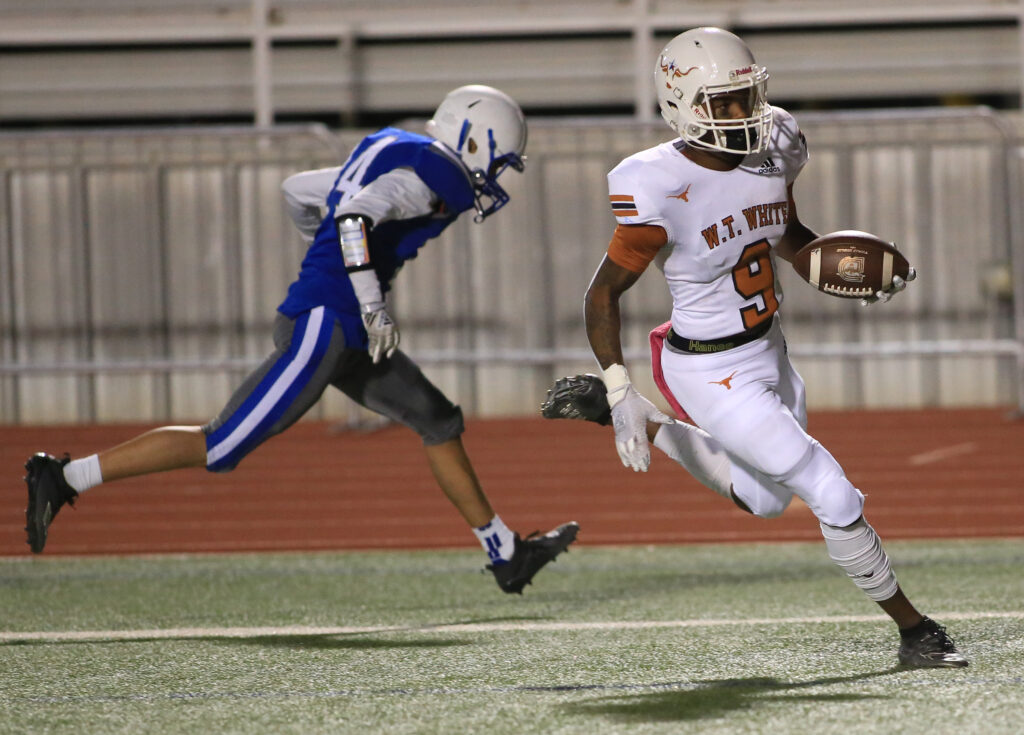 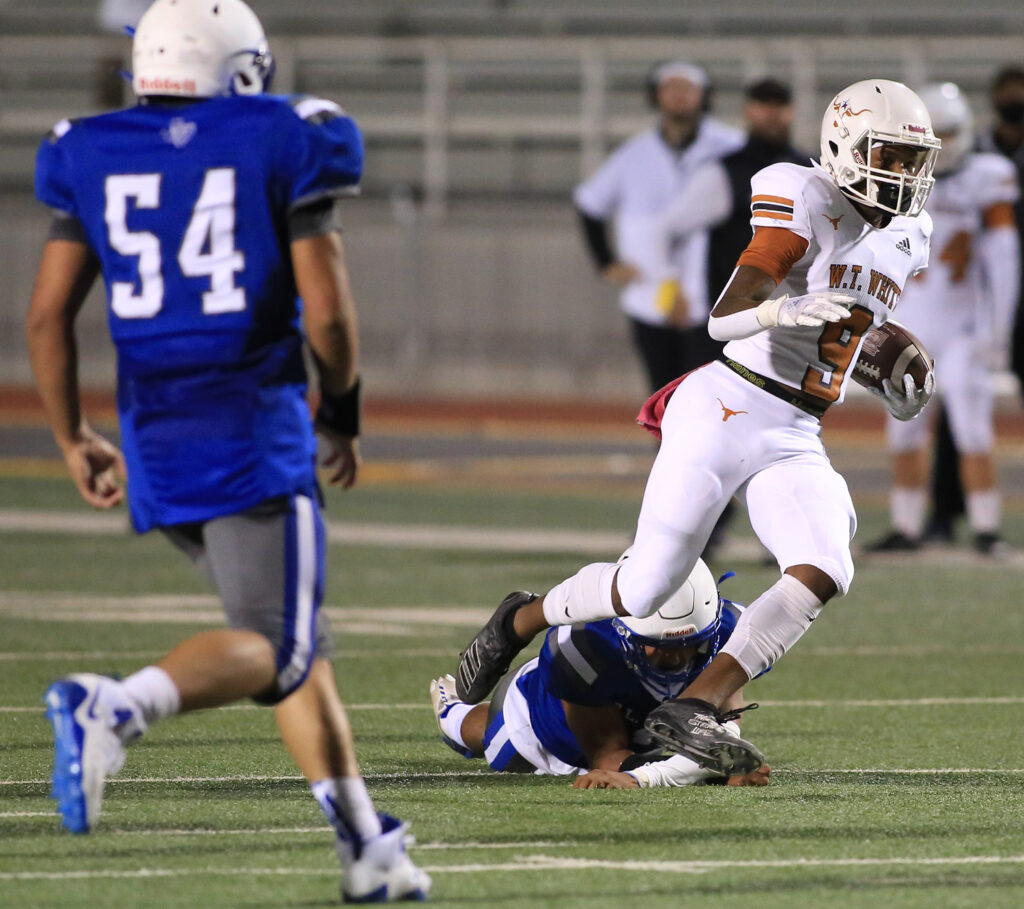 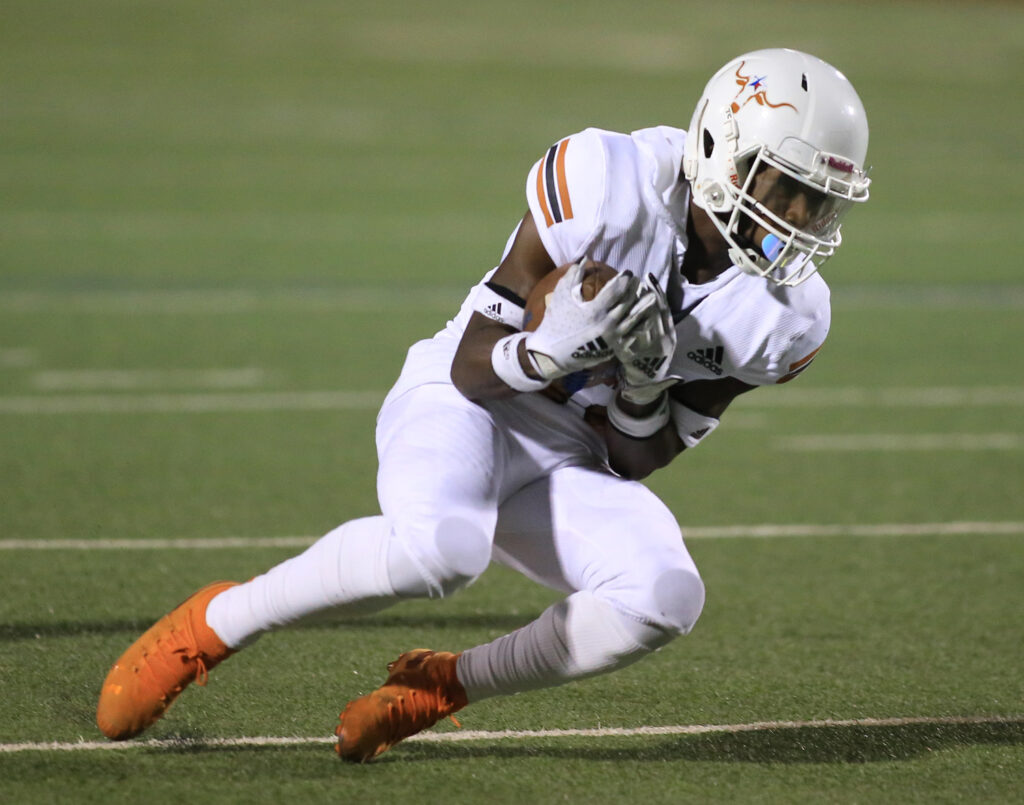 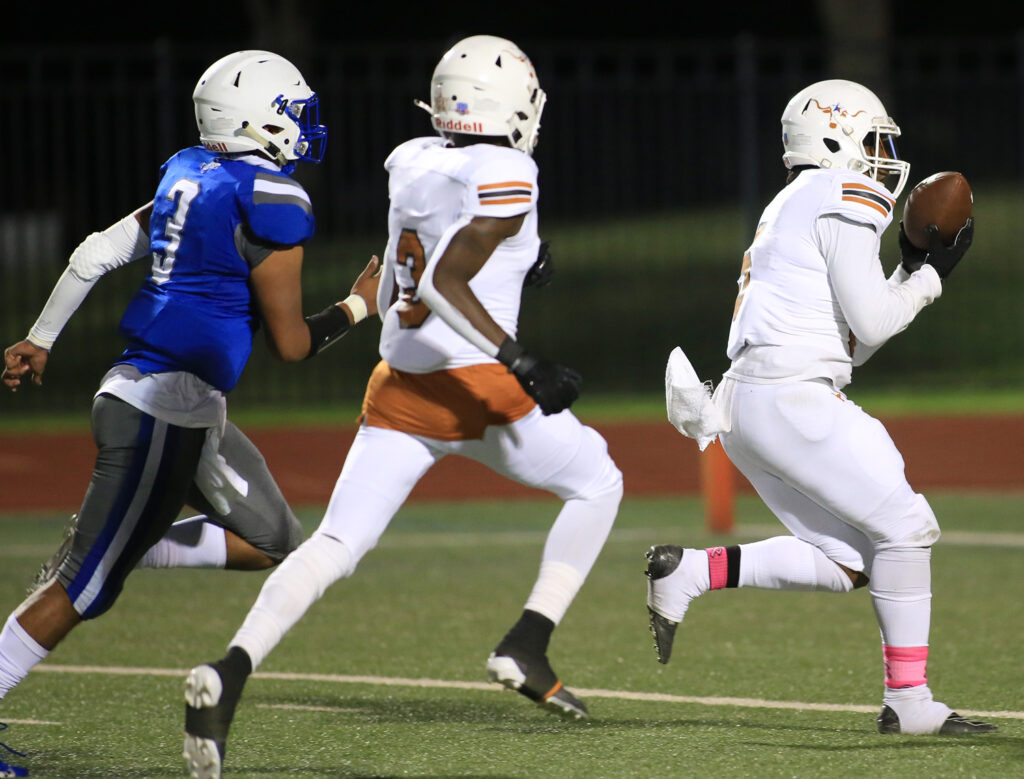 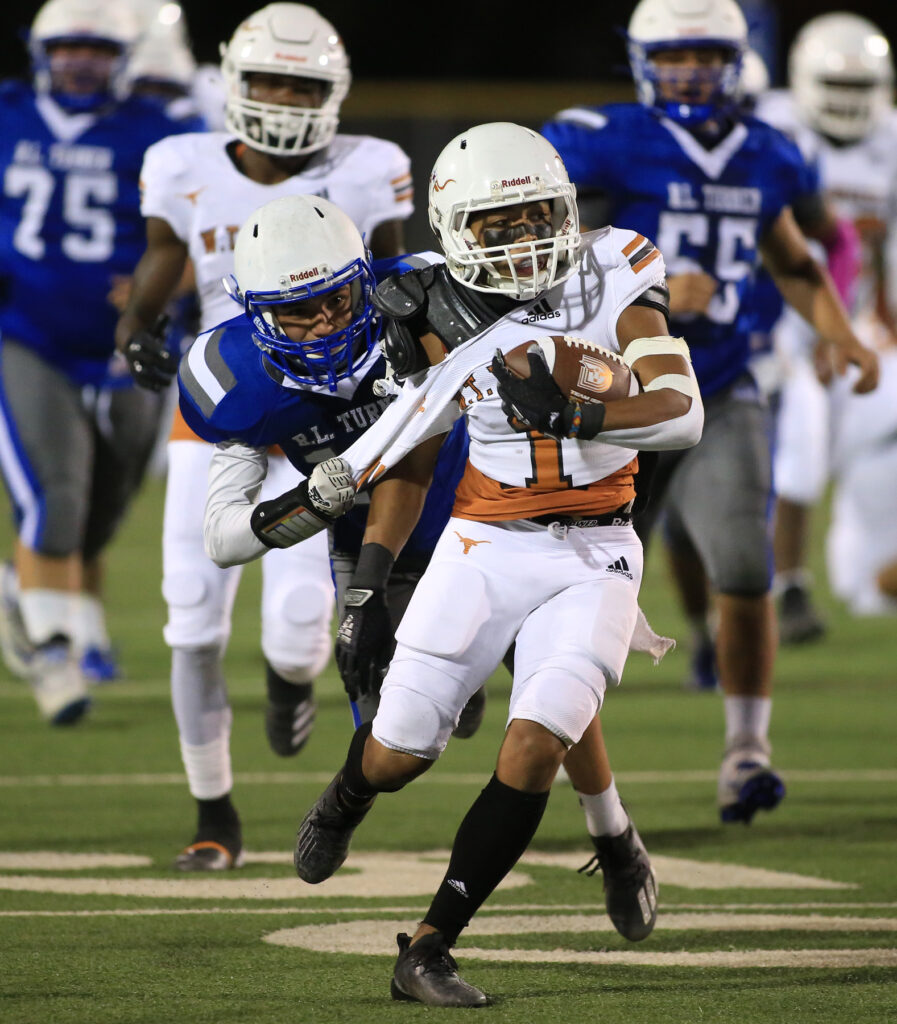 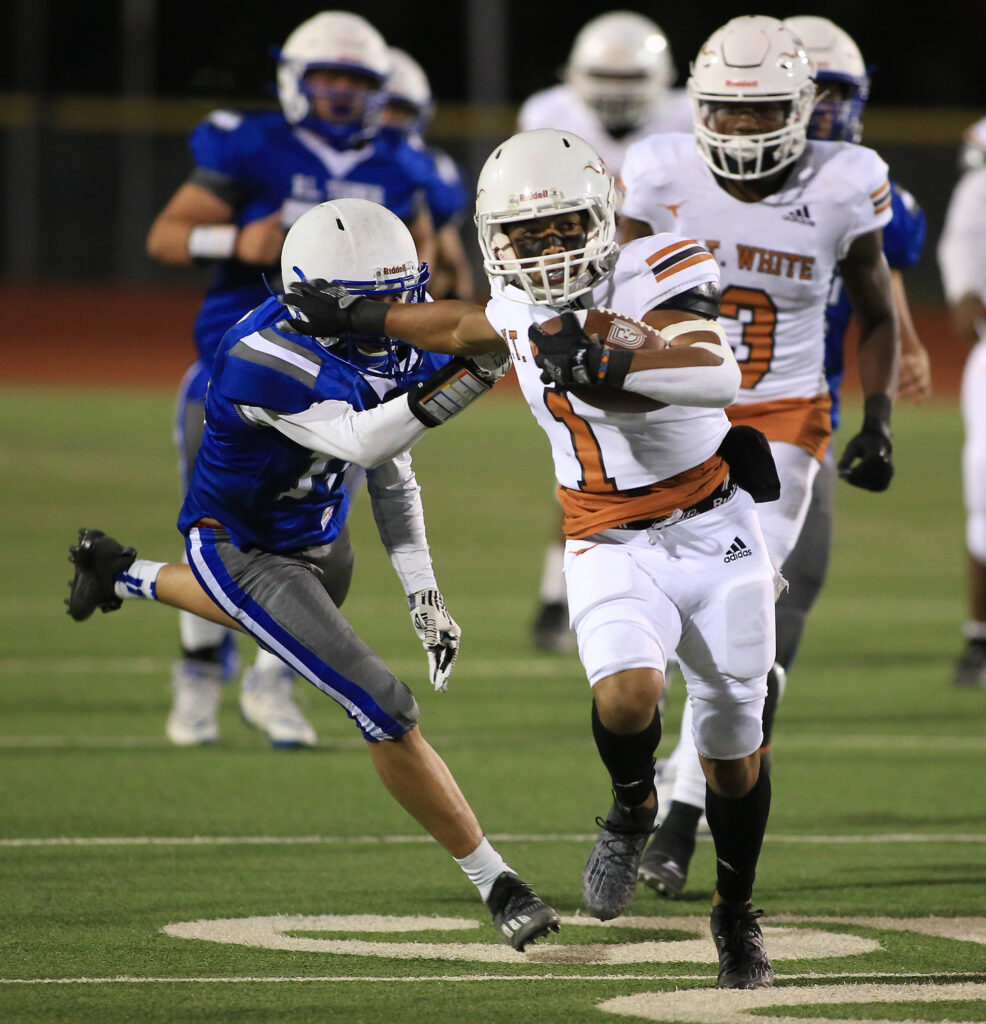 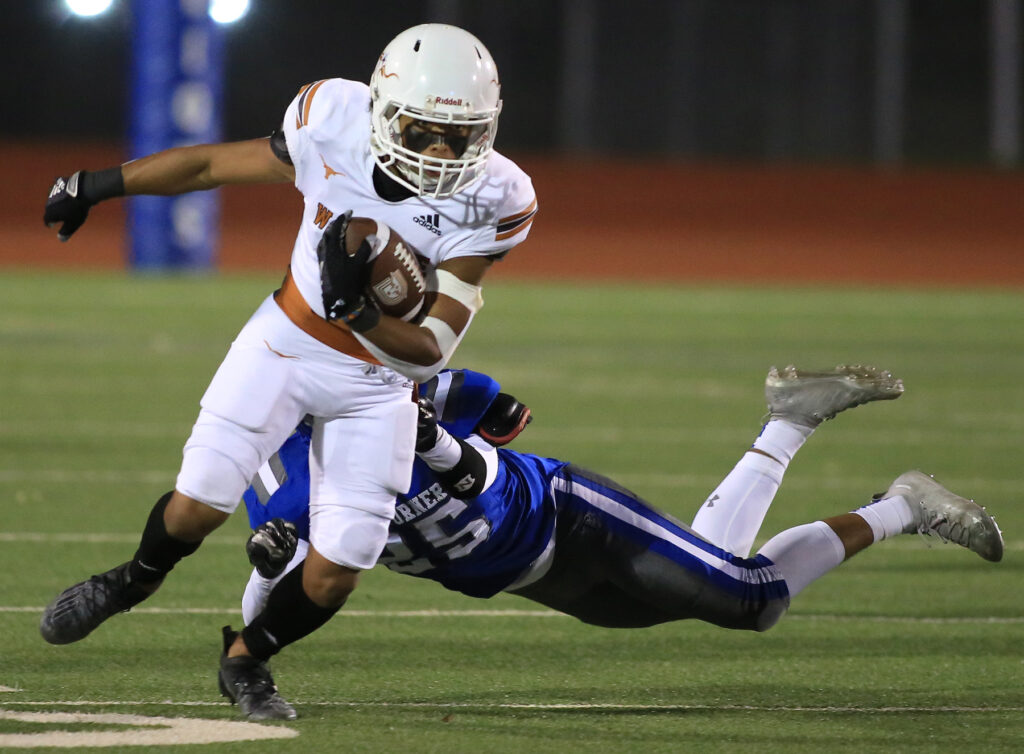 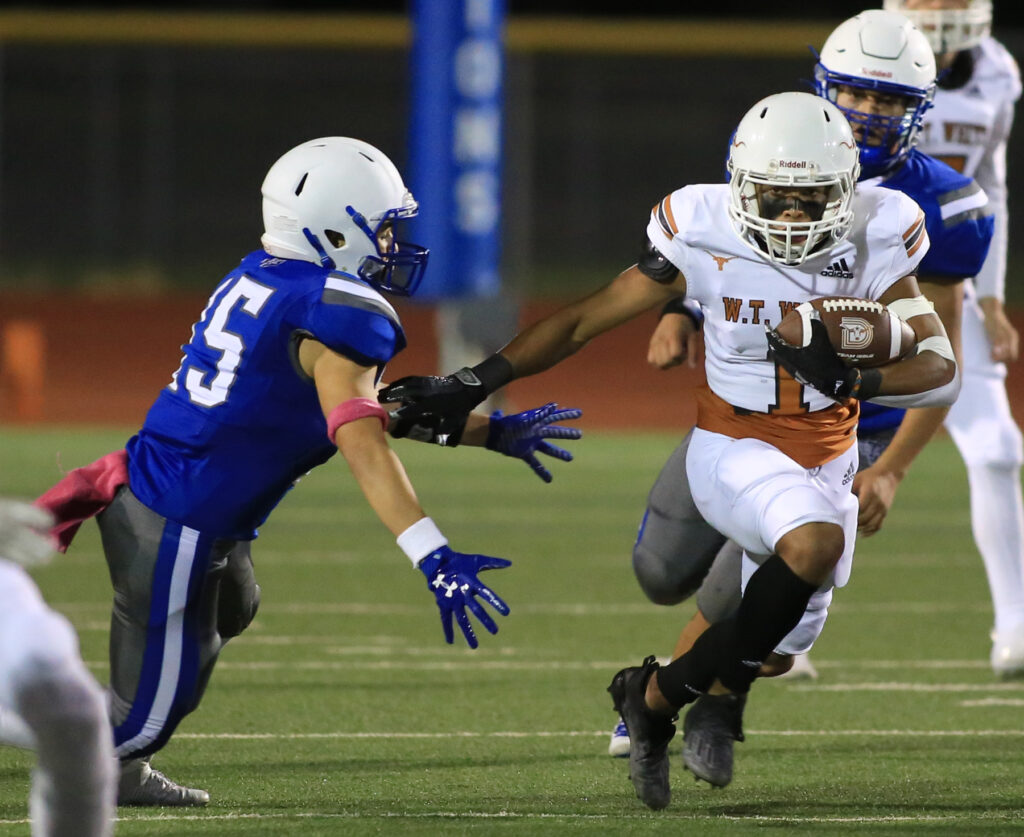 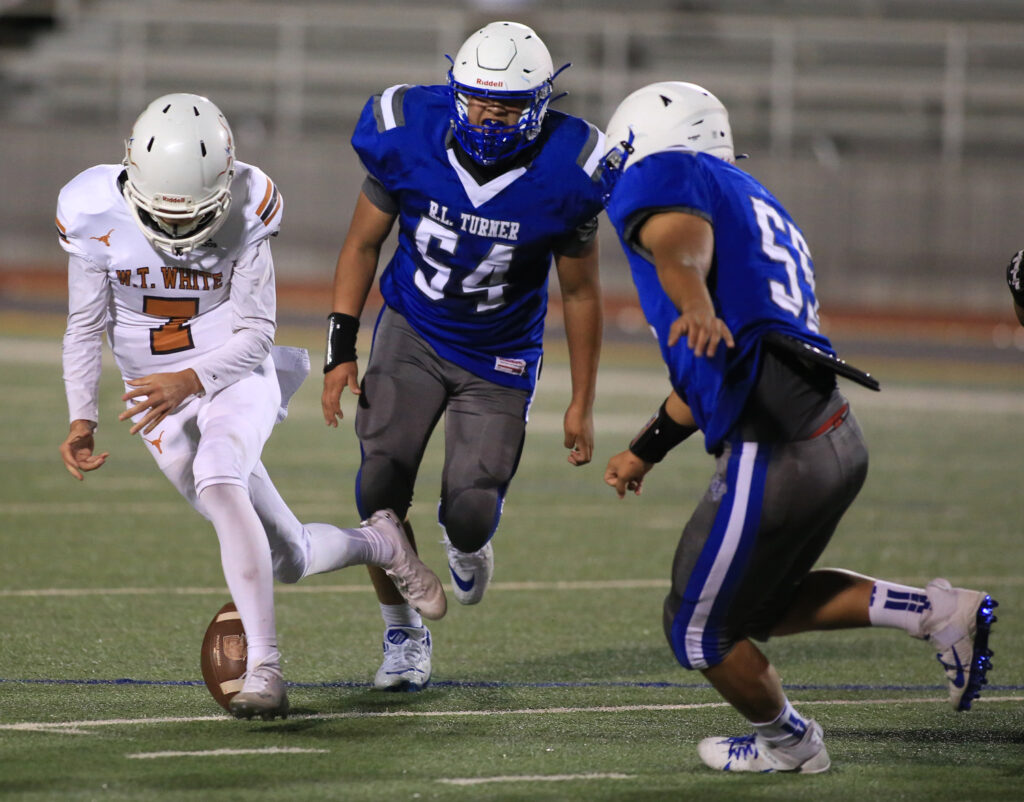 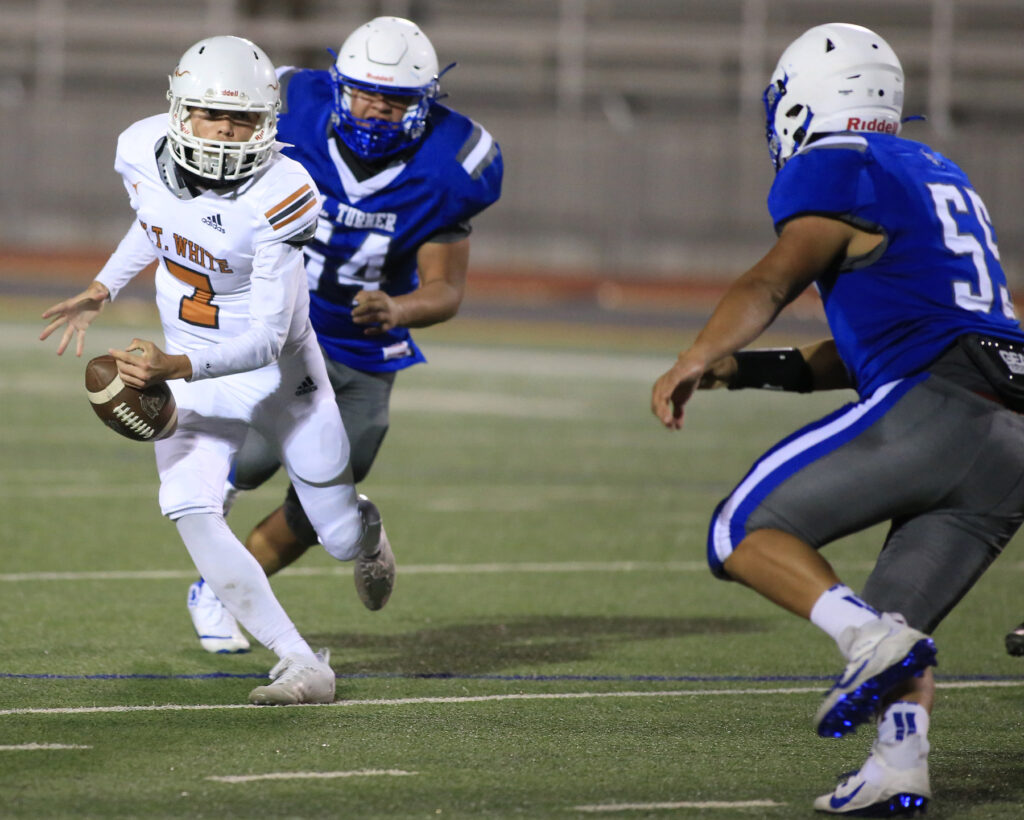 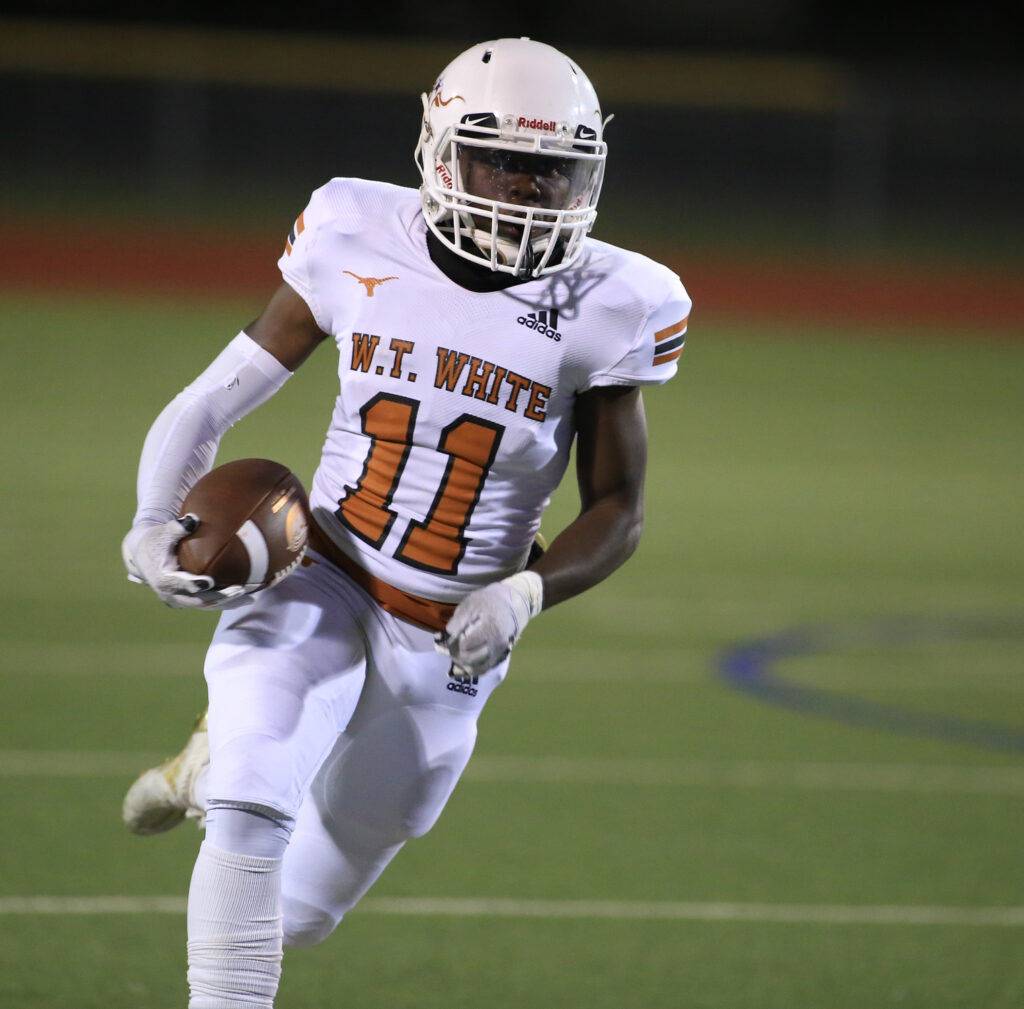 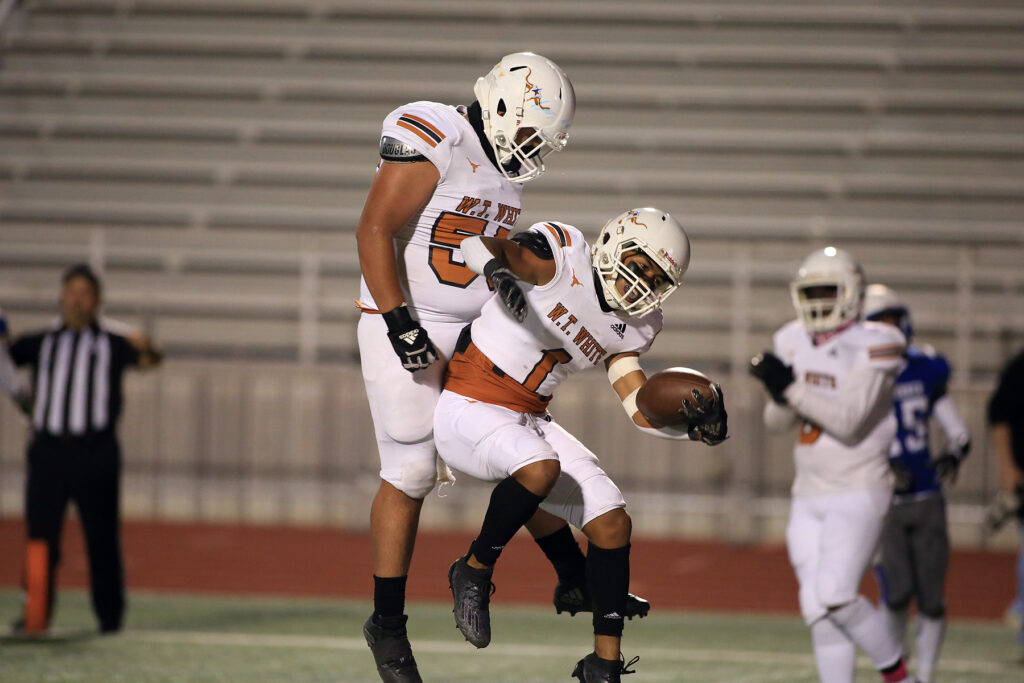 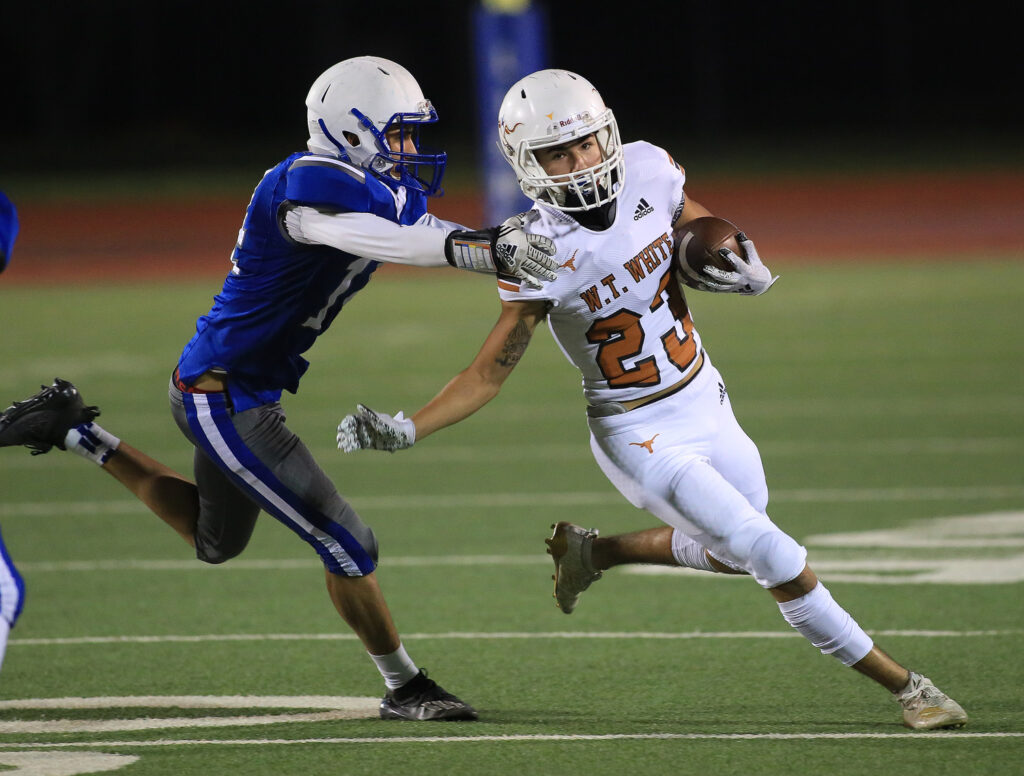 The Longhorns (2-2, 2-0) hope their on-field win will help establish momentum for the balance of the District 6-5A Div. I schedule after a pair of hard-fought losses in nondistrict play.

WTW was dominant from beginning to end against Turner, which hasn’t won a game in more than three years and hasn’t scored a point yet this season — but still has a victory to its credit, also via forfeit.

At any rate, the Longhorns scored on a long touchdown pass from Jason Salinas to Dom Dozal on the first play from scrimmage and never looked back. Salinas had four touchdown passes overall, to four different receivers.

Dozal and Elijah Edwards each scored one rushing and one receiving touchdown, while Jaydyn Sisk ran for two scores as part of a balanced attack. Dejon Baker and Johnathon Ware also caught touchdown passes from Salinas as part of a barrage that led to a 35-0 halftime advantage.

Meanwhile, the WTW defense shut down the overmatched Lions, who managed just 29 total yards and did not complete a pass in the game.

The Longhorns will continue league play on Oct. 23 with a crucial home game against Woodrow Wilson.