Jesuit would rather not be 0-2. But the Rangers know, following a 60-38 loss to Rockwall on Friday, that there’s no need to hit the panic button.

After all, Jesuit dropped all three nondistrict games a year ago, then mounted a historic playoff run to the Class 6A Region II final in December.

After the Yellowjackets pulled away in the second half at Postell Stadium, the Rangers hope that the early-season experience gained against a perennial powerhouse will again pay dividends down the road.

“We want to play tough opponents in nondistrict, because when you hit the playoffs, you’re typically seeing that [level of competition],” said Jesuit head coach Brandon Hickman. “I’m excited about this team. We’re going to grow up each week and get better.”

Rockwall scored three touchdowns in a five-minute span to open the second half, quickly turning a halftime tie into a 43-22 lead. It was part of 31 consecutive points for the Yellowjackets during the second and third quarters that sealed Jesuit’s fate. 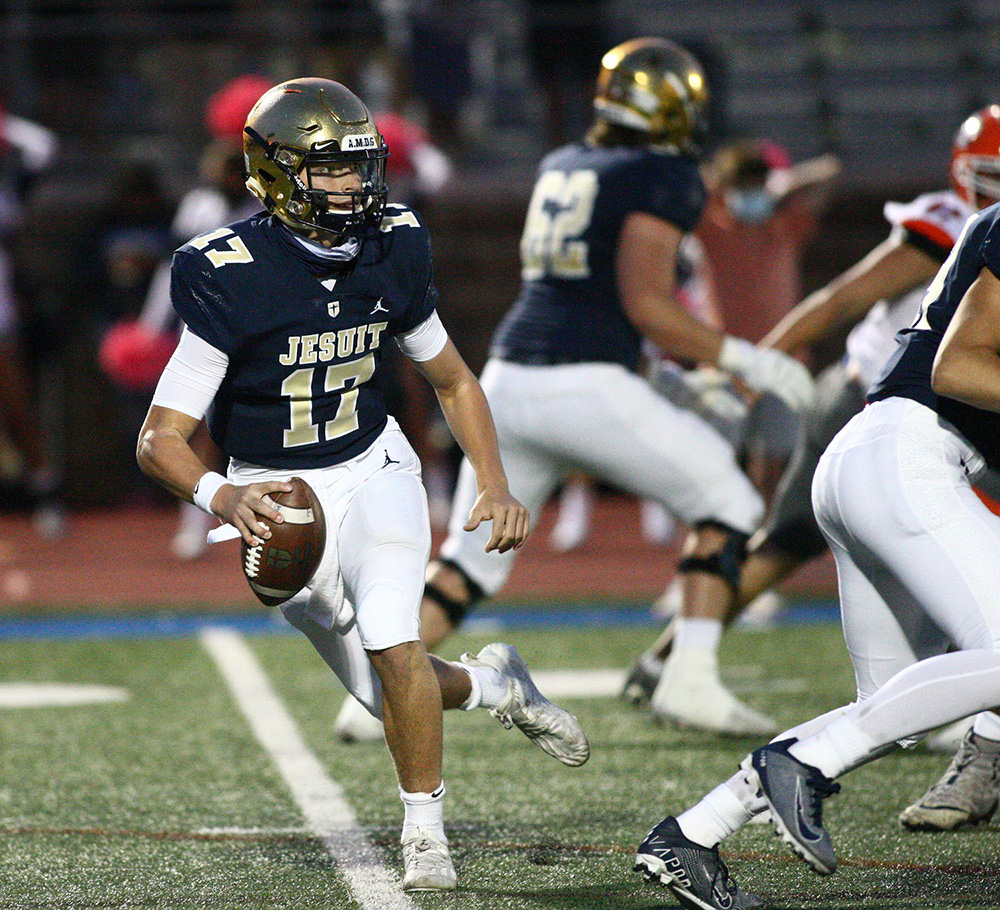 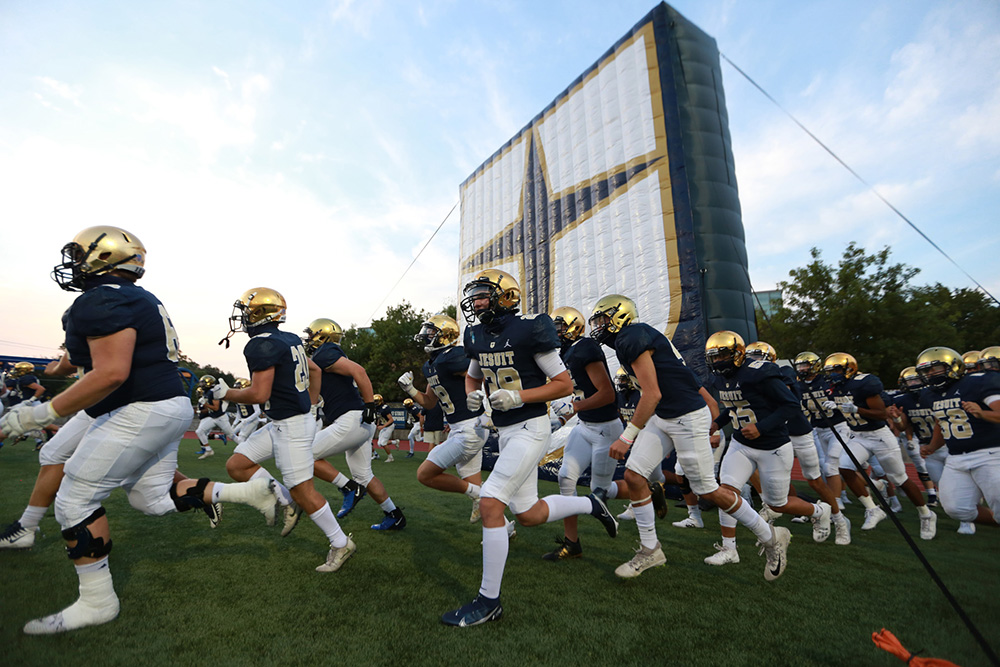 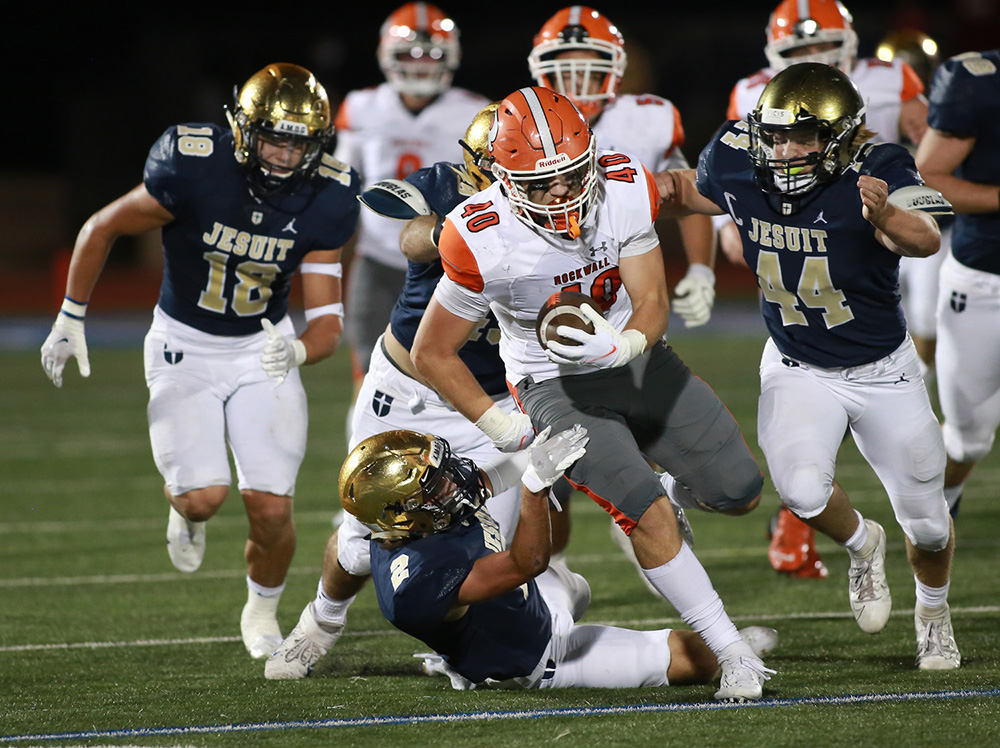 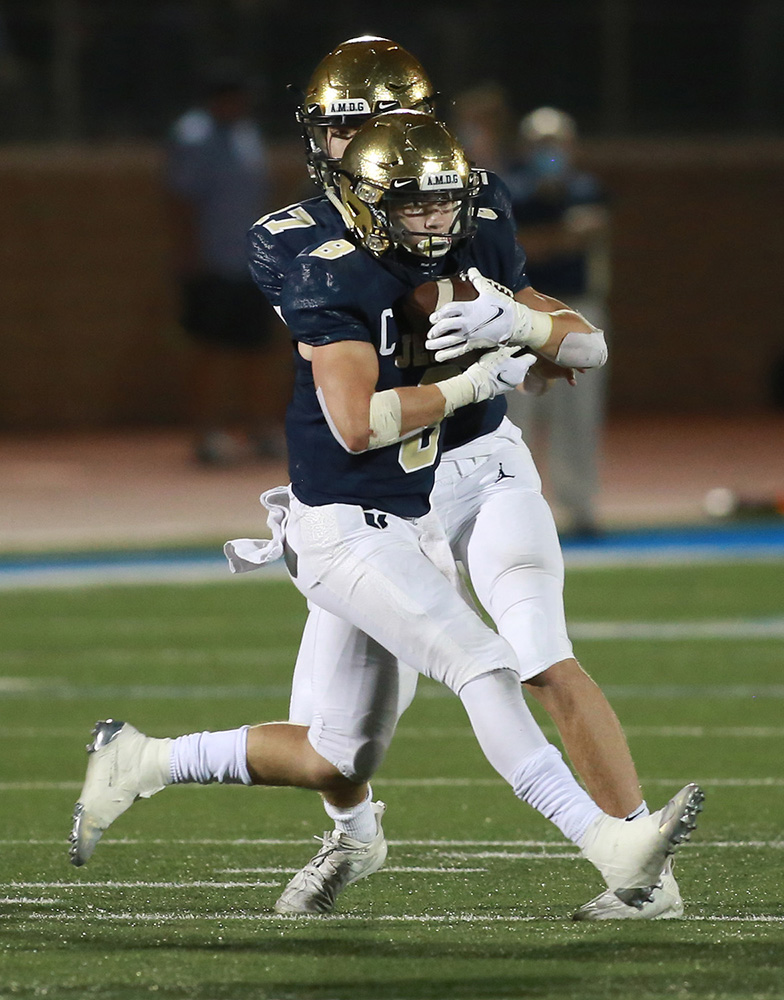 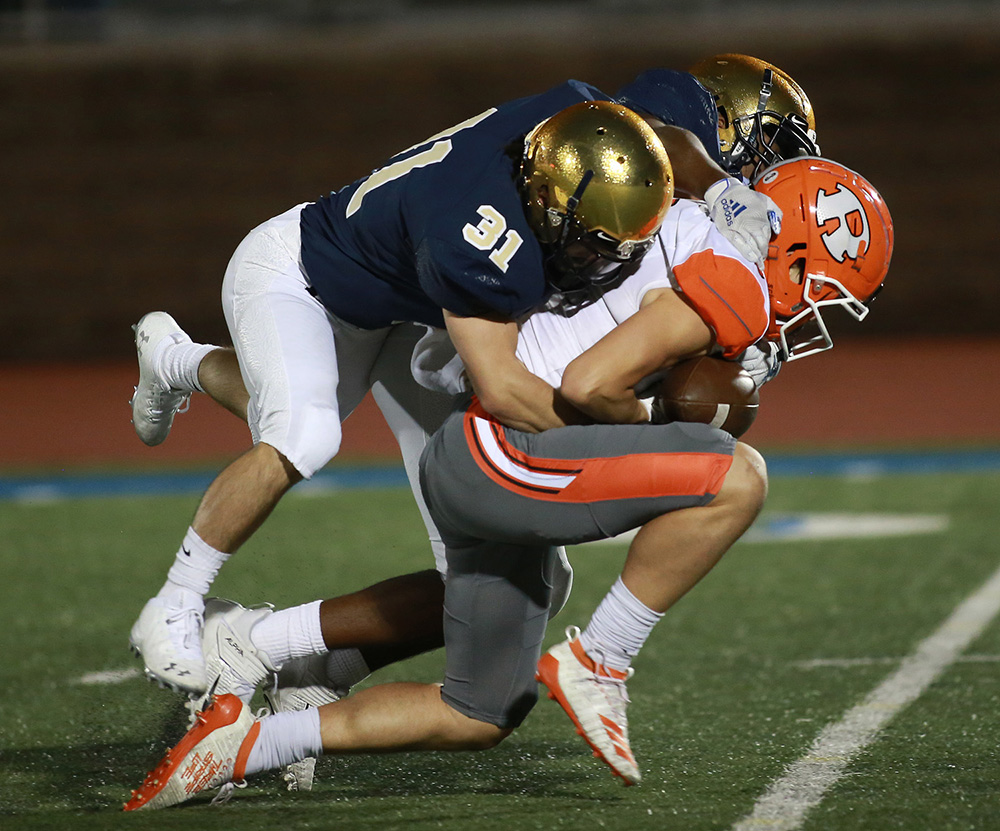 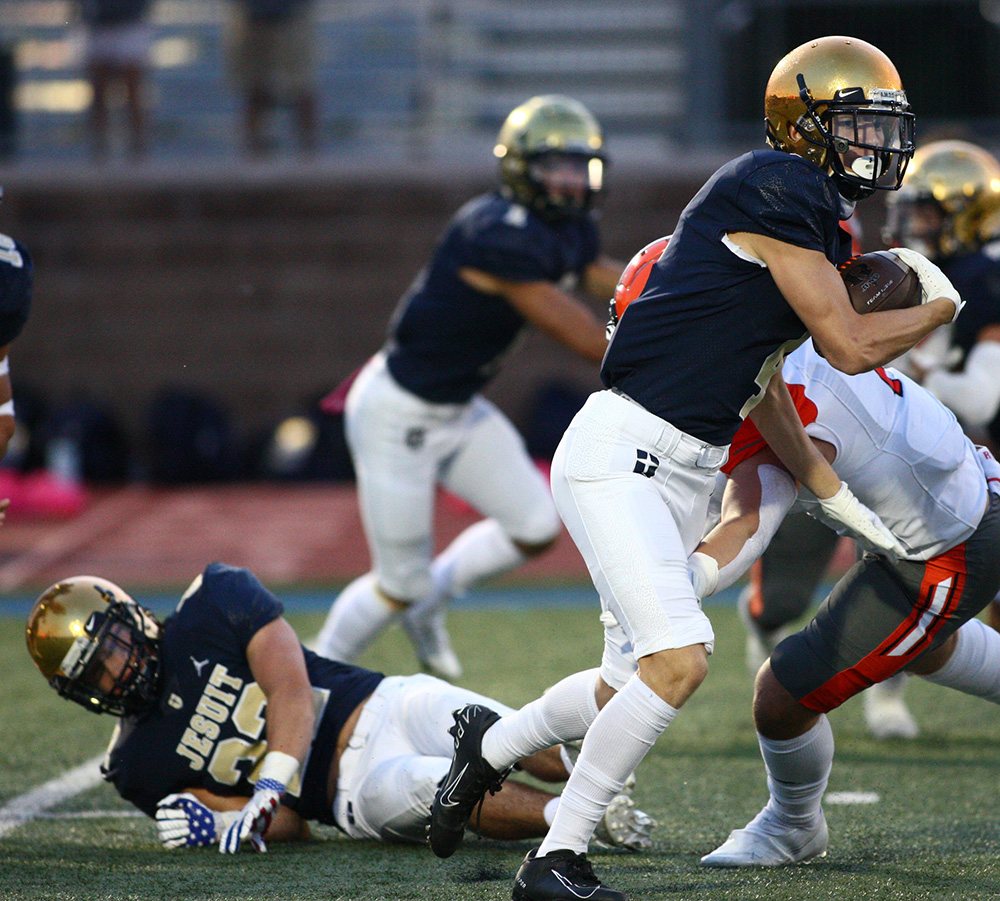 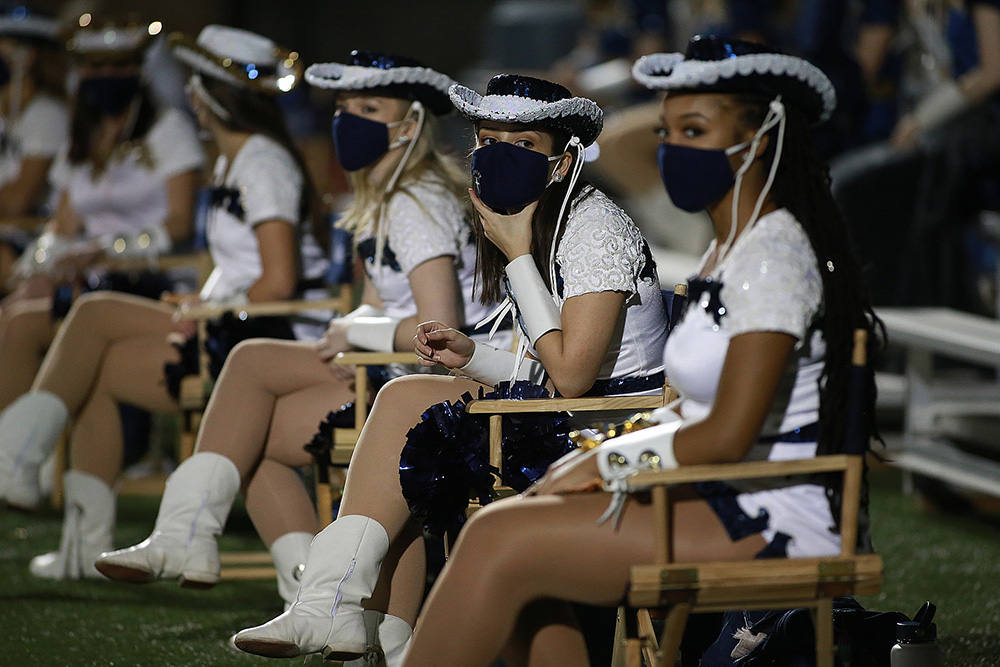 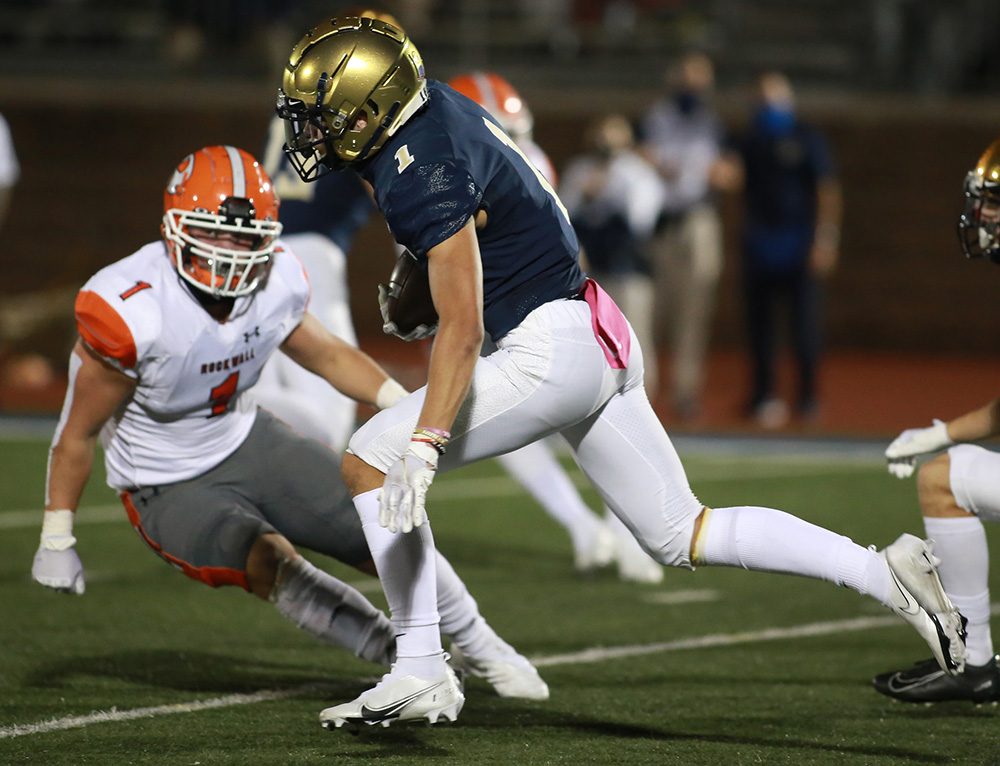 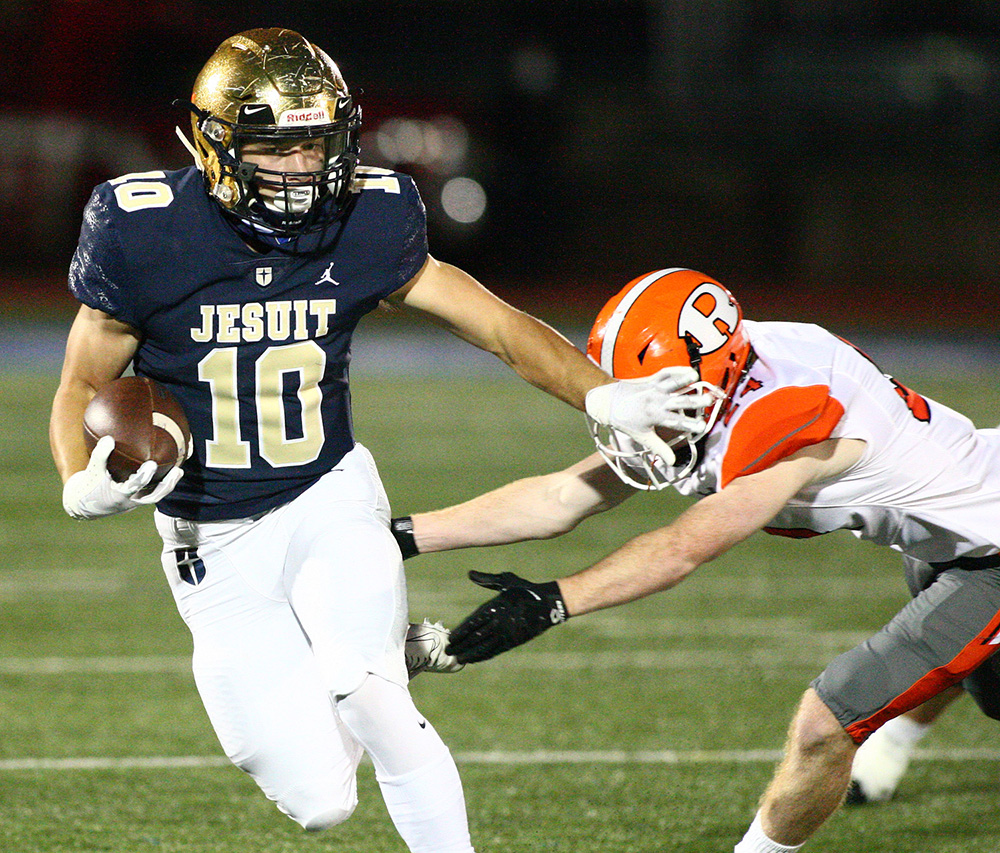 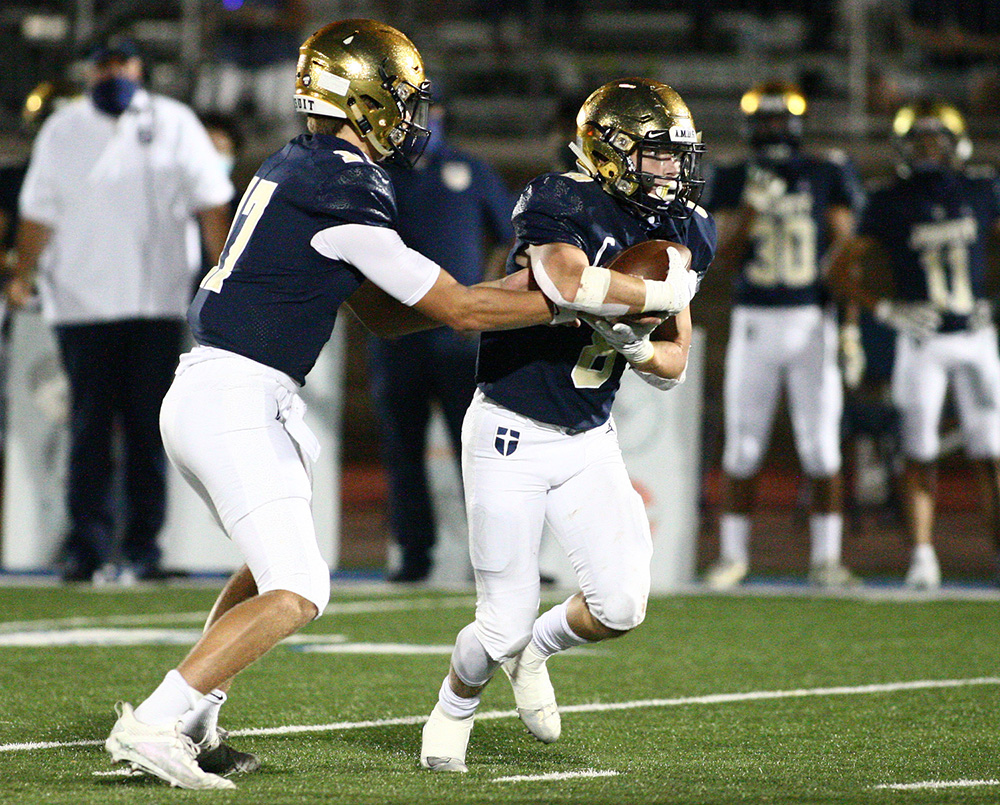 Rockwall’s explosive offense, led by Braedyn Locke’s 283 passing yards and four touchdowns, kept the Rangers on their heels for much of the game. The Jackets also intercepted a pass and scored on a blocked field goal return as part of the midgame barrage.

“We’re still trying to find a complete game,” Hickman said. “We didn’t take advantage of the opportunities that we had in the third quarter.”

The Rangers flashed plenty of firepower themselves, with junior quarterback Gage Roy posting another solid game. Roy threw for 199 yards and two touchdowns, both to Cole Younger.

Jake Taylor rushed for 110 yards, and Robert Fitzgerald scored twice on the ground in addition to converting multiple two-point conversions for the Rangers.

Meanwhile, after Rockwall took a brief 15-14 lead early in the third quarter, Jesuit’s Hunter Krepp returned the ensuing kickoff 90 yards for a touchdown.

Caden Marshall accumulated 127 receiving yards and two touchdowns for Rockwall, including a 69-yarder on the second play from scrimmage, and added a rushing score. Zach Hernandez ran for 112 yards and a touchdown.

The Rangers will travel to face Plano East in their final nondistrict contest on Oct. 9 before returning home for the District 7-6A opener on Oct. 23 against Richardson Pearce.

Muller Has Been Masterful For Rangers