Remember when someone wearing a mask into a store would spark feelings of alarm? Lately, the arrival of unmasked visitors can raise concerns and not just for those worried about catching the virus that causes COVID-19. 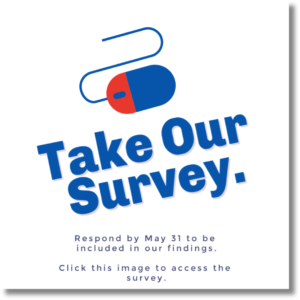 ABC News reported in May on what the network called a “dark new front…in the battle over face coverings.” The story focused on violence across the nation, including the death of a 43-year-old man in a Flint, Michigan. Authorities said the Family Dollar security guard was killed after telling an unmasked woman to leave.

Anger over mask-wearing hasn’t turned violent in the Park Cities, but a social media post about masks, a firearm, and ammunition put authorities on notice and got the man who wrote it fired by a law firm.

“No more masks,” the post says. “Any business that tells me to put on a mask (Whole Foods on Lomo Alto) in Dallas…will lose my business forever…Do I have to show the lame security guard outside of a ghetto store my CV19 test results? I will show him my Glock 21 shooting range results. With Hornady hollow points. Pricey ammo, but worth it in this situation. They have reached the limit. I have more power than they do…they just don’t know it yet.” 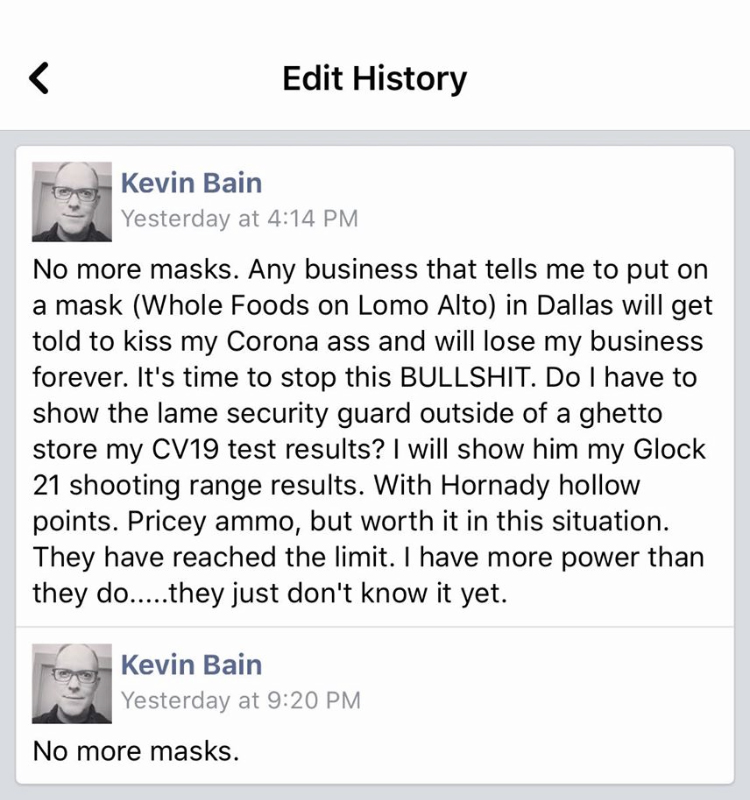 Warren Mitchell of the Dallas Police Department said in an email that the department was aware of the post, and the department’s Fusion Center and intelligence detectives are reviewing the information.

Whole Foods didn’t respond to a request for comment.

Because the man who put that message on Facebook had not been charged with a crime, peoplenewspapers.com didn’t identify him when first reporting the story.

But the news has since been picked up by the national media, including NBC News, who identified him as Kevin Bain, a former document services manager with the Thompson & Knight law firm.

The law firm responded with a statement on May 8:

“This afternoon we learned that an administrative employee of the Firm issued a threatening and offensive post on a personal social media account related to COVID-19 mask protections. This post is a complete violation of the values of our Firm, including our commitment to the health and safety of the communities we serve. We have terminated this individual’s employment and notified the proper authorities about the post as a precaution. We are deeply sorry for this situation. This type of post is not and never will be tolerated by our Firm.”