It seems like a million years since the primaries in March, but any voter likely remembers the lines, communal pens, touchscreens, and baskets of stickers. 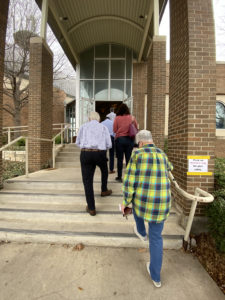 What seemed so easy in March now sounds fraught with danger – which is why many are lobbying to allow any voter who feels concerned about potential exposure to COVID-19 to request a mail-in ballot under the disability provision.

Last month, Dallas County commissioners voted 4-1 on a resolution supporting residents who want to claim disability if they are worried about exposure.

Commissioners also approved about $600,000 for equipment to sanitize polling places and plexiglass shields as well.

Current law limits the use of mail-in ballots to people over 65, those who are sick or disabled, the military, or anyone who will be away from home when it’s time to vote.

“Mail ballots based on disability are specifically reserved for those who are physically ill and cannot vote in-person as a result. Fear of contracting COVID-19 does not amount to a sickness or physical condition as required by the Legislature,” Paxton said.

Texas Democrats filed suit in Travis County in April to let anyone concerned about COVID-19 claim a “disability” and vote by mail. By mid-April, Travis County District Judge Tim Sulak ruled that voters who are not immune to COVID-19 could qualify for mail-in ballots under disability provisions in the Texas election code.

Paxton followed that ruling with a letter to local election officials where he told them that because he had appealed, eligibility had not expanded and that voters cannot legally ask for mail-in ballots by just claiming they’re worried about contracting the virus.

“The lawsuit recently filed in Travis County District Court does not change or suspend the disability requirements required by the Texas Legislature,” Paxton’s letter said. “Pursuant to Texas law, the District Court’s order is stayed and has no effect during the ongoing appeal.” 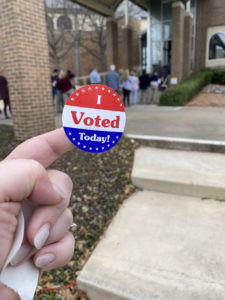 “It is against Texas Elections law to lie to and mislead elections officials in the State of Texas,” Scudder said when announcing the move on Facebook. “Voter fraud in Texas is not happening in mail-in ballots; it’s happening in the office of the Attorney General.”

“This complaint is an outrageous effort by those who would mislead the public about Texas voting law in order to advance their own political agenda,” Marc Rylander, a spokesperson for the attorney general’s office, responded.

Last week, Paxton’s case made it to the Texas Supreme Court, who ruled that the counties who were opting to allow voters to apply for a mail-in ballot based on concerns over contracting COVID-19 were incorrect in their application of the law.

“I applaud the Texas Supreme Court for ruling that certain election officials’ definition of ‘disability’ does not trump that of the Legislature, which has determined that widespread mail-in balloting carries unacceptable risks of corruption and fraud,” said Paxton. “Election officials have a duty to reject mail-in ballot applications from voters who are not entitled to vote by mail. In-person voting is the surest way to maintain the integrity of our elections, prevent voter fraud and guarantee that every voter is who they claim to be.”

On Friday, the Texas Tribune reported that Paxton, Lt. Gov. Dan Patrick, and Gov. Greg Abbott have all availed themselves of absentee ballots at least once.

As Trump Visits Preston Hollow, Neighbors Disagree on His Presidency