A work of whimsical illustration and heartwarming poetry expresses the magic that occurs when two seemingly different groups open their hearts to one another.

Heart Words is an alphabet book authored by Wesley Prep fourth-graders in collaboration with kindergarten through second-grade students at Heart House, a program that helps refugee children acclimate to resettlement in Dallas. Wesley Prep is a private school ministry of Lovers Lane United Methodist Church.

Exploring the concept of belonging, the book is replete with comforting life lessons for adults and children alike.

Wesley Prep and Heart House students found that place of belonging within each other. Friendships blossomed during weekly after school meetings where they wrote and illustrated together, said Wesley Prep teacher Lori Cousino.

“I think there’s something really magical about the creative process and going through something like that with other people,” she said. “The feeling of putting a beautiful thing in the world is definitely a unifying bonding experience.”

As the older group, the fourth-graders gained confidence in teaching the younger students, Cousino said.

“I think there’s something really magical about the creative process and going through something like that with other people.” -Lori Cousino 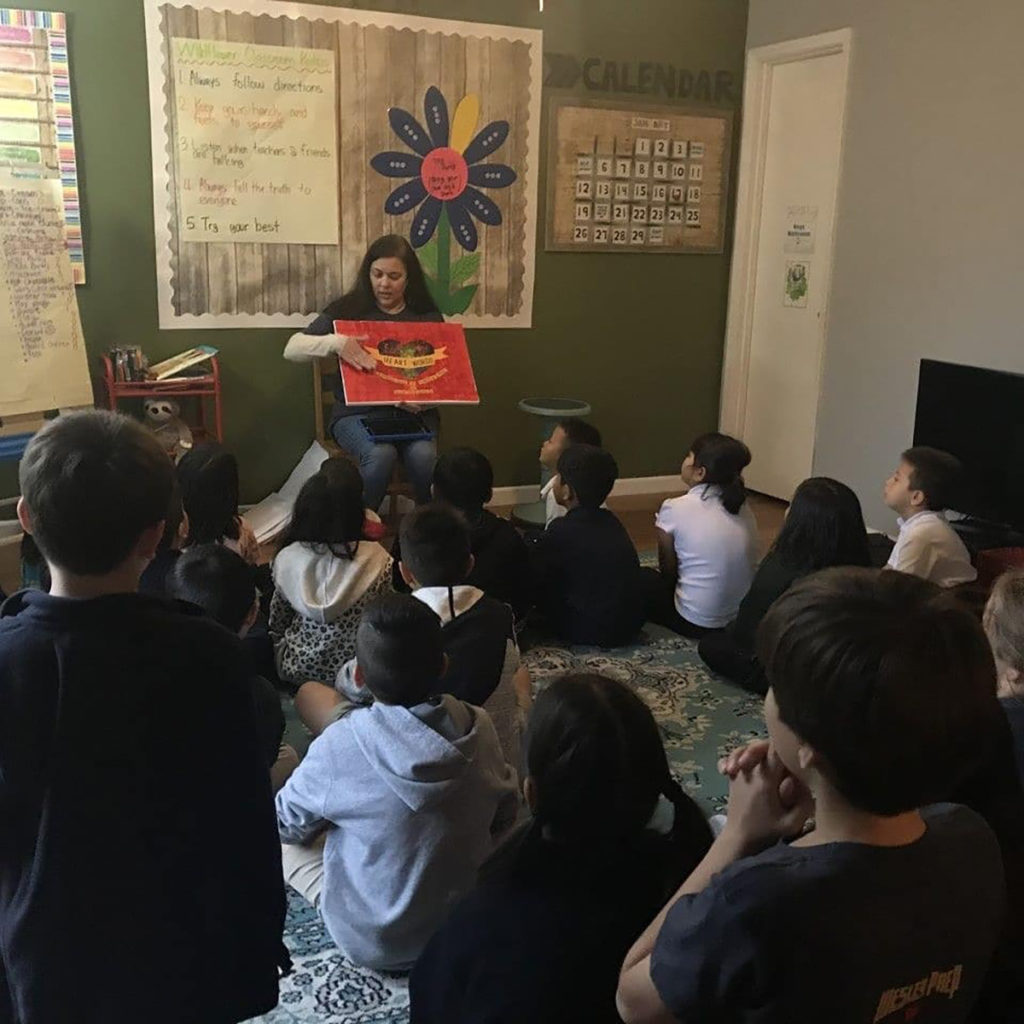 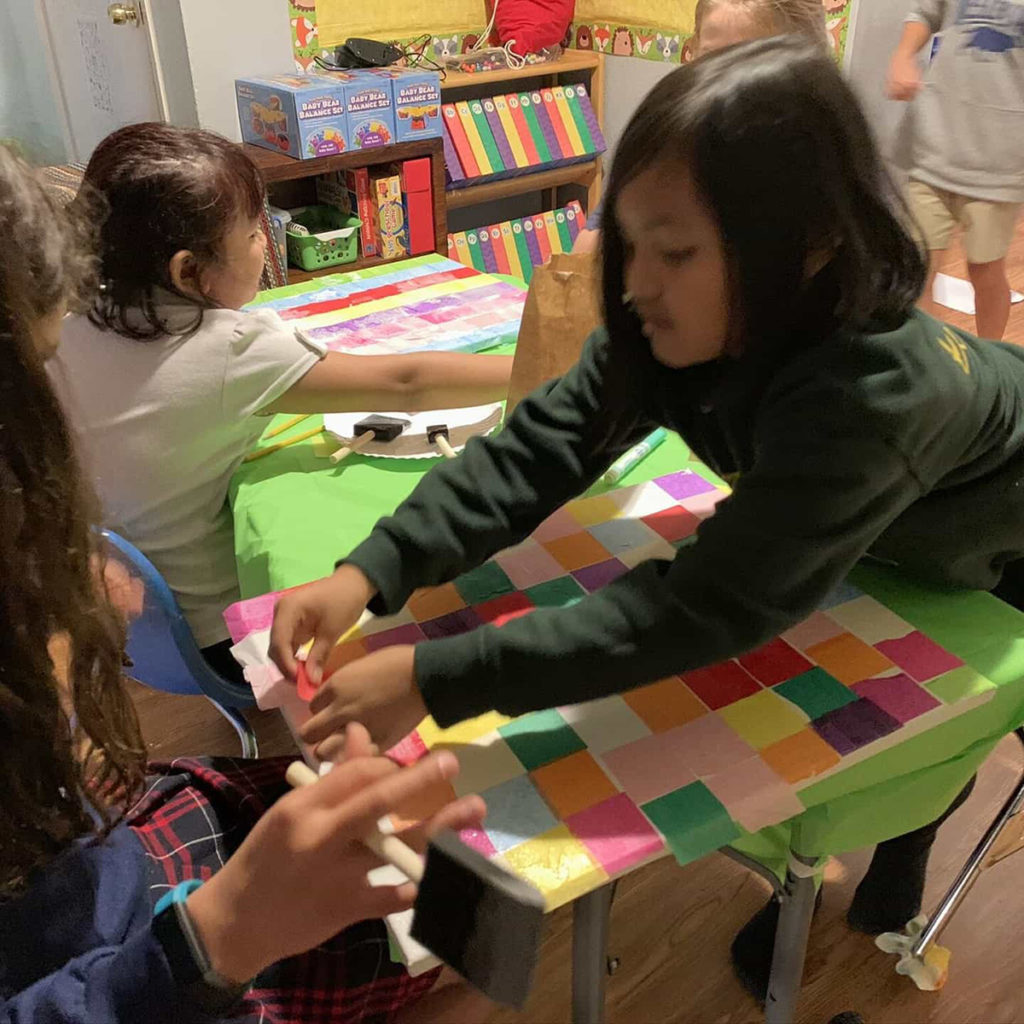 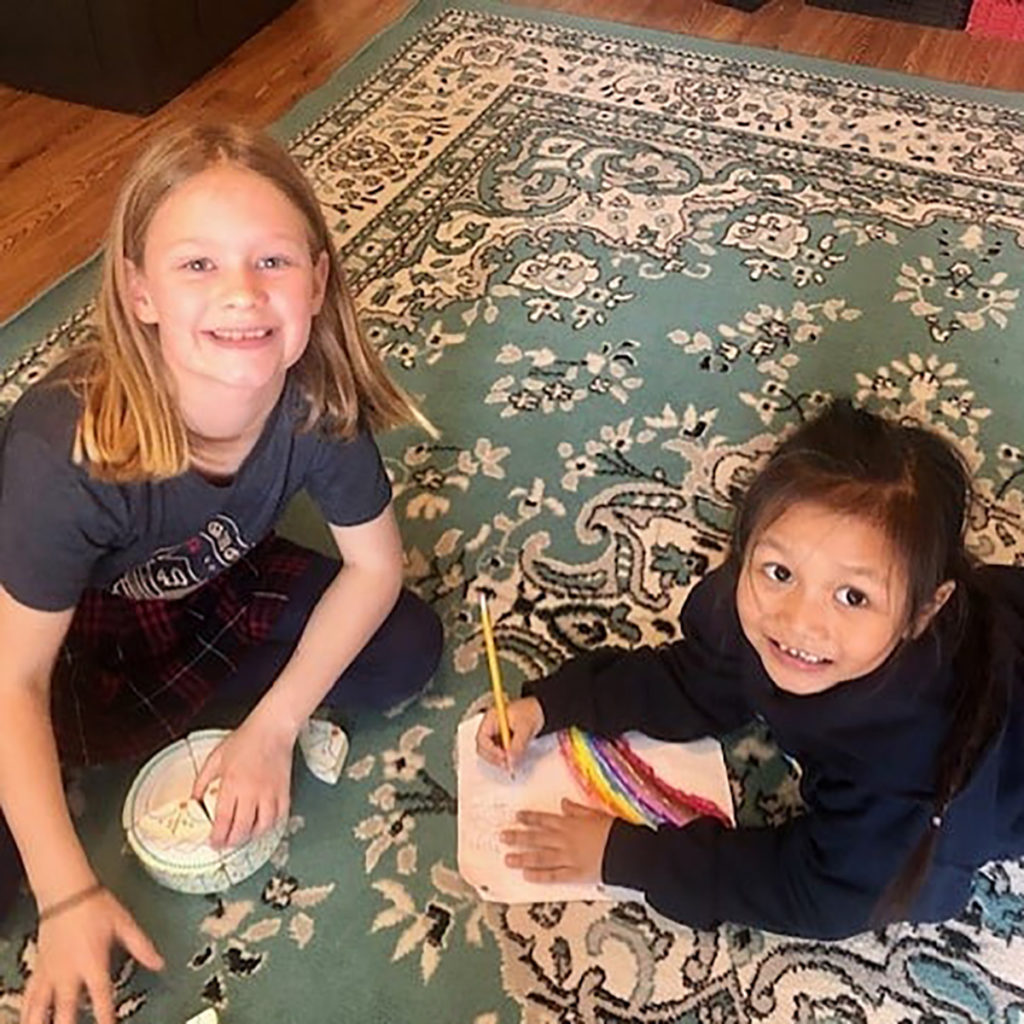 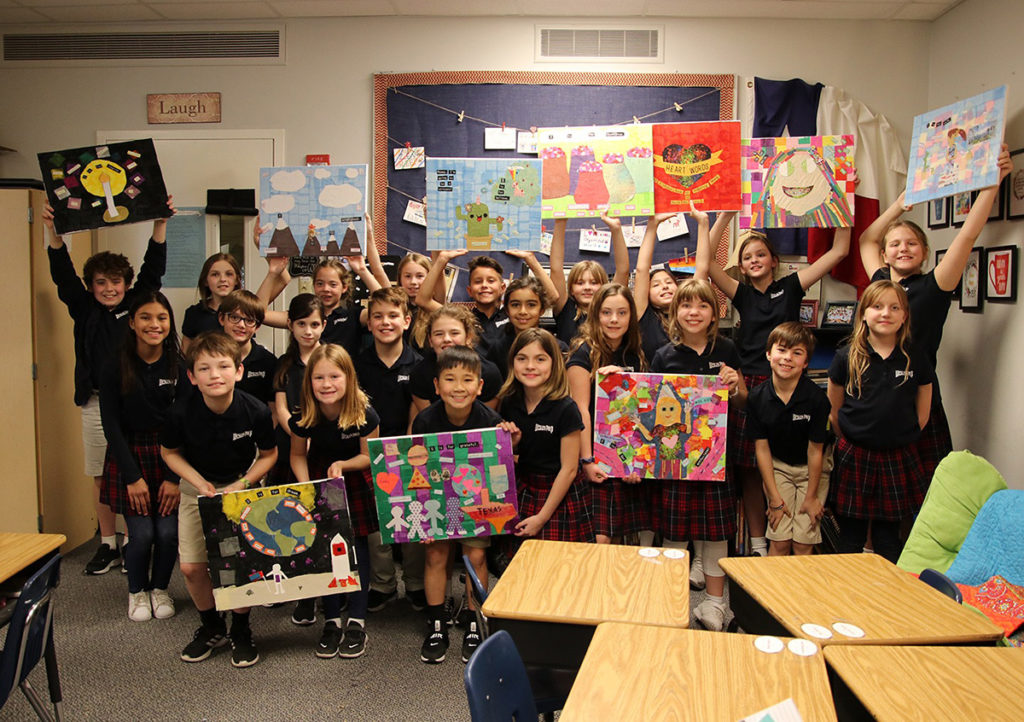 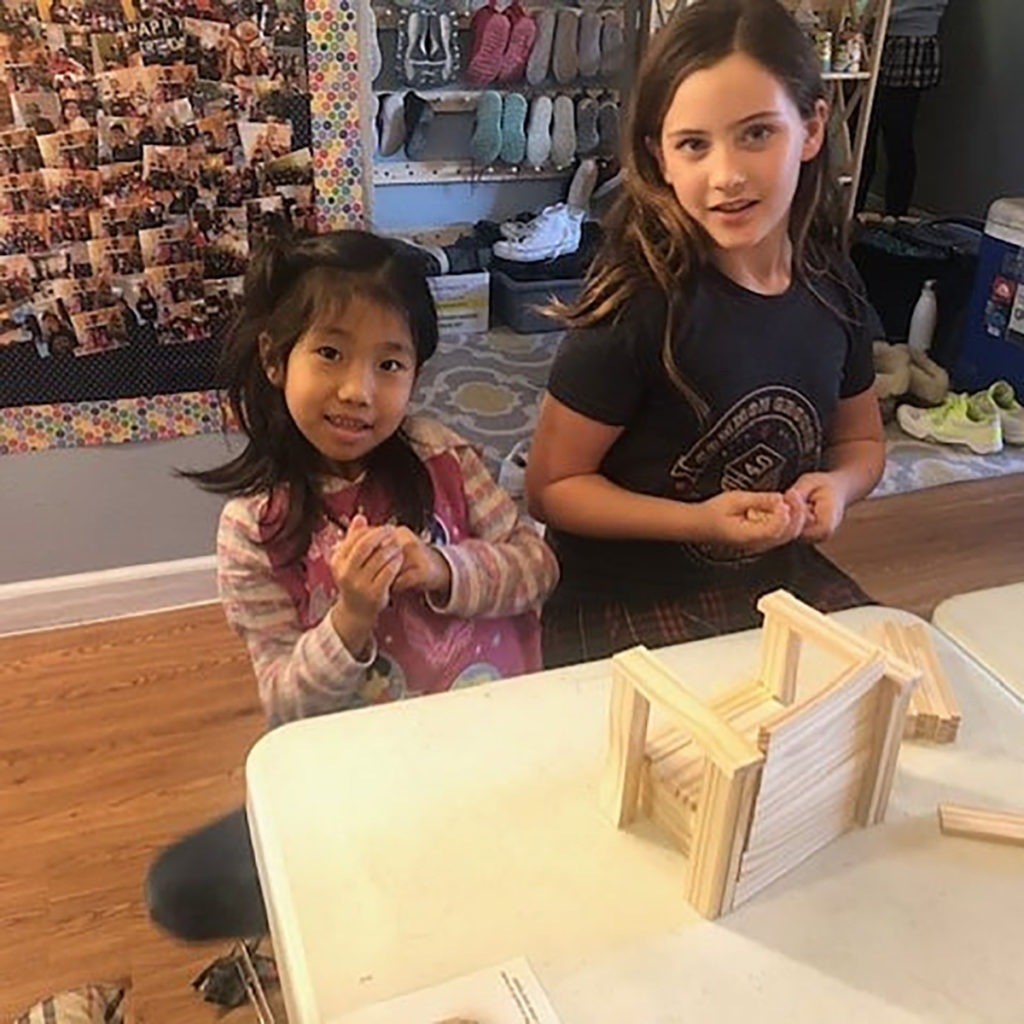 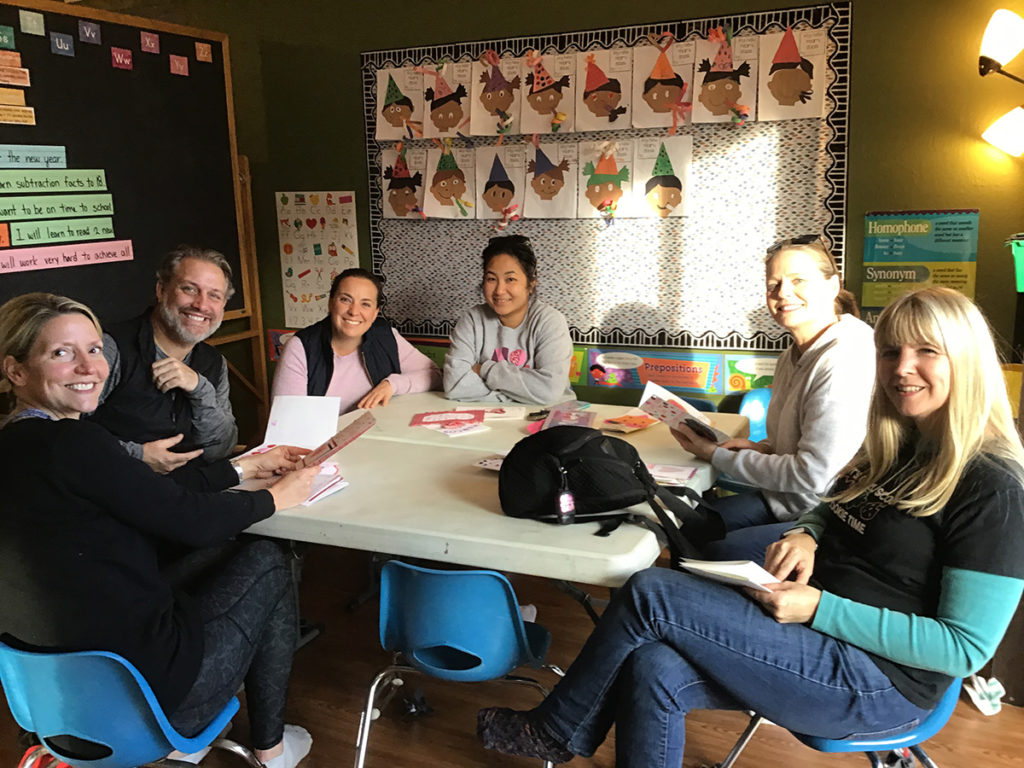 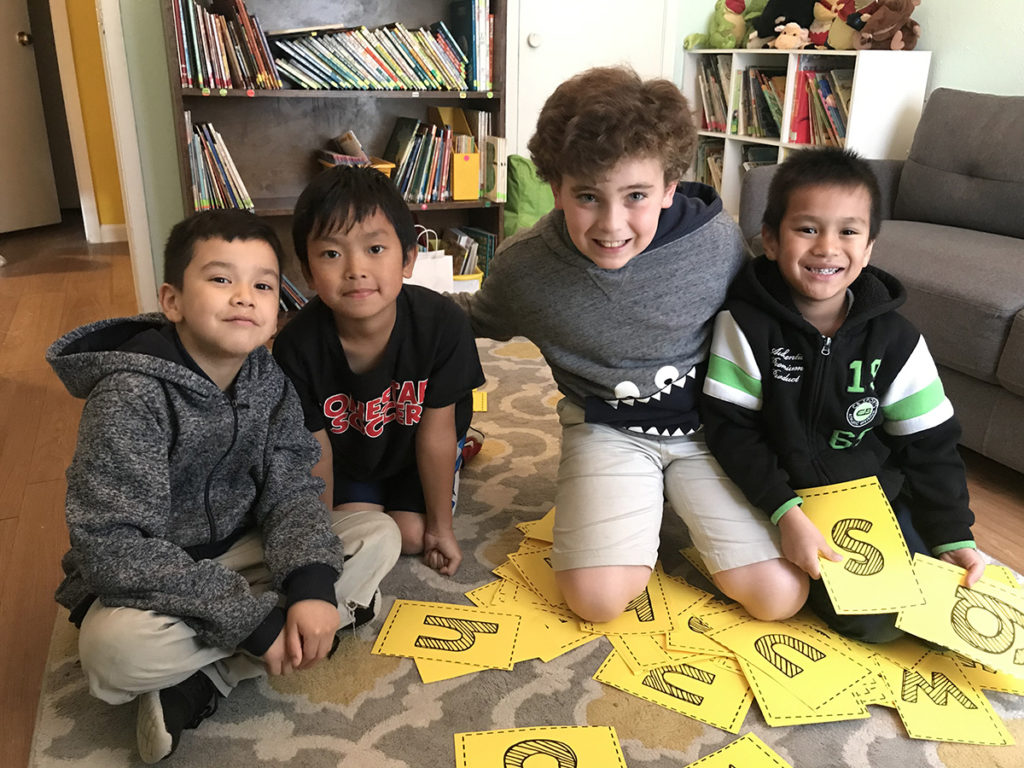 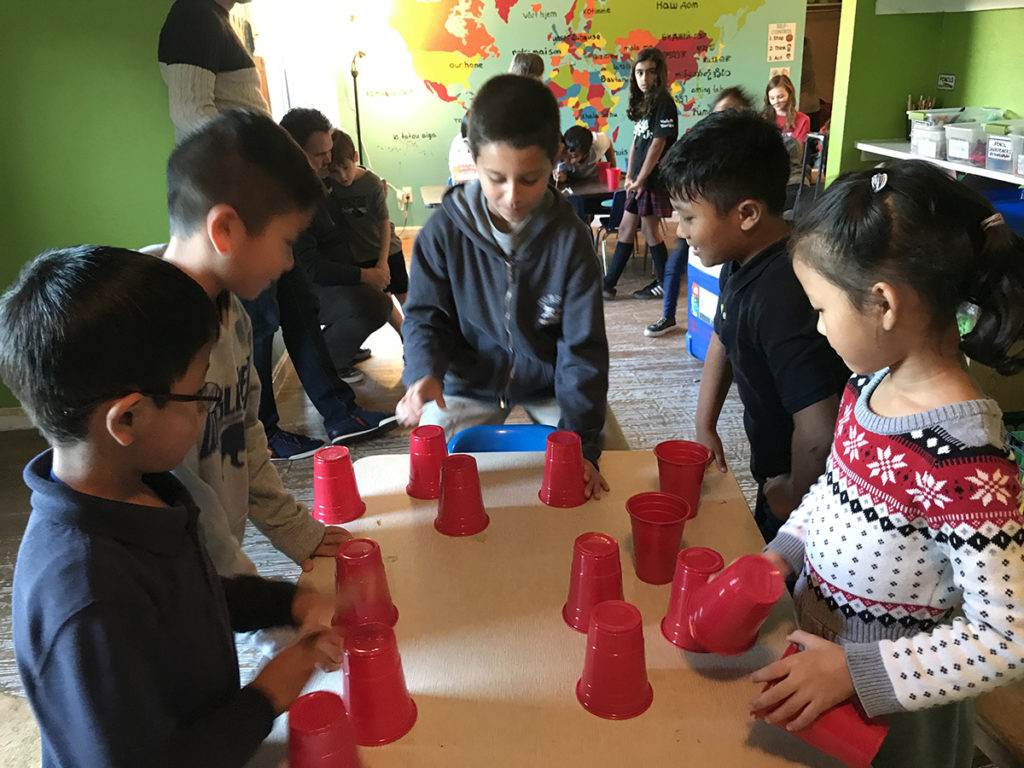 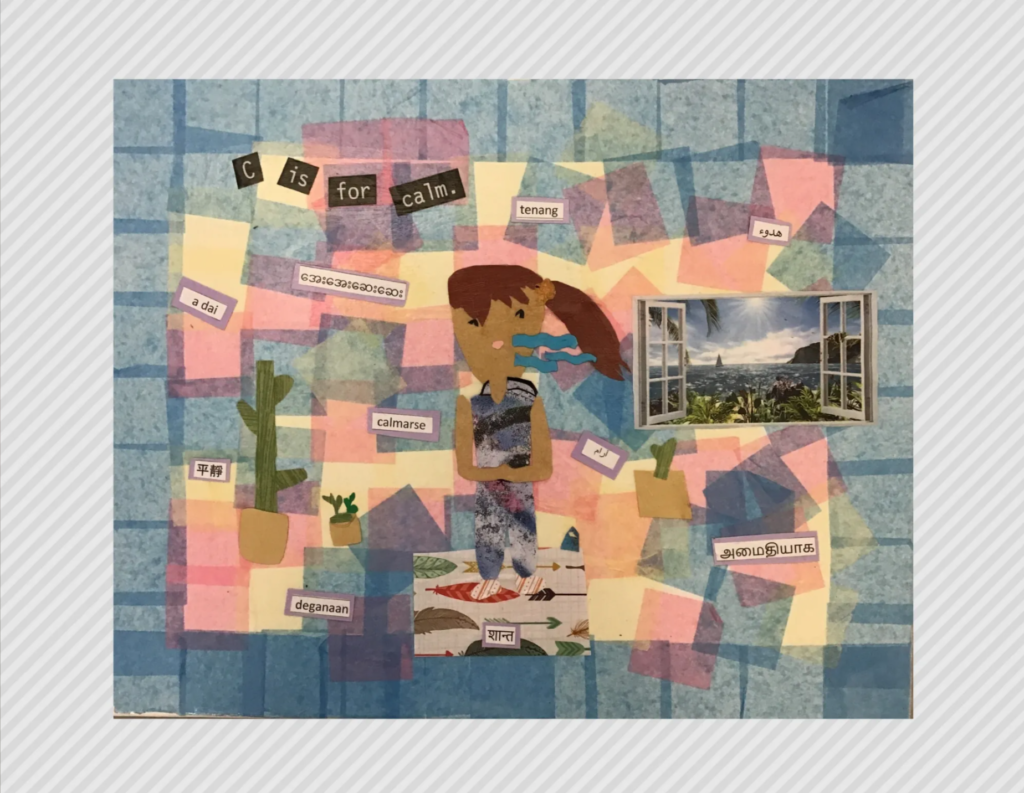 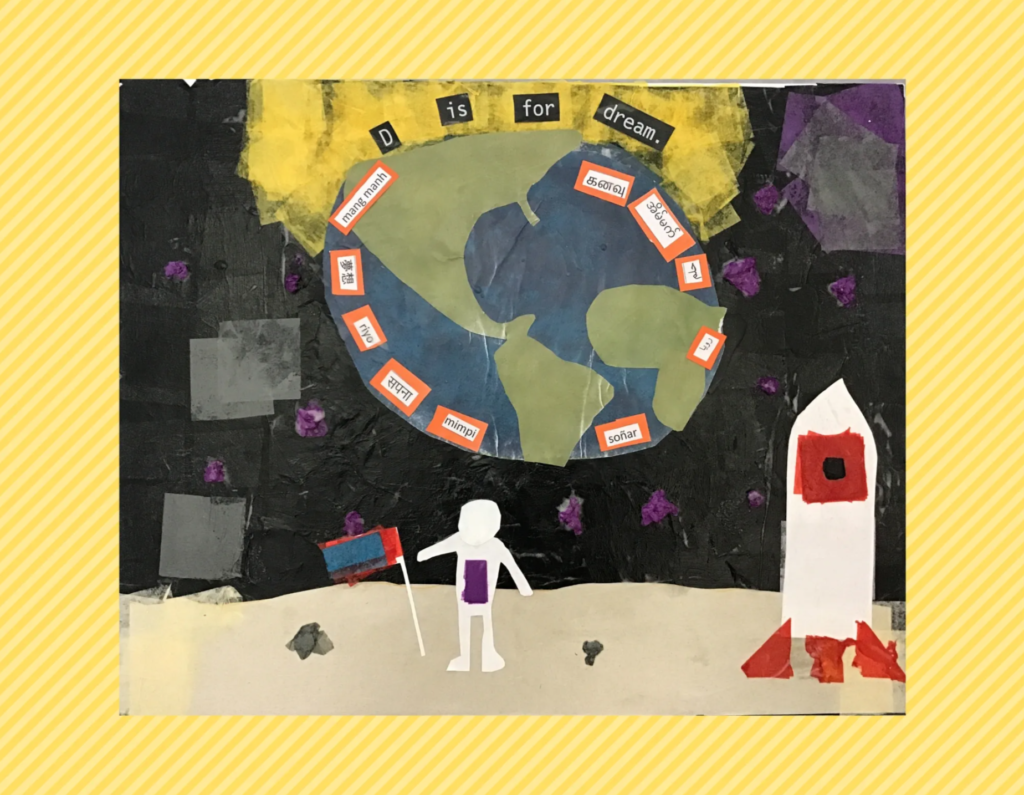 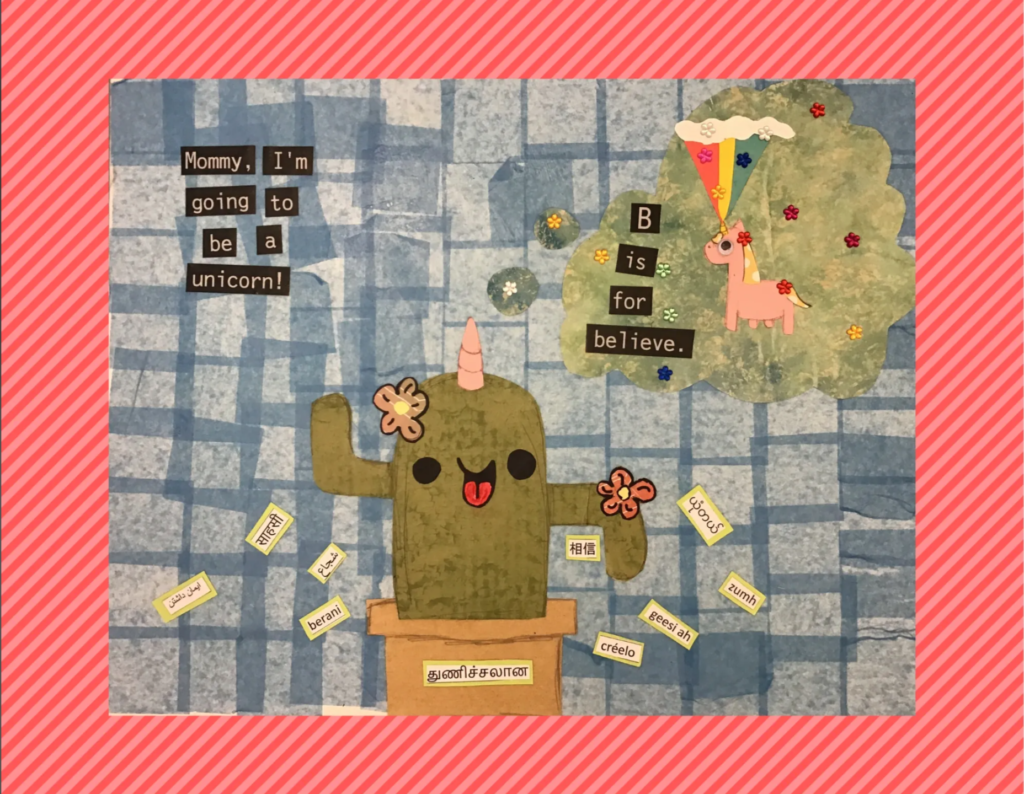 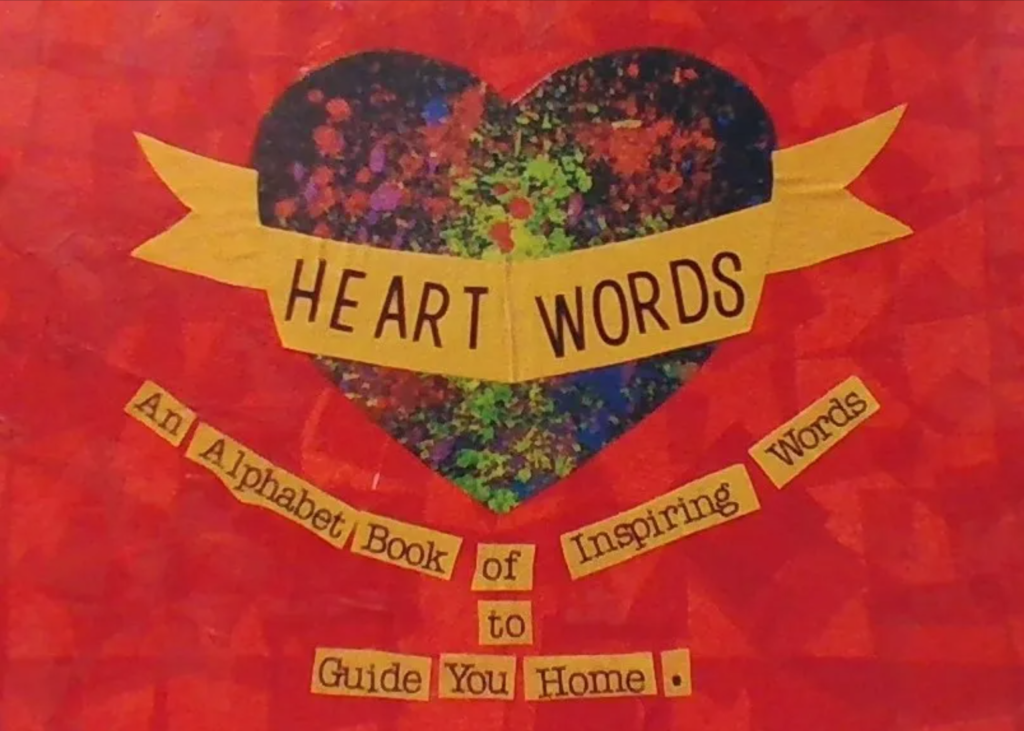 Heart House students, most of whom have experienced traumas such as war or poverty, developed social skills from meeting new kids outside of their classroom environment, said their teacher Christina Park. Translating the book into 10 languages made it more easily accessible to Heart House students.

Wesley Prep students empathized with the hardships of moving to another country. “I feel like we are just so privileged, and it was probably a hard journey for them. So it felt really important to try to help change that,” Lyla said.

This was the fourth annual “Common Ground Experiment,” in which Wesley Prep fourth-graders partner with nonprofit groups on creative projects meant to inspire unity over division. They’ve written books with the Austin Street Center, Bonton Farms, and Cafe Momentum, raising a total of $36,000 in proceeds. Enduring relationships have continued to form, Cousino said.

“They’re at an age where they’re really thinking about where they fit in the big picture of the world. And I want them to be curious and learn about other people and not assess someone’s value by anything other than the fact that we’re all human,” said Cousino.

Though Heart Words won’t be launched in-person as the books from previous years were, the students will instead host a virtual bedtime story event.

Cousino hopes the project will make her students braver and more open to creating connections with new people in the future. She looks forward to reuniting with the young authors so she can have a signed copy of Heart Words.

“I learned that even if you’re a kid, you can change the world,” said Lila.

After Being Caught, Shoplifter Tries to Buy Items