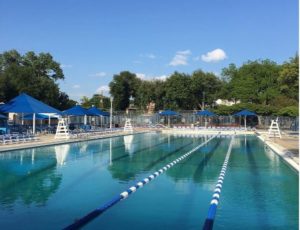 “We feel that it marries up better with what is going on throughout the state of Texas,” Corder said.

He said the question of removing the disaster declaration would come back before the council.

Jen Post, an aquatics supervisor with the city, said city staff considered options including recreational swim similar to last year’s general pool session, but only including the city’s large pool area, allowing lap swim only at $5 per swimmer, and the possibility of closing the pool for 2020.

Post said the lap swim option allows for nine lanes within the pool with one swimmer per lane.

“A lap swim I do see would be feasible and, since it requires fewer number of staff, I do feel like it would be a shorter implementation period, too,” she said.

Post said state guidelines allow for 25% of the bather load in the facility, or about 80 guests, and the Centers for Disease Control recommends disinfecting high-touch areas, disinfecting equipment between each lifeguard, for managers and deck attendants to enforce 6 feet social distancing, for lifeguards to have a 6-foot barrier around their stands, for lifeguards to wear masks when they’re off their stands, and for guests to wear masks when they’re not in the water.

Post said the capacity limit for the Holmes Aquatics Center is normally 400.