i write this with a very heavy heart. jill’s mom, glenna goodacre, died last night. jilly says, “i lost my mother, hero and best friend today, and my heart is completely broken. she was one of the most celebrated artists of all time, and yet she always said that her greatest pieces were her two children. i will miss her love, laughter, and humor.” i posted some of glenna’s most incredible works of art: the Vietnam Women’s Memorial in Washington DC, the Irish Memorial in Philadelphia, and the Sacajawea Dollar Coin. glenna was a great hero of mine, too – she personified strength and resolve. i’ve loved her deeply since i first met her when i was 22. i love you so much, glenna. you will always be a role model to me and, more importantly, to our daughters. you will forever be in my heart. please pray for my jilly and her family. thank y’all so much… ❤️

The Washington Post reports Goodacre’s health had been in decline in recent years and she’d been in the hospital in February for routine surgery.

Her work includes a 7-foot-6-inch sculpture of President Ronald Reagan, unveiled at his presidential library in California, a monument to victims of the Irish famine in Philadelphia, her design of the  Sacagawea dollar, which went into circulation in 2000, and, arguably her best-known work, the Vietnam Women’s Memorial sculpture, which was dedicated on Veterans Day in 1993, according to the Post.

She studied art at Colorado College, where she met her first husband, William. After she graduated in 1961, she returned to her hometown of Lubbock, where she started her career as a painter and began raising her children, Jill and Tim.

Her first small bronze sculpture was cast in 1969 by Forrest Fenn, who had a foundry and gallery in Lubbock at the time.

Glenna moved to Boulder, Colorado in 1974 and made a career shift from painting to sculpture. She then moved to Santa Fe after her divorce in 1983.

She married Dallas attorney C L Mike Schmidt in 1995. The couple had a home in the Park Cities area for several years as well as a home in Cabo San Lucas, Mexico. 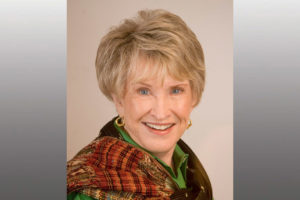 She retired from her art work and public appearances in October 2016.