The Dallas Symphony Orchestra League introduced the 2020 debutantes at the 34th Presentation Ball on Feb. 8 at the Morton H. Meyerson Symphony Center.

The Honorary Chairs for the 2020 Presentation Ball were Dr. Linda Burk and Dr. John Gilmore, longtime supporters of the DSO and the Dallas community. Their daughters Jane and Linda have been debutantes and their son John has served as an honor guard.

Melissa Lewis was the Presentation Ball Chair and Kim Brannon is the DSOL President. Melissa learned what to expect for the busy debutante season when her daughter Olivia made her debut in 2015. 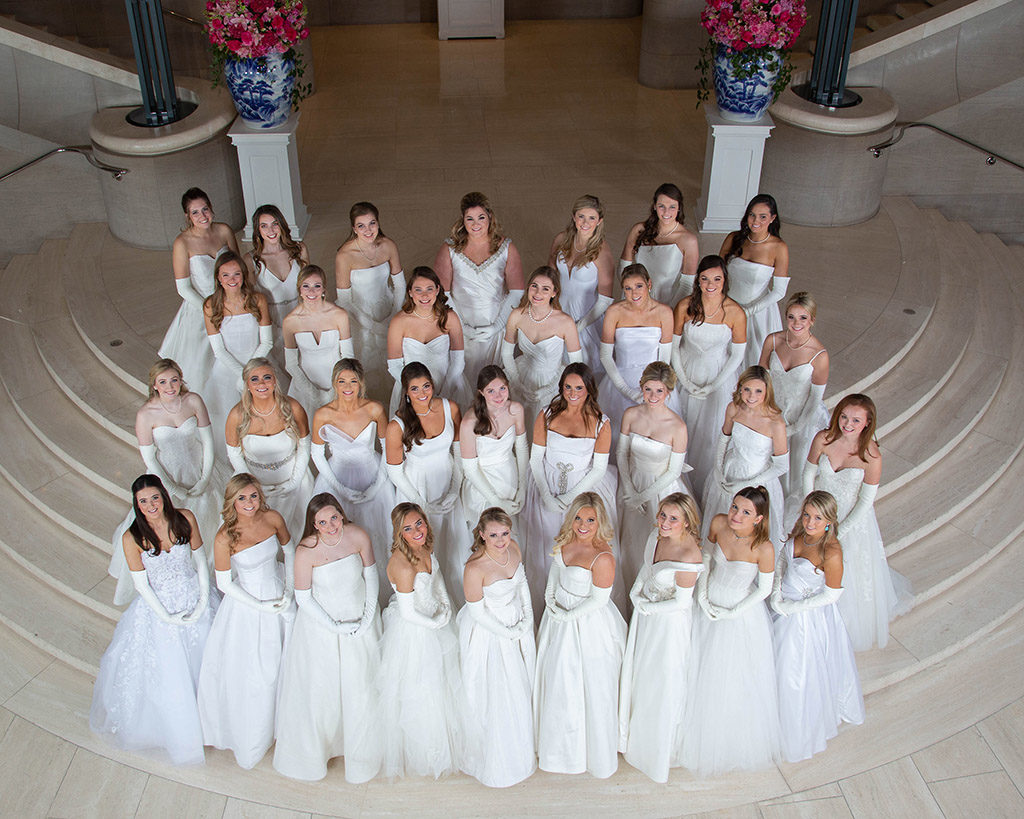 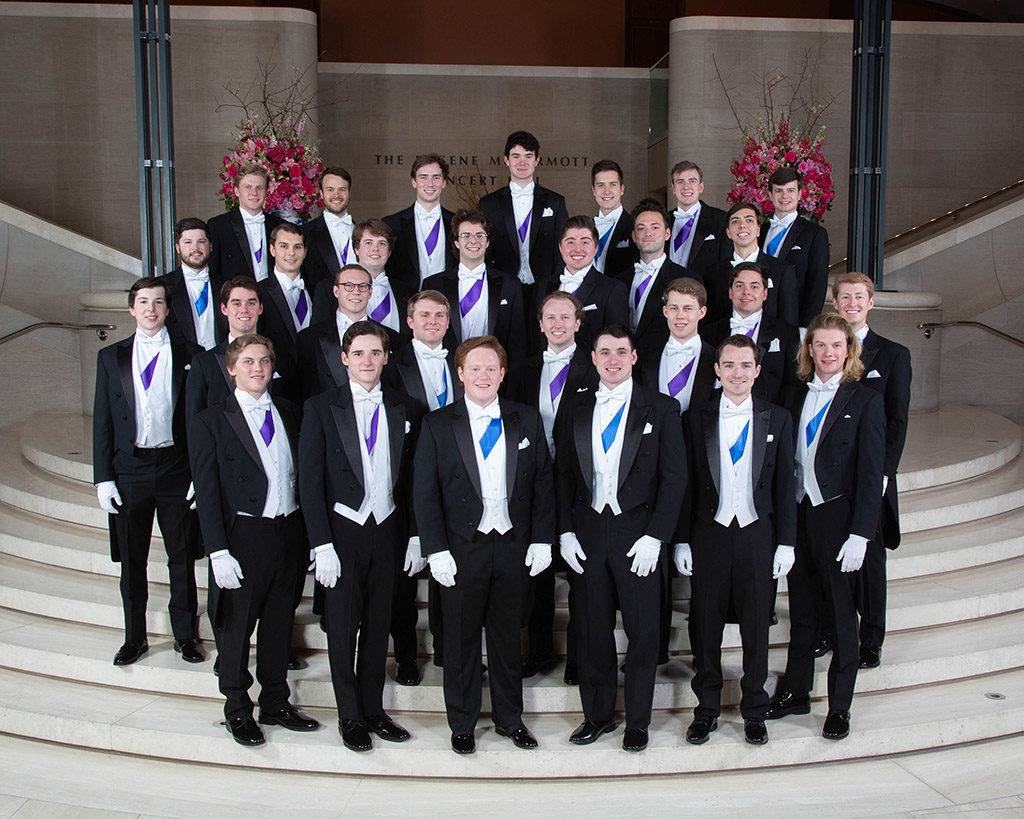 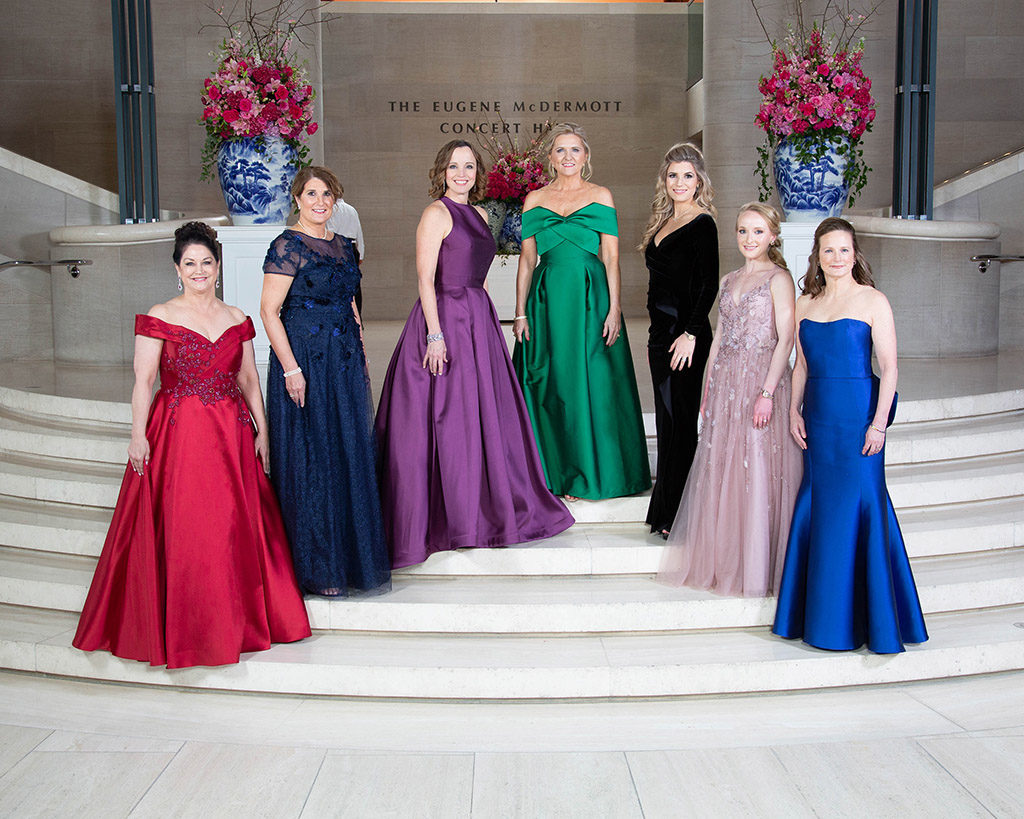 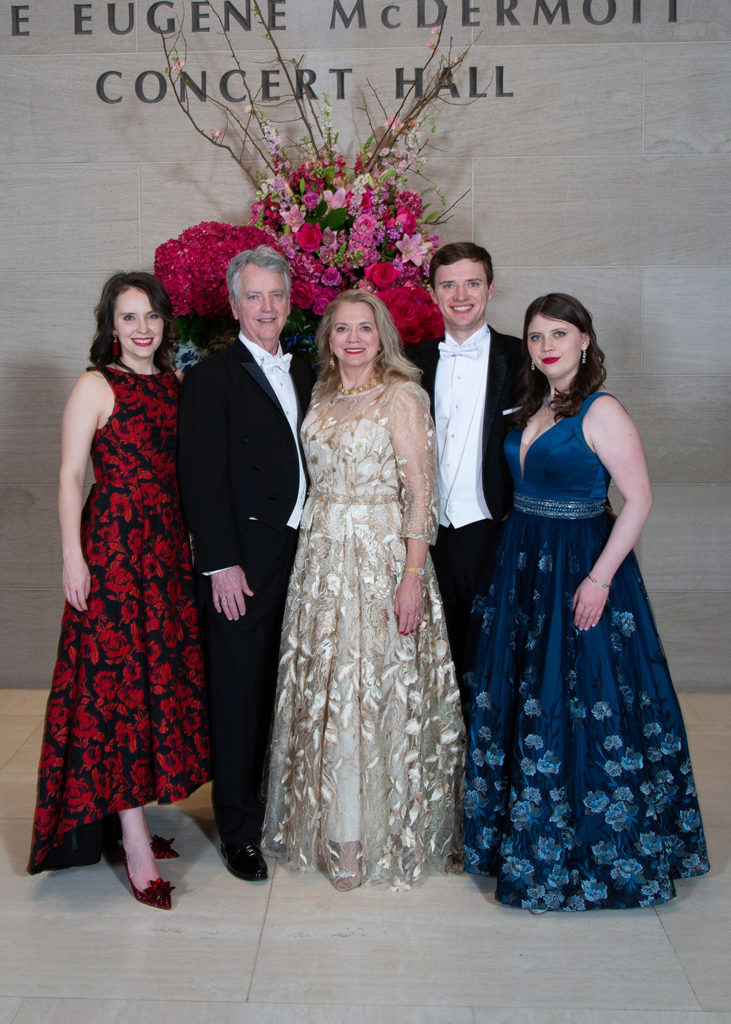 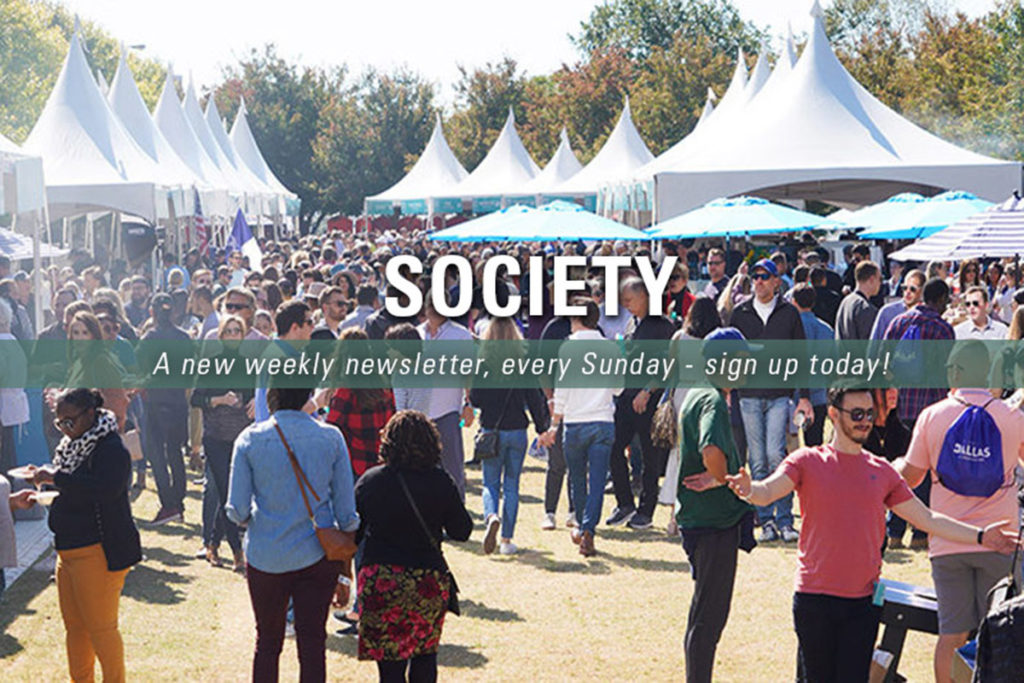 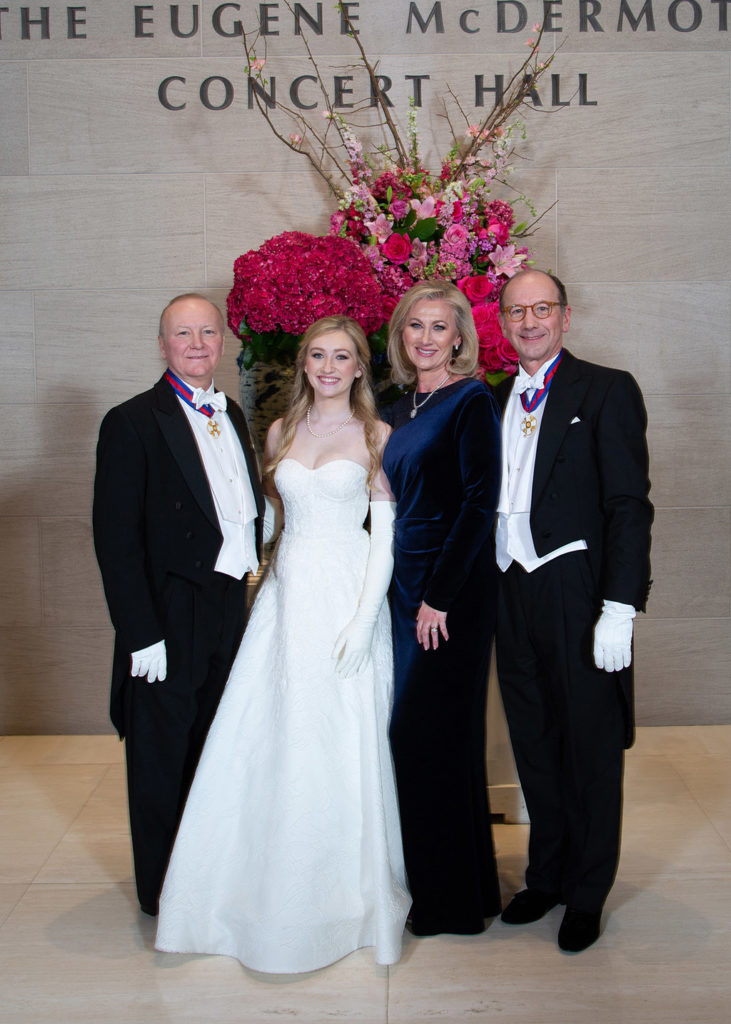 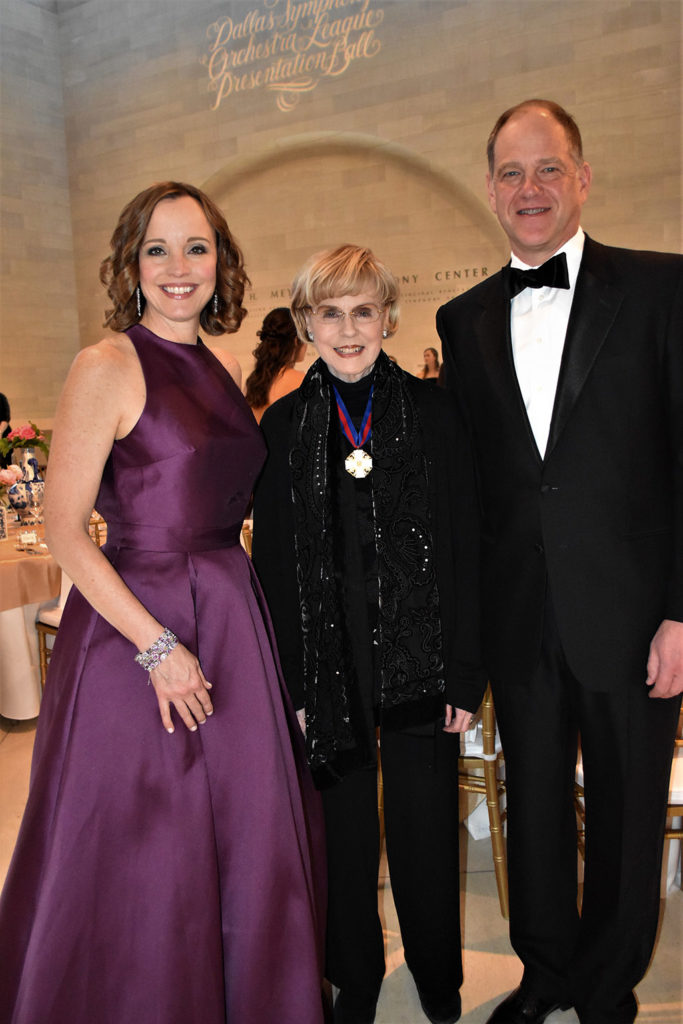 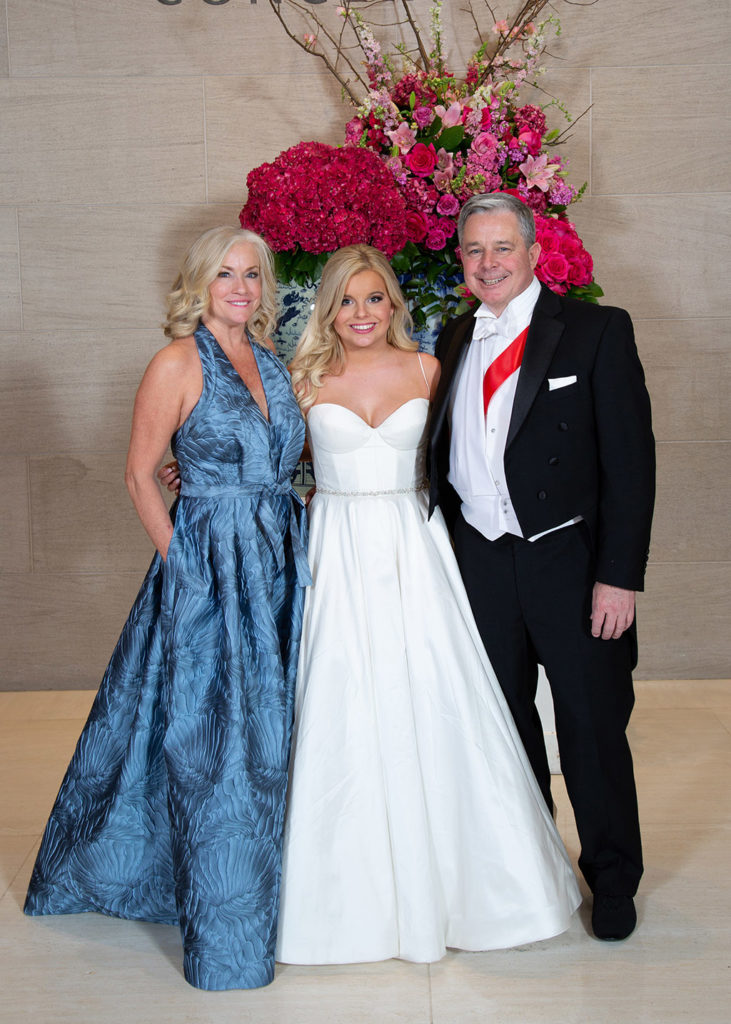 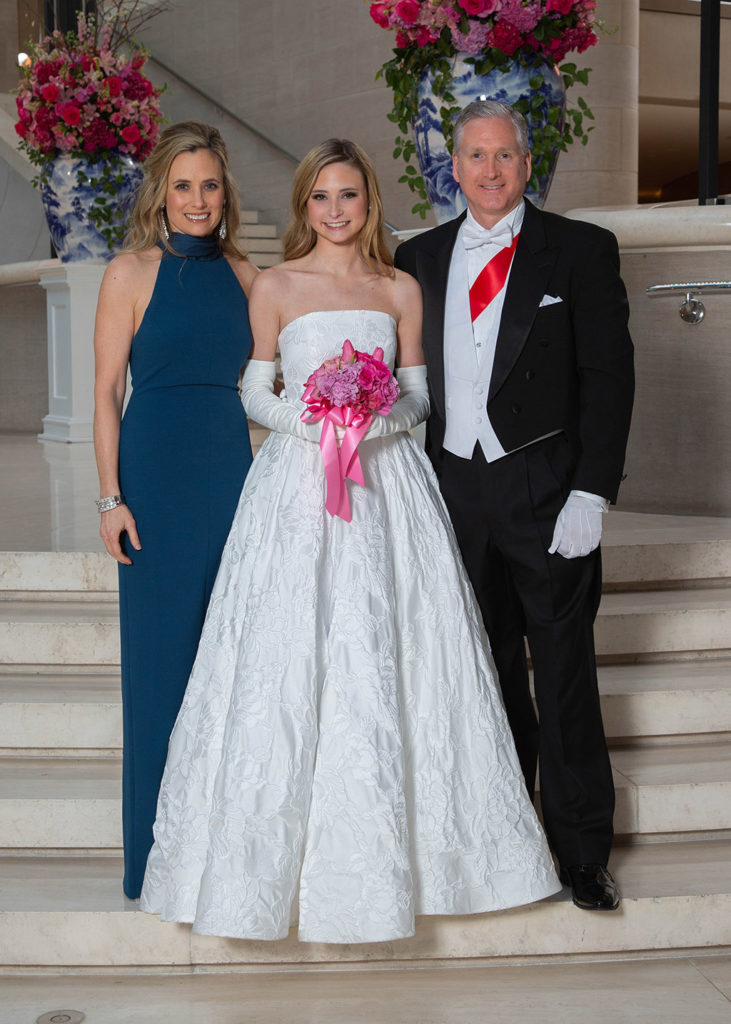 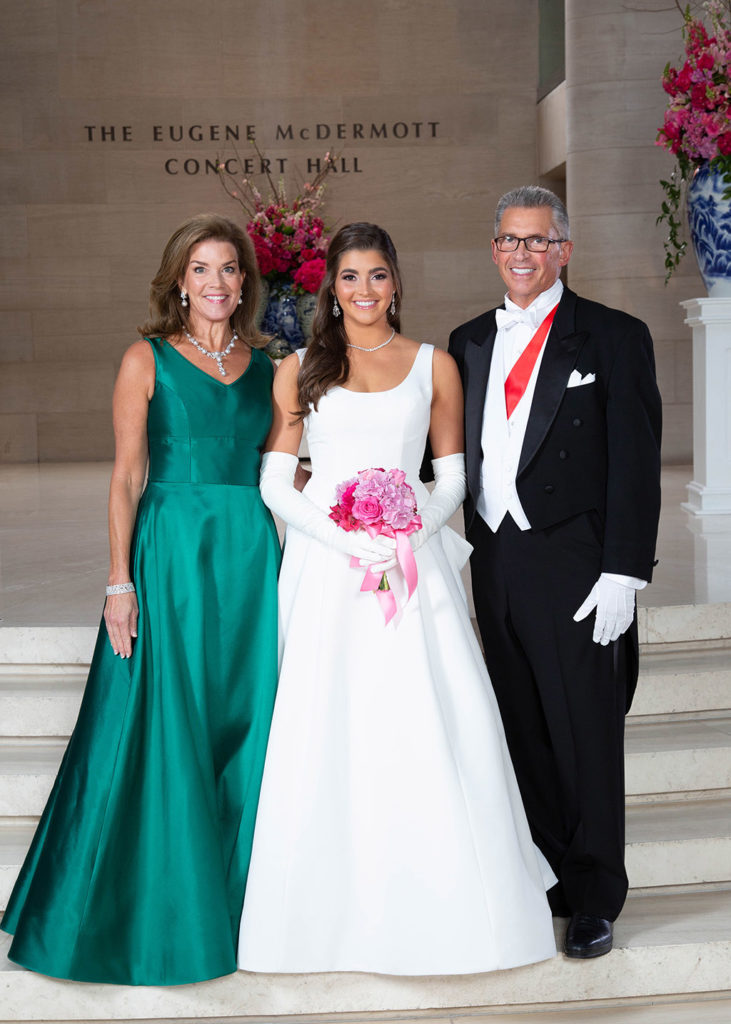 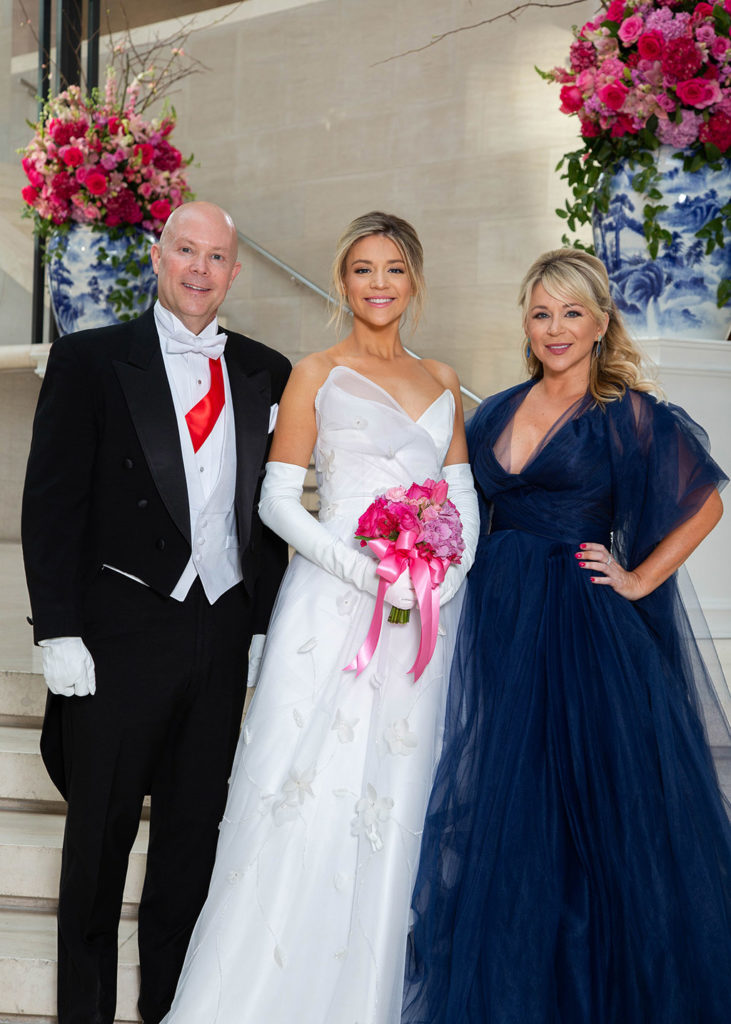 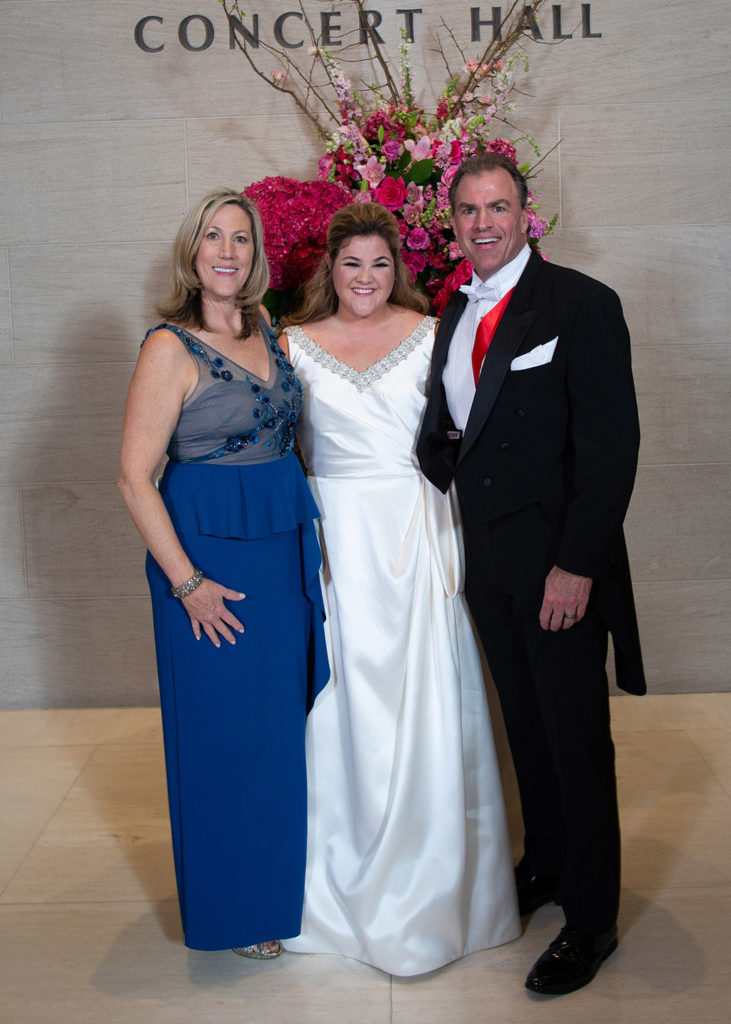 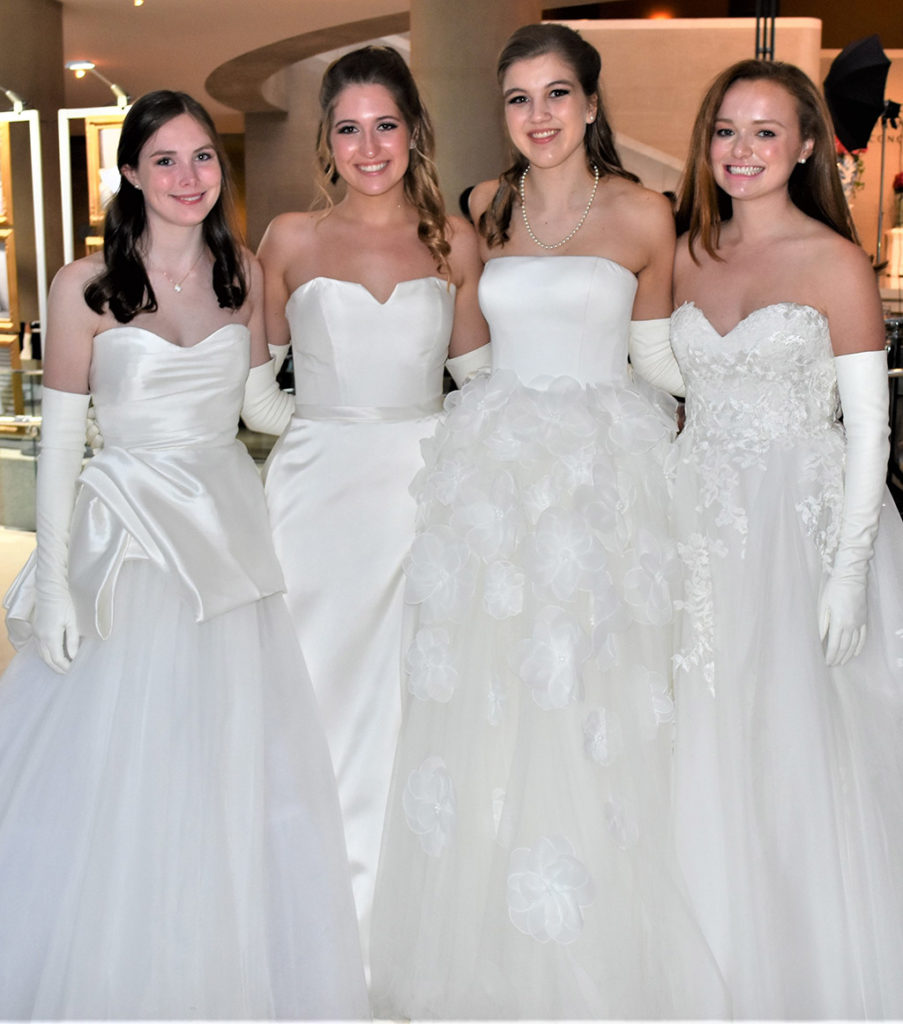 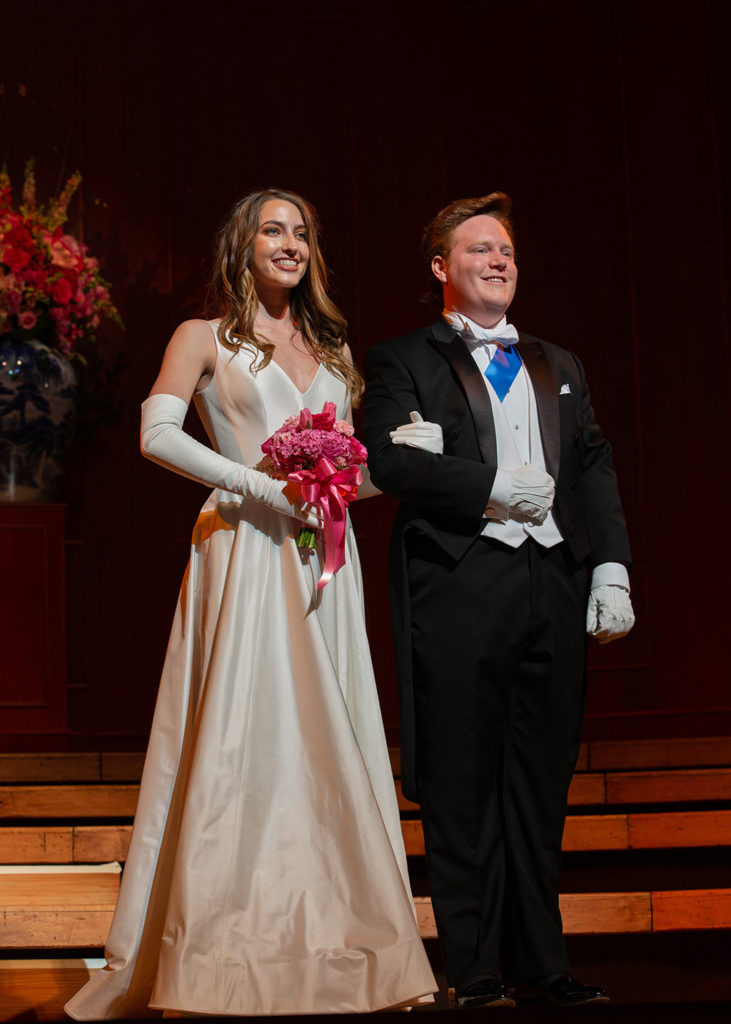 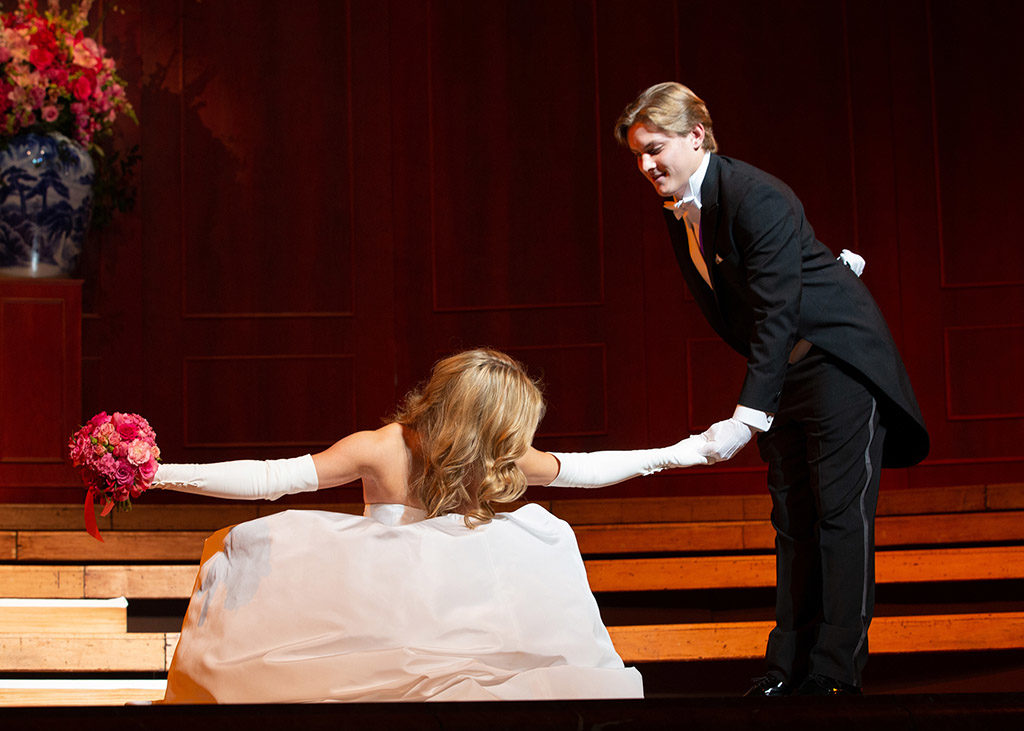 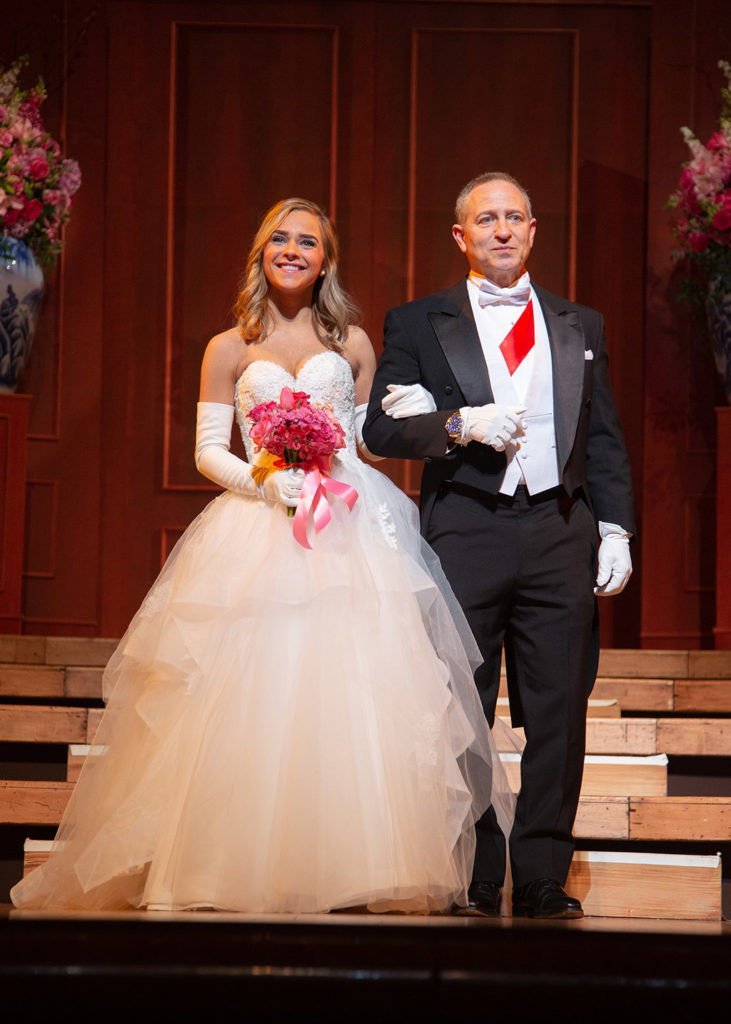 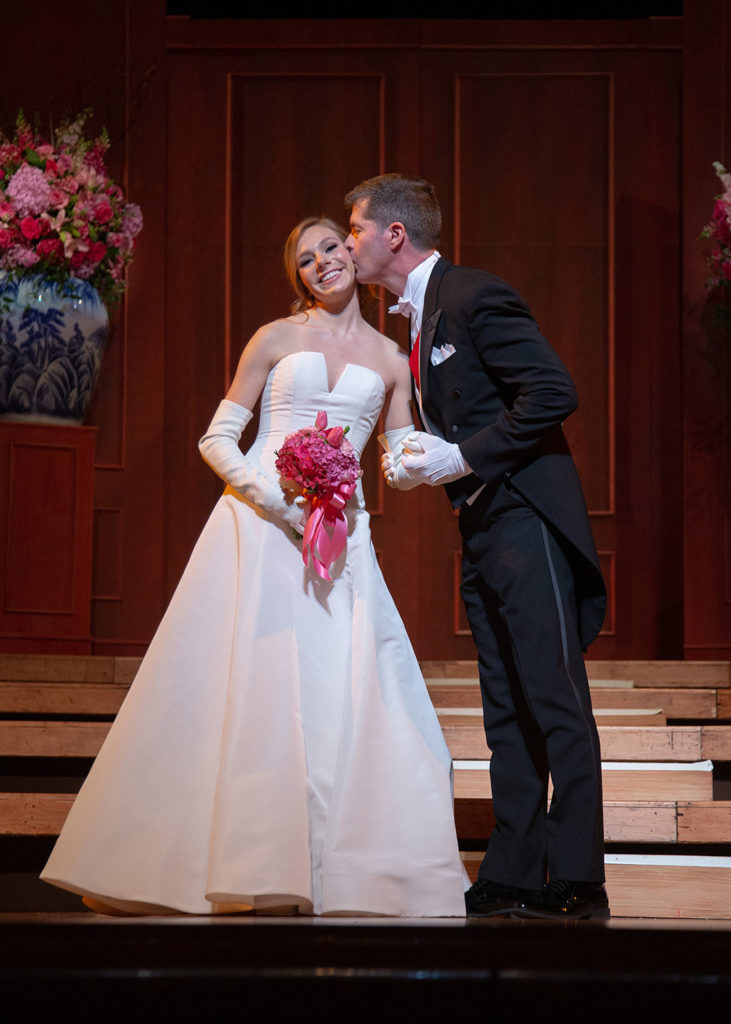 “I was so honored to have guided these wonderful young women through the 2020 Debutante season,” said Melissa. “Over the past 9 months, our debutantes and their families enjoyed many wonderful events and made memories that will last a lifetime. They made new friends and had one of a kind experiences all while supporting the outstanding education and outreach programs of the Dallas Symphony Orchestra. We are so happy to have them as part of our DSOL family.”

The presentation ball has established traditions for many DSO families in the past 34 years with several second and third generation families attending this year.

Three generations of the Sharon and Michael McCullough family have participated since the inaugural ball in 1987. Sharon was co-chair and daughter Debbie McCullough Hayhurst was presented that year. Debbie has two daughters Libby and Gracie who made their debut in recent years. Michael McCullough, Sr. founded the honor guard in 1987. Son Michael Jr. is a past honor guard and this year his sons Mac and Cy McCullough served as honor guards.

Also attending were several second-generation debutante families. Susan Averitt Duvall was a debutante at the inaugural ball and daughter Madelyn made her debut this year. The entire Averitt family was involved in the DSOL’s first Presentation Ball when Susan made her debut. Brother Mark Averitt was a member of the honor guard, and brother Don Averitt worked behind the scenes and graciously greeted the guests. Their work and support has continued since that time. Susan’s sister-in-law Barbara Averitt has assisted the debutantes since the first ball and sister-in-law Kendra Averitt has worked with the honor guard for many years. The Averitt family has continued their support of the Dallas Symphony for over 30 years.

Symphony patrons Howard and Fanchon Hallam have had two debutante daughters, Catherine and Louise, and this year their granddaughter Georgia Hallam was presented.

Things To Do: November Edition