A powerful pair of North Texas real estate leaders – one whose decades-long work has left an immeasurable mark on Dallas, the other a visionary entrepreneur whose savvy deals and developments are valued upwards of $3 billion – will receive their industry’s top honors this spring.

Marking its 32nd anniversary, the Reunion and Hall of Fame event will be held May 5 at the Dallas Country Club with an hors d’oeuvres reception beginning at 5:30 p.m., followed by the induction ceremony at 6:30 p.m. 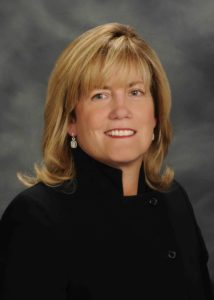 “Diane Butler is an industry superstar who is known locally and nationally,” said Kathy Permenter, a 2020 North Texas Commercial Real Estate Hall of Fame event committee member. “In everything she does, she leads with excellence whether it’s one of the companies she’s founded, the young professionals she inspires – in particular women – or the nonprofits she supports.” 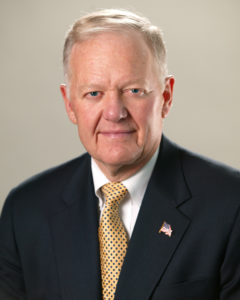 While Ray L. Hunt’s career has traditionally been defined by his successful stewardship of the oil and gas company his father created in 1934, Hunt is also known for his immeasurable contributions to real estate and community development throughout North Texas for almost 50 years.

Starting in the early 1970s, he began a dedicated effort to establish a real estate business for the company, combining a long-term positive view of the industry with a desire to seek innovative partnership opportunities where available. As a result, Hunt’s vision changed and defined the landscape of Dallas, with a unique public-private partnership with the City of Dallas named Reunion, and the ultimate development of the iconic Reunion Tower and Hyatt Regency Hotel.

Today, the real estate business that Hunt created is still making its mark throughout North Texas. Hunt Realty’s direct-owned assets in Dallas include its Reunion Holdings including the Tower, the hotel and approximately 20 acres of undeveloped land, the North End Apartments in Uptown and Hunt Consolidated’s downtown headquarters campus.

Hunt Realty is also partnering with The Karahan Companies, Chief Partners and Cross Tie Partners to develop the 2,500-acre master-planned and mixed-use project in Frisco known as Fields.

Within Fields will be residential and mixed-use commercial properties as well as the location of the national headquarters for the PGA of America and an Omni Resort Hotel and two championship-level golf courses owned and developed by TRT Holdings.

“Ray Hunt’s masterful investments in Dallas have contributed greatly to the success of our downtown and literally defined our skyline,” said Greg Cannon, co-chair of the 2020 North Texas Commercial Real Estate Hall of Fame event committee member. “His expansion into acclaimed luxury properties and master-planned residential communities illustrates the extraordinary vision he possesses.” 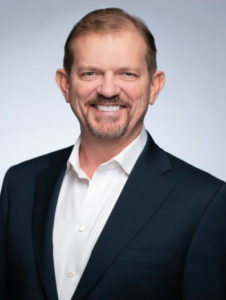 Leon J. Backes formed Provident Realty Advisors, Inc. in 1991, and today the company focuses on the acquisition and development of multifamily projects, master-planned communities and land development along with leasing, management and construction of retail, office, industrial and self-storage projects.

Additionally, Backes has been an opportunistic purchaser of distressed notes on real estate and other assets and has substantial private equity and oil and gas interests.

“Leon is an artist at heart, so combine that creativity with incredible business acumen, and you have a winning formula. Not only does he have significant holdings, he is spearheading some of Dallas’ most beautiful developments, including the stunning Preston Hollow Village,” said Lynn Dowdle, co-chair of the 2020 North Texas Real Estate Commercial Hall of Fame event committee member.

A number of sponsorships for the Hall of Fame dinner are available. For more information, go to ntcarhalloffame.org or email ntcar@eventlinkinternational.com.

A Daughter’s Twist on Family Business