Gaming enthusiasts, heads up: Dallas will host the kickoff matches for the Overwatch League, a global esports league this weekend.

The 2020 season of the Overwatch League begins Feb. 8 through 9, with the Dallas Fuel hosting multiple live esports matches as well as an amateur tournament for high school and middle school gamers. The two-day event will also give attendees the chance to meet gaming industry celebrities at Esports Stadium Arlington, the largest dedicated esports facility in North America.

In addition to the live matches and amateur tournament, fans attending will enjoy a special appearance by Overwatch voice actor Gaku Space (voice of video game hero Genji), carnival-style games with an Overwatch-themed twist, player meet-and-greets from the Dallas Fuel and access to exclusive event merchandise. 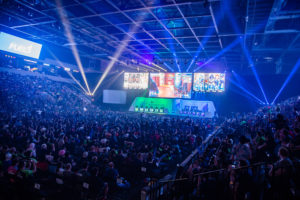 “Homestand Weekend last year showed that the blend of live esports and onsite entertainment makes an incredible fan experience,” said Justin Rojas, VP of Events for Envy Gaming, the Dallas-based organization that owns the Dallas Fuel. “If you enjoy gaming, are someone that is simply curious about esports, or are a rabid supporter of a favorite player or team, Dallas Fuel Opening Weekend has something for you.”

Dallas Fuel fans can see their hometown team open the 2020 Overwatch Season against the Los Angeles Valiant on Saturday, Feb. 8, at 6 p.m. and see the Fuel take on the 2019 Overwatch League champions San Francisco Shock on Sunday, Feb. 9, at 6 p.m.

Fans can also enjoy the Overwatch Fan Festival at the stadium as well, with an Overwatch-themed exposition hall offering the opportunity to play classic carnival games with a gaming hero twist, including the Rocket Punch or the Earthshatter Strength Test, relax in dedicated fan lounges, or show their support for their favorite Overwatch League team by grabbing an airbrush tattoo. 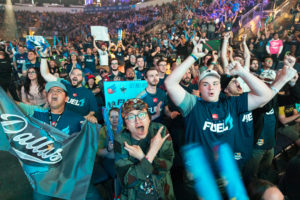 Sign-making stations, with the most creative signs likely to be featured on-air during the Overwatch League broadcast, will be available along with booths and appearances by local esports teams the Dallas Fuel, Dallas Empire, and Team Envy.

“The fan festival is going to be a huge bonus to everyone coming to experience Opening Weekend for the Overwatch League and Dallas Fuel – imagine an intimate, gaming-themed version of the State Fair,” said Rojas.

Throughout the weekend, the Dallas Fuel will host a cosplay showcase in the festival area featuring professional hero builds and signature props from popular North Texas cosplay group @frostbitecosplay. Ticketholders are welcome to cosplay inside Esports Stadium Arlington and take photos at a variety of gaming-themed photo backdrops.

In addition to the festival entertainment, the Dallas Fuel partnered with esports organizers at local Burleson Independent School District to host Burleson’s Esports Winter Invitational for hundreds of middle school and high school students and parents at Esports Stadium Arlington on Saturday, February 8.

On Sunday, Feb. 9, an online Overwatch tournament featuring collegiate esports teams will culminate with the final four universities facing off in live semi-final matches followed by the tournament championship from the festival floor. TESPA and a network of collegiate partners helped organize the collegiate play-in tournament.

The Dallas Fuel is one of 20 teams competing in the 2020 season of the Overwatch League. The Dallas Fuel is owned and operated by Dallas-based esports organization Envy Gaming, one of the largest and most winning esports groups in the world.

The internationally diverse Dallas Fuel roster consists of the best talent from around the globe and is the first team in Overwatch League history to host a home match in its home market. For more information, follow the team on Twitter @DallasFuel.

‘Father of eSports’ Looks to Score with Video Conferencing