The man accused of robbing three banks in Preston Hollow and Park Cities has asked to delay his day in court. 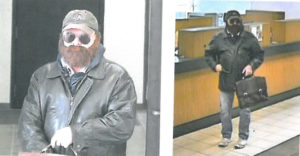 The Federal Bureau of Investigation unofficially nicknamed him “Mr. Potato Head” because he used disguises like fake noses and beards.

He was apprehended on Oct. 30 while allegedly attempting to change out his license plate after robbing the Bank of America.

Rutledge’s case was originally set for trial on Jan. 28. In his motion, filed by assistant federal public defender Erin Berman, Rutledge asked for a continuance so he “can make an informed decision on whether to plead guilty or proceed to trial.”

Rutledge has been held in the Kaufman County jail as a federal prisoner since Nov. 1.

Yesterday Afternoon, A Car is Jacked in Preston Center