In the 1951 tome The Lusty Texans of Dallas, written as part of The Society in America Series, John Rogers describes Dallas as a frontier where the abundance of “gamblers, dance hall girls, and outlaws” rivaled those found in western mining towns and founded by “one of the strangest and most visionary colonies of Frenchmen that ever migrated to the New World.” 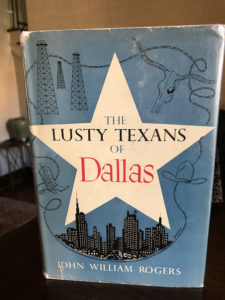 In 2020, one could describe Dallas the same way, especially the restaurant scene.

It’s been 18 months since Sebastien Archambault joined Dallas’ cadre of gamblers and Frenchmen as the executive chef of The Mansion Restaurant at Rosewood Mansion on Turtle Creek.

Leading this fabled restaurant is a gamble. There have been seven executive chefs in its nearly 40 years of operation, some more memorable than others, each one leaving their marks, for better or worse. What’s different about Sebastien is that this visionary Frenchmen would rather be a restaurant-driven chef than lead a chef-driven restaurant. It’s about respect, he said. “Respecting (Caroline Rose Hunt, The Mansion’s founder), the memories here, the team, the suppliers, and the guests.”

Maybe it’s because he has Texas roots, but Sebastien has a warmth and openness that isn’t immediately noticeable in some of his countrymen. He has twinkly brown eyes, an easy smile, and a clear affection for the work family that surrounds him.

Early in 2019, the restaurant received a review that was personally devastating to Sebastien. He apologized to the entire staff, front and back of the house, and accepted full responsibility. Trust and harmony among the team are of utmost importance to him. His leadership style of humility and accountability has served the restaurant well.

The Mansion fare is exceptional, unpretentious, and well-prepared using the finest ingredients. Not wanting to label the cuisine, Sebastien calls it neo-classical.

I’ll translate. It’s approachable and relaxed – not avant-garde tweezer-plated dishes that need to be Googled.

The seasonal menu includes three different cuts of organic, all-natural Texas beef; pasta, fish, duck, salads, soups, and artful vegetable dishes. One item that blew me away is the oysters served with fennel sausage, bread, and mignonette. The chef grew up eating this combination of pork sausage and oysters in southwestern France, and this, friends, is travel on a plate, especially when paired with champagne.

The Mansion is worthy and relevant in this dynamic, hyper-competitive market. In the tyranny of January, with the local landscape a washed-out grey, deciduous, and bleak, it’s warm, gracious, even comfortable. Service is attentive, not fussy, or arrogant. Like all best-in-class restaurants, prices are commensurate with quality, but by no means what I call “Dallas steak house extortion.”

Full disclosure, I handled PR for Rosewood Hotels for several years and, for a time, was directly responsible for The Mansion. I consider the staff there, family and the hotel itself, home. Every one of us “Lusty Texans” of Dallas should.

Drybar Opens at NorthPark This Friday

Scardello Launches Catering for All, We Grub