The circa-1923 James Bonham Elementary, now home to Solar Preparatory School for Girls, got a two-story addition and a renovation that opened with a ribbon-cutting in October 2018 — and now that project has been tapped for state honors. 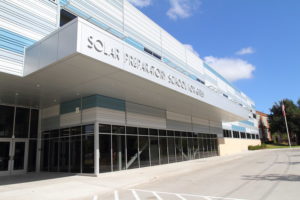 Dallas ISD won for Solar Prep, where the 1923 structure’s two-story addition and renovation provide the district’s first all-girls STEAM Academy with exploratory academic spaces, learning stairs for informal/group education, and transparent spaces with sliding glass doors for learning on display. A tornado shelter is incorporated into the design of the cafetorium. BWA Architects designed the project.

The Caudill Award goes to projects that, TASA said in a statement, “exemplify excellence in planning and design of the learning environment.” 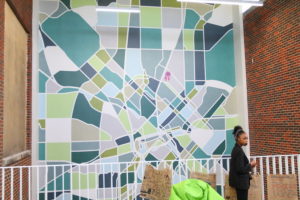 The winning projects received at least four stars from six areas of distinction, making them eligible for the award, which is named after Texas architect William Wayne Caudill, whose progressive concepts continue to influence school design.

The Caudill Award winners were chosen from among 34 projects awarded Stars of Distinction in the areas of community, planning, transformation, design, value, and sustainability.

The architectural projects will be on display in the exhibit hall and the winners will be recognized at the 2020 TASA Midwinter Conference in Austin January 27-28.

You can see more of the school in the video below.

The Most Important House In Texas